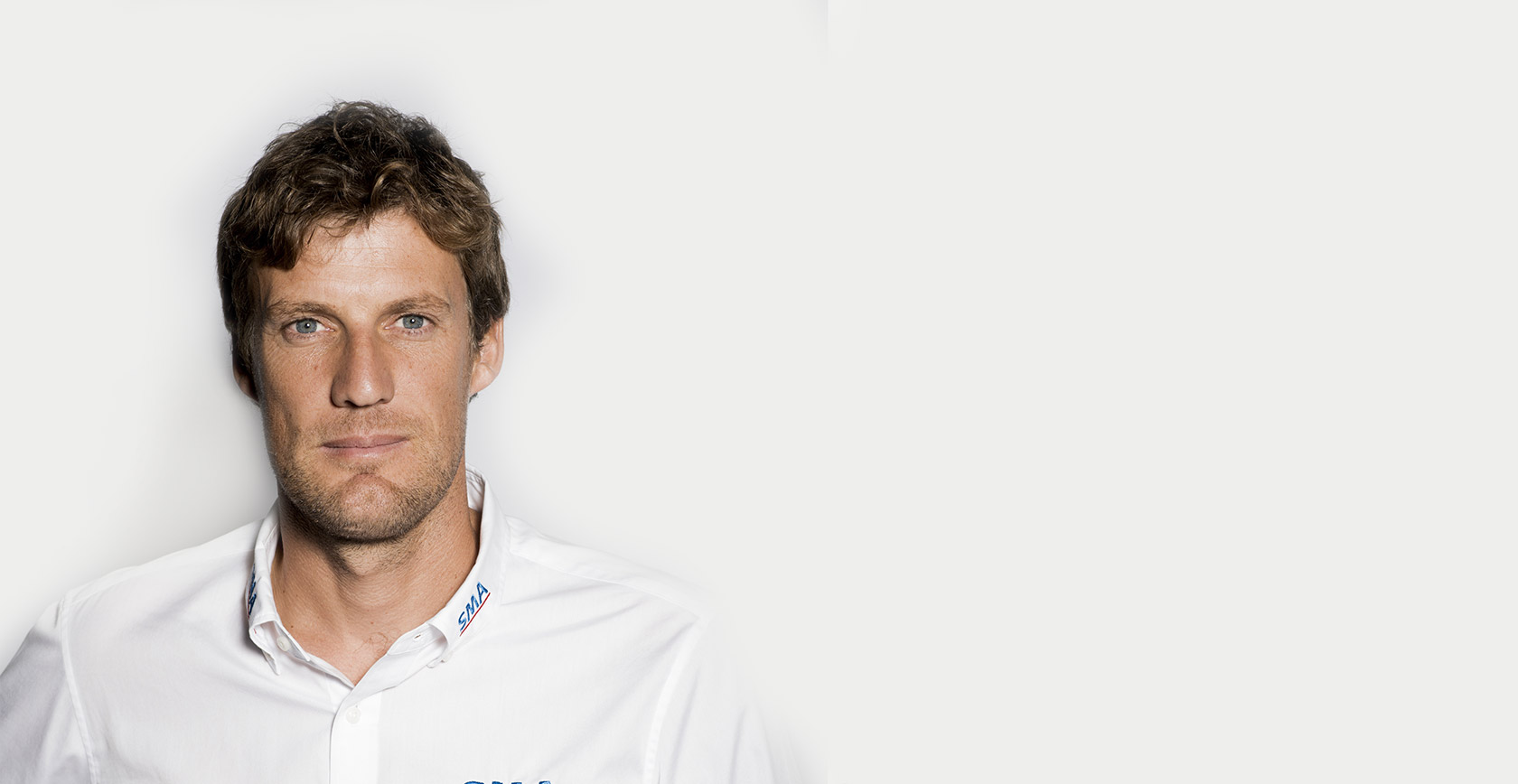 French ocean racing skipper Paul Meilhat is clearly not someone who lets things get him down. Neither is the affable 36-year old by any means short on ambition.

Despite his four-year IMOCA 60 sponsorship with French insurance company SMA coming to a close at the end of 2018, the irrepressible Frenchman has recently launched an audacious project aimed challenging for three major ocean races between now and 2022.

If he can get the backing to pull it off his first target race would be the Vendee Globe singlehanded non-stop around-the-world race at the end of next year.

Following quickly on from that would be 2021 edition of The Ocean Race (formerly known as the Volvo Ocean Race) – another circumnavigation, but this time with a crew of five and with stops along the way.

Rounding off what Meilhat described in an interview with the French newspaper Le Figaro recently as “the triptych* of extreme”, would be the 2022 Route du Rhum singlehanded transatlantic race from northern France to the Caribbean.

Although right now Meilhat is a man with a vision and a bold plan of how to achieve it, he is also a man who no longer has a boat or indeed a backer to fund the not insignificant costs involved in designing and building a new one.

Nevertheless he vehemently believes he has can find the support from within the French business community to turn his vision into a reality. Much of this confidence stems from his victory in the IMOCA 60 class in the Route du Rhum at the end of 2018.

That win, he told le Figaro, has earned him the legitimacy to launch such a project.

Meilhat started his competitive sailing career as an Olympic campaigner in the Laser and 49er classes before making the move to offshore sailing in 2008 when he first competed on the singlehanded Figaro Circuit.

He soon graduated to the IMOCA 60 world and with the backing of SMA took on his first Vendee Globe in 2016 – using Francois Gabart’s winning boat from the previous edition, meticulously prepared by Michel Desjoyeaux’s Mer Agitee prepateurs.

Despite turning in an impressive performance for a rookie VG skipper which saw him in third place in the week leading up to Christmas, he was forced to pull out when he discovered a large crack in the hydraulic cylinder used to control his boat’s canting keel.

He was devastated to have had to withdraw but only weeks later was back out on the water in France, feeding his all-consuming addiction to the sea.

Meilhat sailed a smart and aggressive race in the 2018 Route du Rhum, surviving storm conditions on the opening night and first few days out of France to be the second boat IMOCA 60 across the finish line in Guadeloupe 12 and a half days later.

He was elevated to first overall soon afterwards when the jury awarded line honours winner Alex Thomson a time penalty for using his engines after he ran aground on Guadeloupe while asleep.

Although he has made his name as solo sailor Meilhat says he enjoys the teamwork and social interaction that goes hand in hand with fully crewed racing a just as much – if not more.

“I loved sailing alone, but the crew is more in tune with my DNA,” he told Le Figaro. “I enjoy human relations and I like to highlight the skills of those around me.”

While other skippers and teams are focusing their campaigns narrowly either on the Vendee Globe or on The Ocean Race, Meilhat’s opinion is that it is more cost effective to and appealing to a sponsor to shoot for a three-race programme with a budget of less than five million Euros per year.

“It’s much better than our boats sail in other races rather than being stored in car parks in-between Vendée Globes,” he said.

“If we do the two world tours and the Route du Rhum, we are hardly more expensive than if we only do the Vendée Globe,” he explains. And I’m targeting multinationals who may be interested in benefitting from the extra exposure of The Ocean Race”

“This event is much more exposed than the Vendée Globe at the global level. It’s also far ahead in attracting visitors, with more than 100,000 people received last race. Also, it lasts much longer, almost a year, with eight stages visiting six continents.

“It’s a great way to showcase French know-how abroad. And it’s a lot cheaper than the America’s Cup.” Meanwhile Meilhat is keeping himself well positioned in the public eye as he continues to beat the fundraising drum for his campaign. He was recently announced as co-skipper with British sailor Sam Davies of the Initiative Coeur IMOCA 60 in the double handed Transat Jacques Vabre race taking place in October 2019.

* the triptych – yes, we had to look it up too: https://en.wikipedia.org/wiki/Triptych