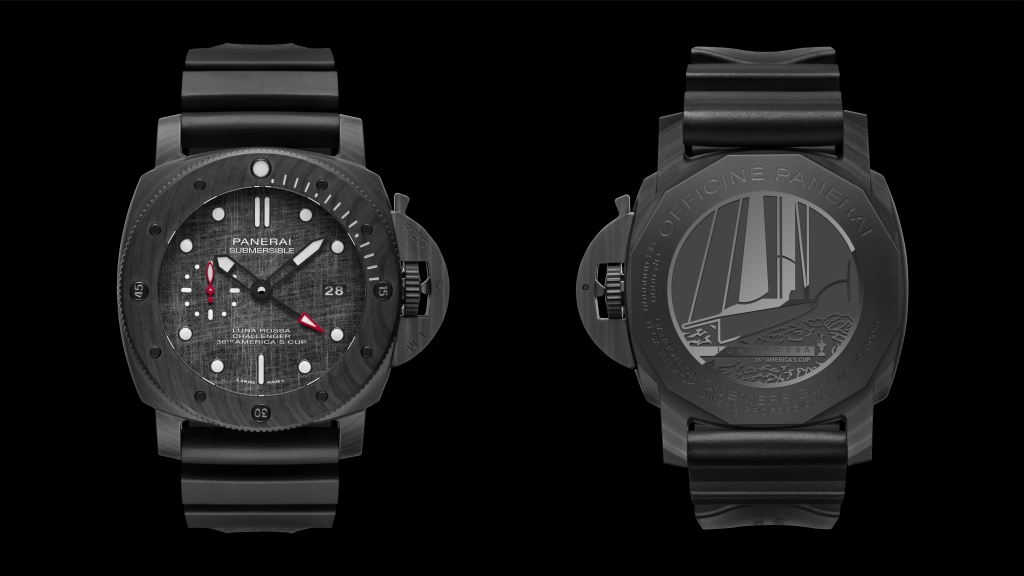 No self-respecting America’s Cup campaign is complete without a high-end watch manufacturer as one of its sponsors and nobody knows that better than the official Challenger of record for the 36th America’s Cup Luna Rossa who have just announced a partnership with fellow Italians Panerai.

As part of the agreement which was signed by Panerai CEO Jean-Marc Pontroué and Patrizio Bertelli, president of Luna Rossa and CEO of the Prada Group (the title sponsor of Luna Rossa along with Italian global tyre manufacturer Pirelli) Panerai will create a series of diving watches directly inspired by the technologies and materials used in the America’s Cup.

The partnership marks a return to the America’s Cup for Panerai who in the last edition in Bermuda in 2016 were the official watch of the 36th America’s Cup.

The first of the exclusive new timepieces – the Submersible Luna Rossa diving watch – is water-resistant to a depth of 300 metres (30 bar) and will be built from carbon and sailcloth with a titanium back engraved with an image of the Luna Rossa AC72 along with the team’s logo and the America’s Cup profile.

Check out the 10 Best Waterproof Watches In 2020 – https://www.globosurfer.com/best-waterproof-watches/

This watch will be worn by the Luna Rossa sailing team which is headed by two-time America’s Cup winner Max Sirena and includes helmsmen James Spithill (winner with Oracle Team USA of the 33rd and 34th America’s Cup matches) and Francesco Bruni, and tactician Vasco Vascotto.

“As an Italian sailor and a watch enthusiast, I am delighted and proud of this partnership signed by our team with a brand which has such impressive credentials in the field of sailing,” said Sirena. “[It’s] a strategic link, resulting from a significant sharing of values and a remarkable passion in common.”