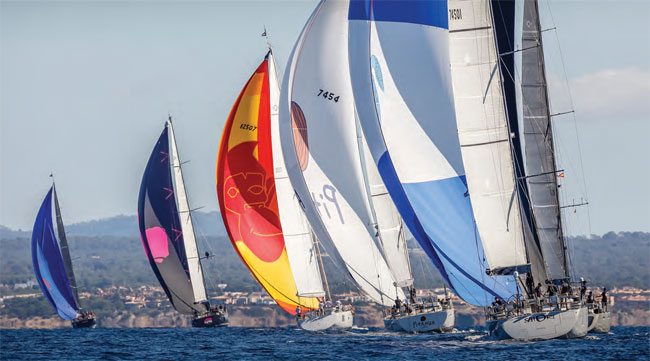 No wonder the Oyster Palma Regatta is so often oversubscribed. A great learning experience, a brilliant party, a stepping stone to far horizons, an essential networking event and a whole lot more.

Among the boats lined up along the dock outside the Real Club Náutico de Palma, not one had been designed purely for racing. Yet as the 30-strong fleet turned the weather marks during the four days of racing to head downwind, the number and speed of spinnaker sets said it all when it came to judging just how competitively owners and crews were taking the Oyster Palma Regatta.

But while Palma may stand out in the Oyster world, there are other group activities that bring these yachts and their crews closer into line with regular racing circuits. This year’s Oyster event in Antigua followed the culmination of the 2017-19 Oyster World Rally, a fully supported Oyster rally around the world.

Taken in isolation these events don’t look like they have much in common with the performance world, yet collectively they form an important part of Oyster’s offering. Among the key messages that emerge, Oyster Yachts’ reputation for outstanding global support is way up the list and is a big part of the reason that many invest in their Oyster.

So too is the knowledge that prospective owners will be buying into the “Oyster family”, a community of likeminded people. If you’re going to take on the world, or even just part of the odd ocean, it’s comforting to know that you do so in good company. And herein lies one of the key reasons for Oyster’s persistence with its regattas.

Racing blue water cruising yachts around the cans isn’t an obvious fit for boats that have been designed to stretch their legs across thousands of miles. Nor is it a natural move for many of their owners. Yet the Palma Regatta has not only been going for more than 20 years which proves its popularity, but with an entry limit of 30, the week-long event is frequently over-subscribed.

In contrast to other leading brands that hold either one-off regattas or a season of events, Oyster Yachts hosts just one annual regatta. Yet this is still sufficient to draw owners with no previous experience.

‘This is our third year, our third season with this boat. I don’t come from a racing background at all and so would class myself as a real novice,’ says Mike Kearney, owner and skipper of the Oyster 56 Sionna. ‘I’ve got my brothers and their wives here on board, so we’re not a professional crew. We have one local guy here helping us who knows the area, but otherwise it’s a family boat and we race it as a family.’

Kearney is also happy to admit that he has only ever competed in three regattas in total, all of them the Oyster Palma event. Yet throughout the week the high standard of their sailing was clear to see. By the end of the event they had tied for first place in Class 4 against a crew that included Dragon sailors that were more familiar with the cut and thrust of the racecourse. Indeed, the tie-break went all the way back to just one race during the week to separate them from the winners.

But why has an owner who spends his time cruising chosen the stress of racing once year?

‘I learn a huge amount when we’re doing this. I learned so much about my boat and how to sail her and how to optimise the sailing and that’s readily transferable to my cruising,’ Kearney says. ‘The other side is the way that Oyster organises the event. The regatta itself is 50 per cent racing and 50 per cent social, which is amazing. It’s family friendly and makes this event a must-do for us.’

But it’s not just the owners that gain from seeing what happens when they line up against other boats of a similar size. While it is not the primary reason for running the regatta, this event provides a means to assess and demonstrate the innovation and evolution of the next generation of Oyster Yachts. One such example this year was the new Oyster 565.

As the latest new launch and the first under the company’s new ownership, there has been plenty riding on the smallest model in the current fleet. Racing in Class 3, Oyster 565 Panthalassa was in a class that comprised entirely of 575s.

Racing under a handicap that was tougher than the 575s’ that made up the rest of the fleet, she beat all of them on the water on all but one occasion. If nothing else, three out of four line honour wins clearly demonstrated the improvement in straight line speed on a variety of points of sail over her predecessors.

In the cruising world, where handicaps don’t matter, a faster boat is clearly an advantage with high average daily runs which allow you to extend your cruising range.

Another example was the Oyster 675. Born out of the same new generation of designs, she too was quicker through the water than many of her older sisterships and even put some considerably bigger boats under pressure.

‘Events like these are a great way of confirming what we have been working towards in the design office during the planning and development of the new models,’ says designer Rob Humphreys. ‘It’s great to see theory played out in practice on the water, but it also makes it easier to discuss these attributes with owners and crews as they have often seen the differences for real.’

But Oyster’s leaders are also aware of how important it is to strike the right balance. Too much emphasis on racing in a world dominated by blue water cruising could be counter productive.

‘It’s about our Oyster family and the Palma event marks a style of racing that has become less popular elsewhere,’ says Oyster Yachts owner and CEO Richard Hadida. ‘Across the 30 boats that take part in Palma there are around 350 people, all of whom stay on their boats during the event. This is not the case at many other regattas but we believe it is one of the aspects that helps to create the strong brand loyalty that we have, as well as creating a fantastic atmosphere aboard boats that are designed be lived on.’

Oyster’s chief commercial officer and former professional skipper, Paul Adamson agrees and takes the view a step further. ‘One of things you will notice at our regattas is that you can’t tell the owners from the crew, meaning we are all one happy family having a superb time on and off the water! We also love the “spirit” of the Oyster family and you see this in abundance at our events.

‘Our real sense of community starts right in the beginning of ownership when someone invests in their Oyster and creates their dream yacht with us. Naturally we form close bonds of genuine friendship during this time. And this is just the start.’

For some owners the route to long distance bluewater cruising is clear, yet to many of them the idea of a circumnavigation is fantasy, at least to start with.

The introduction to the Oyster family during the early stages of ownership soon develops into a network of contacts that helps to build confidence, which can lead to the centrepiece of Oyster’s group activities, the Oyster World Rally.

Simply based on the comments of those that completed the 2017-19 rally that finished in Antigua, many set out on the two-year trip with only modest expectations of being able to go the distance. But as the rally unfolded leg by leg, owners and crews grew into the voyage and developed more confidence with each stage.

Little surprise then that the 2022- 23 Oyster World Rally has gained a strong reputation and now lies at the heart of the company’s cruising activities over the next two years.

In order to further help those looking to work their way towards what will be for many a lifetime goal, Oyster has announced a Western Mediterranean Rally for 2021. Starting and finishing in Palma, this two-month tour of the Mediterranean takes in Sicily, the Italian mainland, Sardinia, Corsica and the French mainland before returning to Palma.

It’s a trip that is designed to not only tour the Mediterranean, but also to provide a shake-down ahead of the World Rally along with a snapshot of the level of support and entertainment that will be available.

The bottom line is that be it the rally or regatta format, the Oyster community is one that works on various levels. Here Mike Kearney is typical of many. 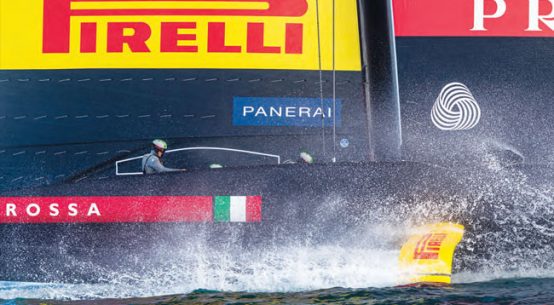 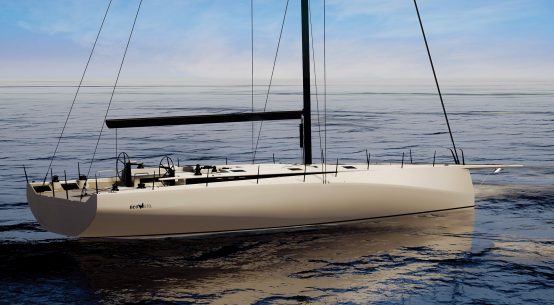 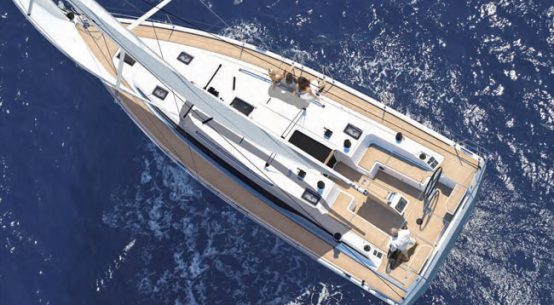 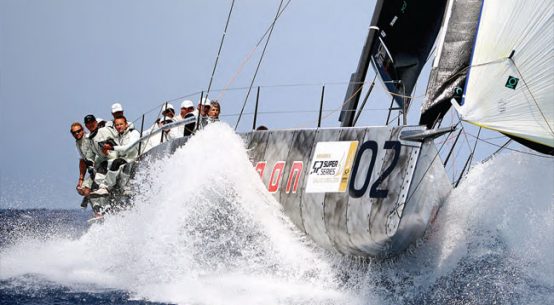