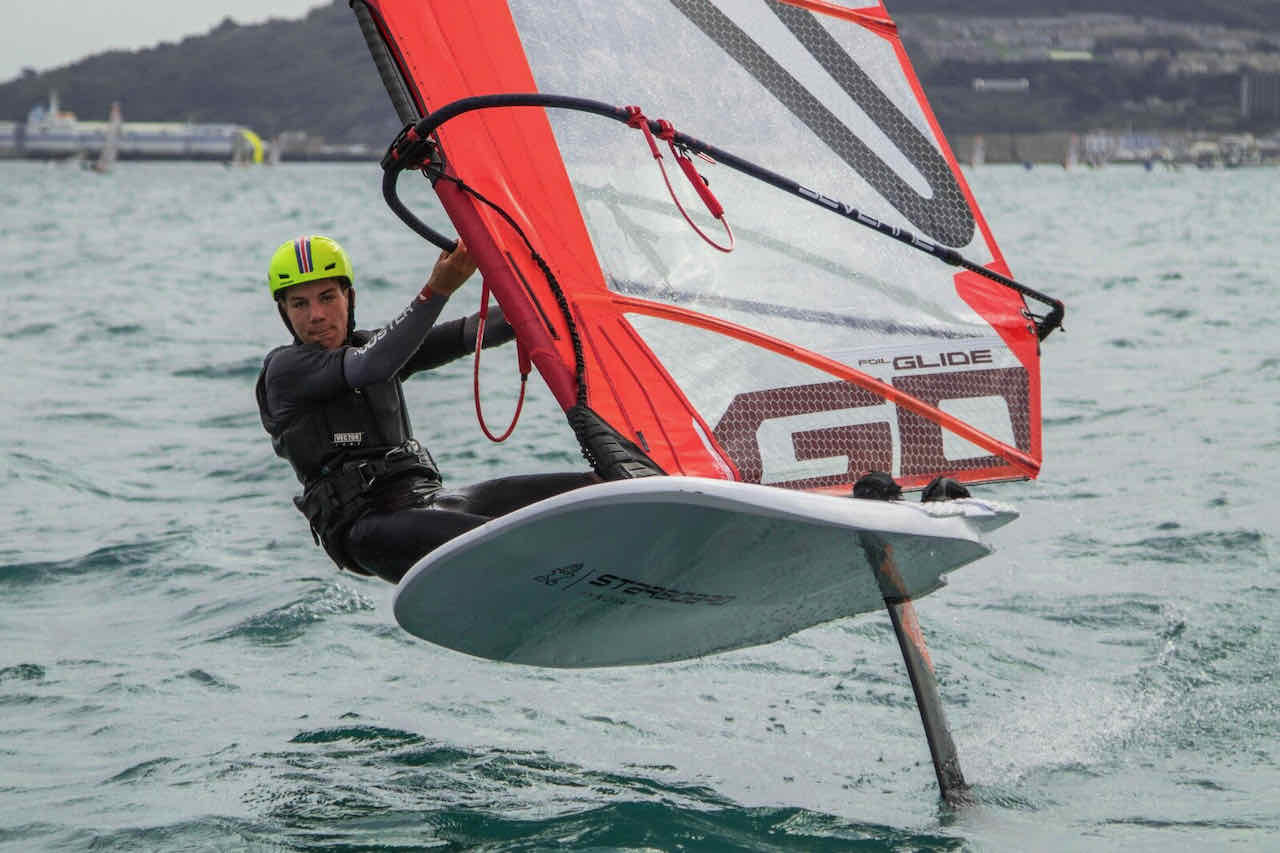 The iQFOiL youth windfoiling class has become a British Youth Sailing Recognised Class in recognition of the exciting new discipline’s inclusion at the Paris 2024 and Los Angeles 2028 Olympics.

Windfoiling sees athletes use hydrofoils to lift their boards and sail clear of the water, allowing much faster speeds due to less drag.

After windfoiling was chosen to replace the RS:X for the two Olympic cycles following Tokyo 2020, the iQFOiL class was named as the equipment of choice.

After careful consideration, British Youth Sailing has chosen to adopt the iQFOiL youth class as a Recognised Class, replacing the RS:X.

A comprehensive training programme is already underway in conjunction with the UK iQFOiL class to teach young sailors the art of foiling while developing their racing skills.

To learn more about the iQFOiL, click here to go to the UK class association page.

Chris Blackburn, who leads British Youth Sailing’s windsurfing programme, said: “The recognition of the iQFOiL youth equipment as our youth windfoiling class is an exciting milestone in the development of our foiling youth pathway. It gives clarity to the sailors currently looking to transition to windfoiling as well as those sailors already windfoiling.

“With the development of the International class, the iQFOiL youth equipment promises to deliver competitive one design foil racing both domestically and also Internationally for our youth sailors to continue to develop their foiling and racing skills.”

The iQFOiL youth equipment puts U19 sailors on an 8m sail, 85cm wide iQFOiL Youth board and IQ aluminium foil making an ideal platform to not only develop key foiling skills but also key racing skills on a platform that will be appropriate for sailors’ size and skill with some highly competitive international racing.

The International iQFOiL Youth Class plans to stage has its inaugural world championship in Lake Garda, Italy, at the end of July 2021.

Windfoiling will also feature at the RYA Youth National Championships at Plymouth Youth Sailing from August 13 to 15.