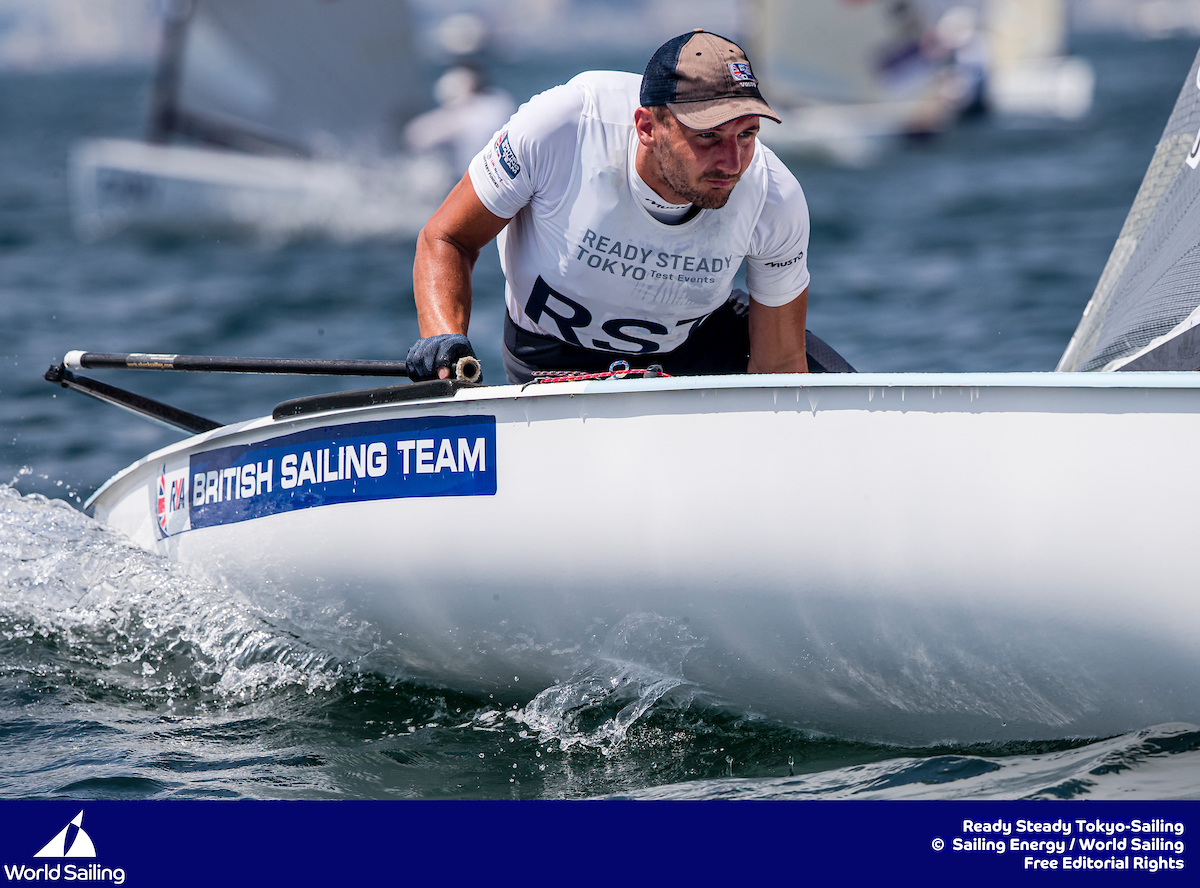 Britain’s sailors increased their Olympic test event medal tally to six with another silver and bronze today, finishing the regatta as top nation.

Dubbed Ready Steady Tokyo, the regatta is a dress rehearsal for the Games proper with nations selecting just one entry in each of the ten Olympic sailing classes.

Held at the home of the Tokyo 2020 Olympic sailing competition, Enoshima, Japan, Olympic champion Hannah Mills and crew Eilidh McIntyre took silver in the Women’s 470 while Giles Scott claimed bronze in the Finn.

Within one point of the top spot going in to the final day’s double points medal race, Mills and McIntyre had to place better than their French rivals, Camille Lecointre and Aloise Retornaz to take the gold.

Unfortunately for the duo a start line mistake put paid to their challenge for gold but they still pressed on to secure themselves a silver medal ahead of Poland’s Jolanta Ogar and Agnieszka Skrzpulec.

“I have mixed emotions. We thought we were over the start line for the medal race so we had to go back, and to be honest from that point we knew the gold medal was lost just because of how light the wind was,” said Mills, 31, from Cardiff, Wales.

Despite the disappointment Mills and McIntyre take confidence from two medals at two regattas in quick succession following up their world championship gold last week in the same venue.

“Our biggest goal this year has been to be in with a chance to win every regatta and here we were within one point going in to the medal race. Ultimately, we didn’t win but a silver medal at a test event is epic,” said McIntyre, 25, from Hayling Island, Hampshire.

Due to the lack of wind only the Women’s 470 raced which meant Rio 2016 gold medallist Giles Scott had to settle for bronze in the Finn class.

“I finished third overall and it’s a little bitter sweet,” said Scott, 31 from Huntingdon, Cambridgeshire. “It’s good to win a medal but the back end of the week didn’t go well for me which meant I slipped down to third.

“Postponement is something we have to get used to in sailing. If there’s no wind we can’t go racing, and today that was the case. It’s disappointing not to be able to go out and attack today but I’ll have to settle for the bronze.”

No racing also meant the standings from the previous day stood for the remaining fleets with Ali Young finishing her regatta sixth in the Laser Radial and Luke Patience and Chris Grube taking eighth in the Men’s 470.

“Six medals is a great effort, the most of any nation,” said Mark Robinson, Olympic Performance Manager at the RYA. “We have had a mix of conditions which is good to see and good to try out, but we need a little more work here next year to try and raise the colour on some of our medals.”

Charlotte Dobson and Saskia Tidey kicked off the British medal haul yesterday (Wednesday 21 August) with bronze in the 49erFX before Dylan Fletcher and Stu Bithell secured silver in the 49er.

There were double British celebrations in the Nacra 17 with silver medallists John Gimson and Anna Burnet being joined on the podium by team mates Ben Saxton and Nikki Boniface who claimed bronze.

The British Sailing Team will stay in Enoshima, Japan, with attention now turning to the World Cup Series which runs from 25 August to 1 September 2019.