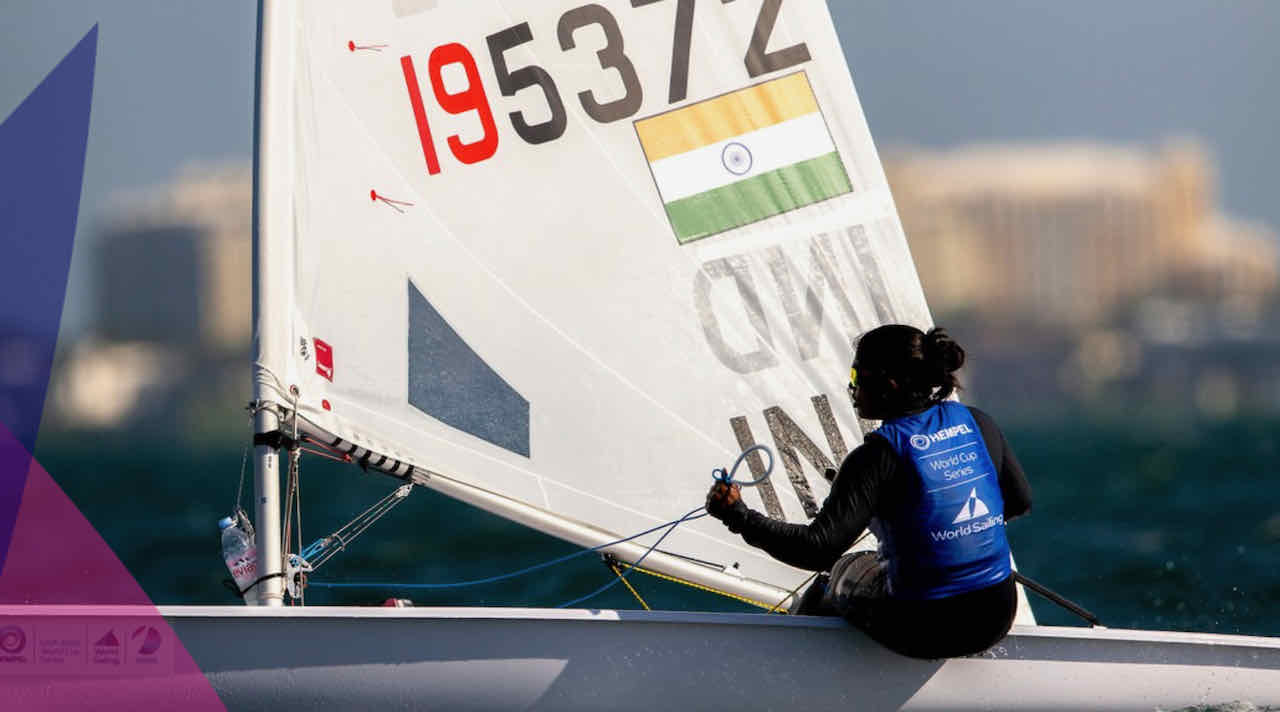 We were a bit slow to pick this story up but congratulations to Laser Radial sailor Nethra Kumanan who has become the first female Indian sailor to qualify for the Olympic Games.

Kumanan finished second overall at the 2021 Mussanah Open Championship in Oman in April, claiming an Asian nation qualification spot for India at Tokyo 2020 in the process. The 23-year-old from Chennai was part of World Sailing’s Emerging Nations Program, dedicated to helping sailors from ’emerging nations’ in the sport around the world.

Sailors on the ENP form a close-knit group and are provided with support and guidance in various forms. This includes event-specific support, such as funding for accommodation, boat charter and travel, as well as training camps before major events to help with preparation. Coaches and trainers are assigned to those on the program to provide assistance across a host of subjects in order to help them improve as athletes.

Kumanan joined the Senior Emerging Nations Program, also known as the Laser Radial Development Program, in 2017, at the test event for the 2018 Hempel World Sailing Championships in Aarhus, Denmark.

After attending a further selection event at the 2018 Andalucía Olympic Week in Cadiz, Spain, Kumanan was one of eight sailors chosen for the program, as she became a key member of the group and went on to attend several events as an ENP sailor.

This included the 2018 Hempel Sailing World Championships in Aarhus, where she finished 78th overall out of a huge fleet of 119 sailors. Out of around 1,500 sailors at the event in total, Kumanan was the only sailor from India to compete, and was the flag-bearer at the official opening ceremony.

She was also supported to attend the Laser Radial World Championships in Sakaminato, Japan, in 2019, finishing 66th out of 111 sailors.

And at the beginning of 2020, Kumanan won bronze at the Hempel World Cup Series in Miami, winning the Medal Race to seal her place on the podium. She was the first Indian sailor to win a medal in the series.

As part of the remote coaching program, Kumanan was allocated four-time Olympian Tania Elías Calles (MEX) as her online sailing coach, with Nigel McCarthy as her physical trainer. Both Elías Calles and McCarthy provided assistance with training routines and held weekly feedback sessions.

“Nethra is a hard-working and talented sailor; very focused and committed to training.

“When we first started working with her, she lacked a bit of confidence which sometimes affected her early results. She has worked very hard on improving in this area and has progressed so much over the past few years.

“I am delighted that Nethra has managed to qualify for Tokyo 2020 and very proud of everything she has achieved so far. She has huge potential and, looking ahead to Paris 2024, is certainly one to watch for the future – I hope we can continue to assist her on this path.”

Kumanan added, “For the past few years, World Sailing has supported me on the Emerging Nations Program.

“After qualifying for the Olympic Games, I’m extremely grateful to World Sailing for helping me do so, all the way from Aarhus.

“Thank you and I’ll see you in Tokyo!”