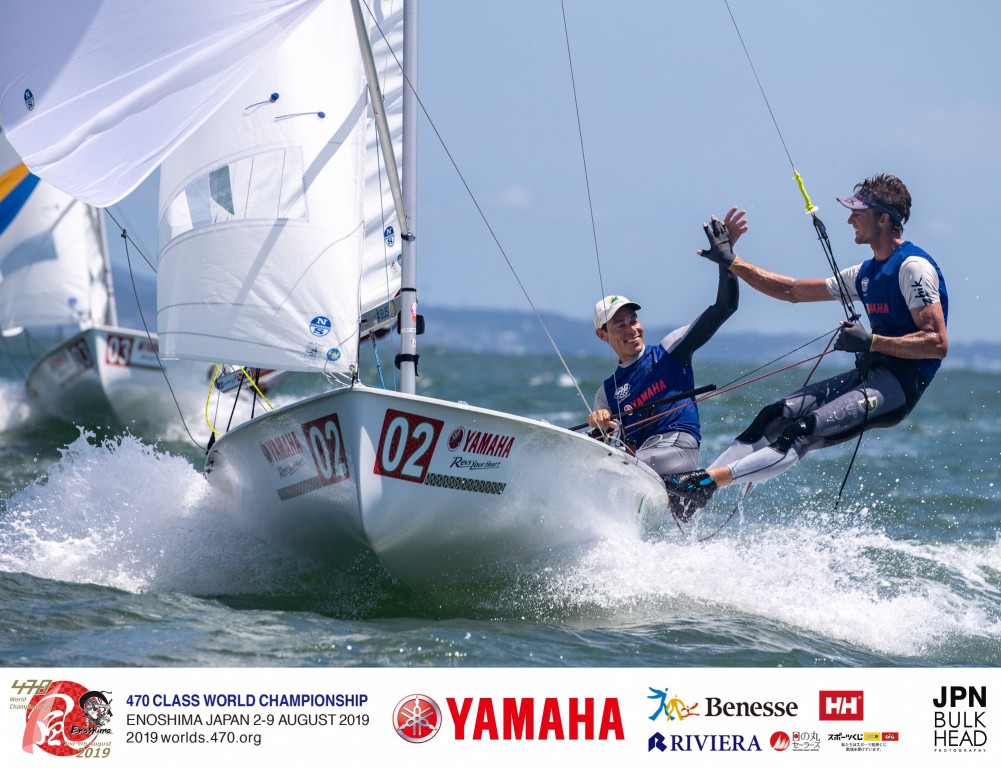 A dramatic split-second start line decision helped secure a fifth world championship title for Australia’s 470 pairing Mat Belcher and Will Ryan in Enoshima, Japan where the Tokyo 2020 Olympic regatta will be held in under a year’s time.

Going into the final medal race on Friday August 9, the focus was on the showdown between the Australians and the second-placed Spaniards Jordi Xammar and Nicolas Rodriguez.

With these two crews were separated by only one point and guaranteed to finish in the top two – the question was who would emerge victorious from the 20-minute windward/leeward medal race.

There was immediate drama right from the start, when the Spanish and the Aussies were both adjudged to have started prematurely.

Belcher and Ryan instantly made the decision to go back to clear their penalty while the Spain duo pressed on in the hope that they had started clearly. It was not to be however and Xammar and Rodriguez disqualification handed Belcher and Ryan their fifth world title together (Belcher’s eighth over his two highly successful 470 campaigns).

The result tees up the Australians – silver medallists at Rio in 2012 – as strong contenders for a medal at next summer’s Tokyo 2020 Olympic Games.