Skip to content
You are here
Home > Olympic Sailing > Olympic sailing: Light to medium conditions prevail on Day 3 of 470 Euros 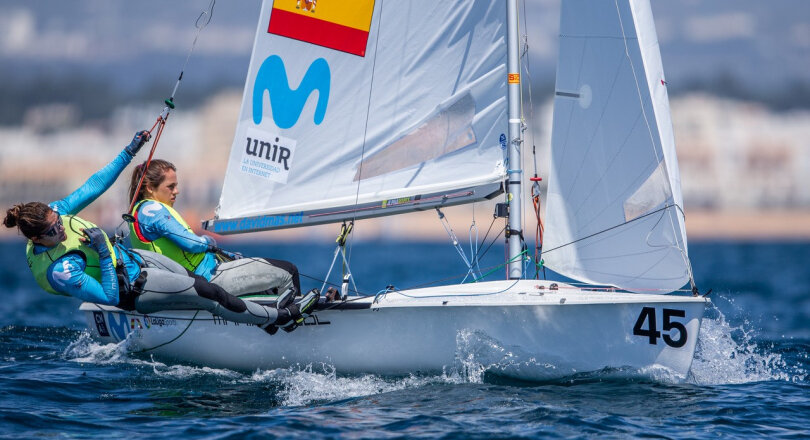 The fourth day of the 470 European Championship in Vilamoura, Portugal brought southerly breezes around seven knots for the first race of the day but increased to 10 knots for the race two.

In the Men’s fleet the New Zealanders Paul Snow-Hansen and Daniel Willcox clocked up two fourth places to maintain their position at the top of the leaderboard. Moving up to second are the French duo Kevin Peponnet and Jeremie Mion after finishing second twice today. Meanwhile, two fifths for the Australians Mat Belcher and Will Ryan keeps them in third place.

Spanish 2021 world champion pairing Silvia Mas Depares and Patricia Cantero still lead the Women’s fleet having recorded a third and a (discarded) sixteenth today,  In second only three points behind are the French 2019 European Champions Camille Lecointre and Aloise Retornaz who chalked up two third places today. Swiss pair Linda Fahrni and Maja Siegenthaler have moved up to third.

Nitai Hasson and Saar Tamir from Israel consolidated their leader position in the Mixed fleet and are now 15 points ahead of the German duo Theres Dahnke and Matti Cipra. Behind them, the British crew Vita Heathcote and Ryan Orr have moved into third.