Skip to content
You are here
Home > Olympic Sailing > Olympic sailing: Light but pleasant conditions for second day of 470 Euros 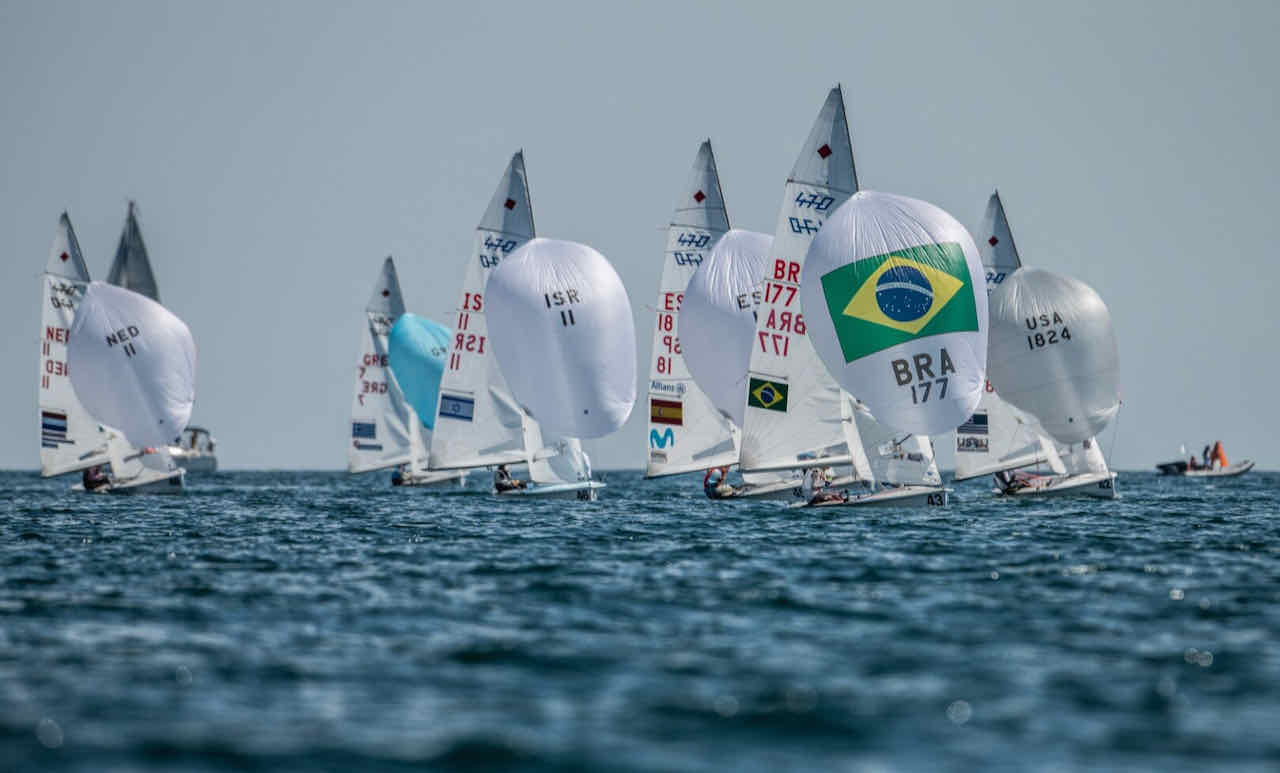 Day two of the 470 European Championship in Vilamoura, Portugal saw beautiful sunny conditions for the 81 470 crews to complete two races in a southerly seven to nine knot breeze.

In the Men’s fleet the New Zealanders Paul Snow-Hansen and Daniel Willcox moved to first place followed ahead of the Spanish pairing Jordi Xammar and Nicolas Rodriguez who sit just two points behind. Mathew Belcher and Will Ryan from Australia complete the top three, a further two points behind the Spanish.

In the Women’s fleet the current world champions Silvia Mas Depares and Patricia Cantero from Spain are leading with 11 points after a very consistent day on the water. France’s Camille Lecointre and Aloise Retornaz dropped one place today to sit in close second overall, with the Brazilian pair Fernanda Oliveira and Ana Barbachan moving up to third after winning both races today.

In the Mixed fleet Nitai Hasson and Saar Tamir from ISR kept the top spot, ahead of the British bronze medallists at the 2021 World Championship Amy Seabright and James Taylor who are five points behind. Louisa Nordstrom and Trevor Bornarth from USA complete the top three.