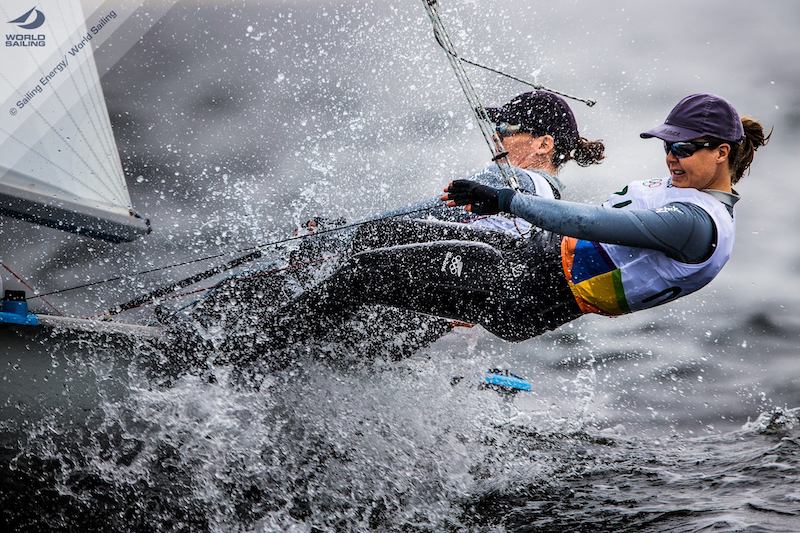 Jo Aleh (NZL), a London 2012 gold and Rio 2016 silver medallist in the Women’s 470, has been elected as Chair of World Sailing’s Athletes’ Commission – the body that represents the interests of sailors in the Olympic and Para events.

Aleh replaces Yann Rocherieux (FRA) following his resignation as Chair after he was elected as a World Sailing Vice-President at the 2020 General Assembly on 1 November.

On her appointment, Aleh commented, “I have been involved in World Sailing for the last four years and I am looking forward to taking on the role as the Athletes’ Commission Chair. Young sailors today have opportunities in our sport that many of us only ever dreamed about. The Athletes’ Commission will always ensure that the sailors voices are represented and on the table.”

Both Aleh and Bekatorou were voted for by the members of the Athletes’ Commission that include, Maayan Davidovich (ISR), Jens Kroker (GER), Juan Ignacio Maegli (GUA), Lijia Xu (CHN) and Vasiliij Zbogar (SLO).

About the Athletes’ Commission Members

Jo Aleh (NZL)
Aleh won gold at the London 2012 Olympic Games and silver at Rio 2016, sailing in the Women’s 470 with Polly Powrie. Aleh sailed at the Beijing 2008 Olympic Games in the Laser Radial.

Sofia Bekatorou (GRE)
Bekatorou is a four-time Olympian, winning gold at Athens 2004 in the Women’s 470 and bronze in the Yngling at Beijing 2008. She further demonstrated her dynamic skillset within the sport at Rio 2016 where she sailed the Nacra 17, a mixed multihull. Bekatorou is a two-time recipient of the Rolex World Sailor of the Year Award.

Jens Kroker (GER)
The first Para World Sailing representative in the Commission, Kroker has been a regular at Para World Sailing events, first making an appearance in 1997. He has sailed at every Paralympic Sailing Competition, winning silver at Sydney 2000, gold at Beijing 2008 and a silver at London 2012.

Juan Ignacio Maegli – (GUA)
The Guatemalan is a two-time Olympian in the Laser and a 2015 Pan American Games gold medallist. He won his nations only Youth Sailing World Championships medal, a bronze, in the Hobie 16 at the 2004 edition of the event.

Lijia Xu (CHN)
Bronze medallist at Beijing 2008, China’s Xu won a four-way shootout for gold at the London 2012 Olympic Games. She won the Rolex World Sailor of the Year Award the same year.

Vasilij Zbogar (SLO)
Zbogar is a four-time Olympian, winning medals at three editions. His first, a bronze, came at Athens 2004 in the Laser with a silver following at Beijing 2008. He made the switch to the Finn for London 2012, finishing sixth before claiming silver at Rio 2016.