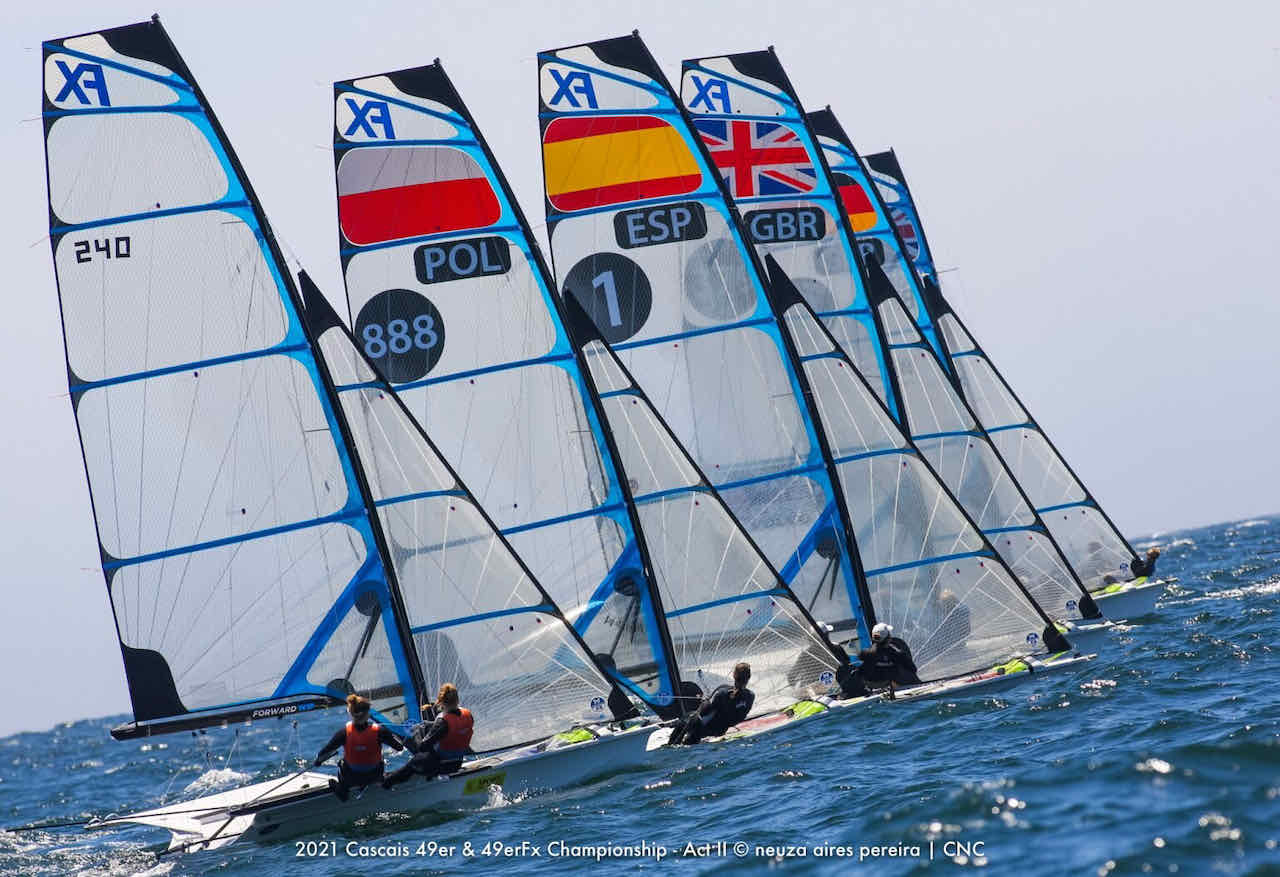 Our resident Olympic sailing expert Hannah Diamond casts an eye over the medal prospects for Tokyo 2020 in the RS:X, Nacra 17, 49er men’s skiff, and the 49erFX women’s skiff.

The countdown is well and truly on to the start of the Tokyo Olympics and after all the uncertainty surrounding the Games and whether they will be able to go ahead, it finally looks as though that is behind us and the excitement can really begin to ramp up!

Most of the classes have now at least had some racing which can give us a bit of an insight into who we can expect to be on form come the end of July but there have been some notable absences across the classes from medal contenders who have chosen instead to remain in their training groups in the buildup and not show their cards to the competition.

With so many variables involved in the sport of sailing, we like to be able to control as many of those as we can and there have been so many additional challenges associated with the build-up to this year’s Olympics that its really difficult to try and predict who has put together a programme which either eliminates the majority of the unknowns or manages to deal with them best.

In the RS:X class, the Dutch sailors Lilian de Geus and Kiran Badloe look almost unstoppable as they both retained their World titles at the end of April. De Geus will be looking for redemption after her fourth place in Rio 2016, and Badloe has the opportunity to claim his first Olympic Medal after winning the National Qualification spot from double Olympic Champion (London & Rio) Dorian Van Rijsselberghe back in 2019.

Sometimes the battle to win your national spot can be the making of you when there is depth in your national fleet, so at the moment, these two look to be hot favourites for gold.

Up and coming windsurfing talent from Great Britain, Emma Wilson, has had an extra year to hone her skills before her first Olympics which must have improved her medal chances, and after a few fourth-place finishes at the last two world championships she will surely be looking to step up on to the podium when it counts in Tokyo.

This group opted out of making the move up to Santander, Spain for some organised racing there, which was otherwise well attended and formed the biggest regatta in the buildup to the Games this summer.

This seems like a risk for the Italians. Although they have the advantage of their training base being in their home country, the once dominant team finished down in eighteenth at the last world championships in Geelong, Australia in January 2020. It feels like they are leaving a lot to chance and banking that their boat speed will be good enough to make up for the lack of racing experience they have had over the last 15 months.

In the meantime, another group of top international teams migrated to Santander for two regattas over the past six weeks which has enabled the sailors to get back into race shape. The Danish pairing Lin Cenholt and Peter Lubeck looked to be the in-form team, closely followed but Jason Waterhouse & Lisa Darmanin (AUS) who will be looking to upgrade their Rio silver medal to Tokyo gold.

At this stage the Nacra 17 class seems impossible to call. With such little time allowed in the venue in Enoshima, adjusting to the big sea state, that is expected but the fleet has not experienced since 2019, it looks like we are definitely in for some exciting racing with potentially high points scoring across the series. In the end it could be a battle of acclimatisation, rather than detailed venue knowledge, that is the deciding factor.

Peter Burling and Blair Tuke (NZL) made their return to 49er racing in Santander before returning to New Zealand to continue their Olympic preparations. The 49er fleet has been a bit more split than most, with a group basing themselves in Cascais, Portugal and another group in Santander. So the Olympics will be the first time the whole fleet will come together and this must leave some question marks over some of the teams on where their form is currently at.

Spain’s Diego Botin and Iago Marra have performed consistently in the medals at every competition they have attended this year, but given that the fleet has not come together as a whole, the Spanish pair and the other top teams will have had to focus on ensuring that they are fast, because of the lack of opportunity to practice their decision making skills in a regatta situation.

Racing at the Olympics is different to the coach regattas, World Cup events, and even world championships. When you are racing in a high quality but relatively small fleet, boat speed really does matter, but being able to pick your way through the fleet after a poor start to reduce the scores in your worst races is what is said to be key to winning Olympic medals.

The opportunity to practice that exact aspect is what these sailors have missed out on during the pandemic. To compensate, good boat speed will be imperative for those who want to stand on the top step of the podium in Japan.

A large group of top 49erFX sailors came together in Cascais in a fleet which contained most of the top Olympic contenders. Britain’s Charlotte Dobson & Saskia Tidey came out on top with their first international win, while reigning Olympic champions Martine Grael & Kahene Kunze (BRA) finished down in eighth due to a very inconsistent score line.

The top eight in this fleet tends to be the same names year after year, but it’s rare that they finish in the same order. So again, this class looks to be wide open and it’s currently very tough to predict who will pick up those coveted medals.