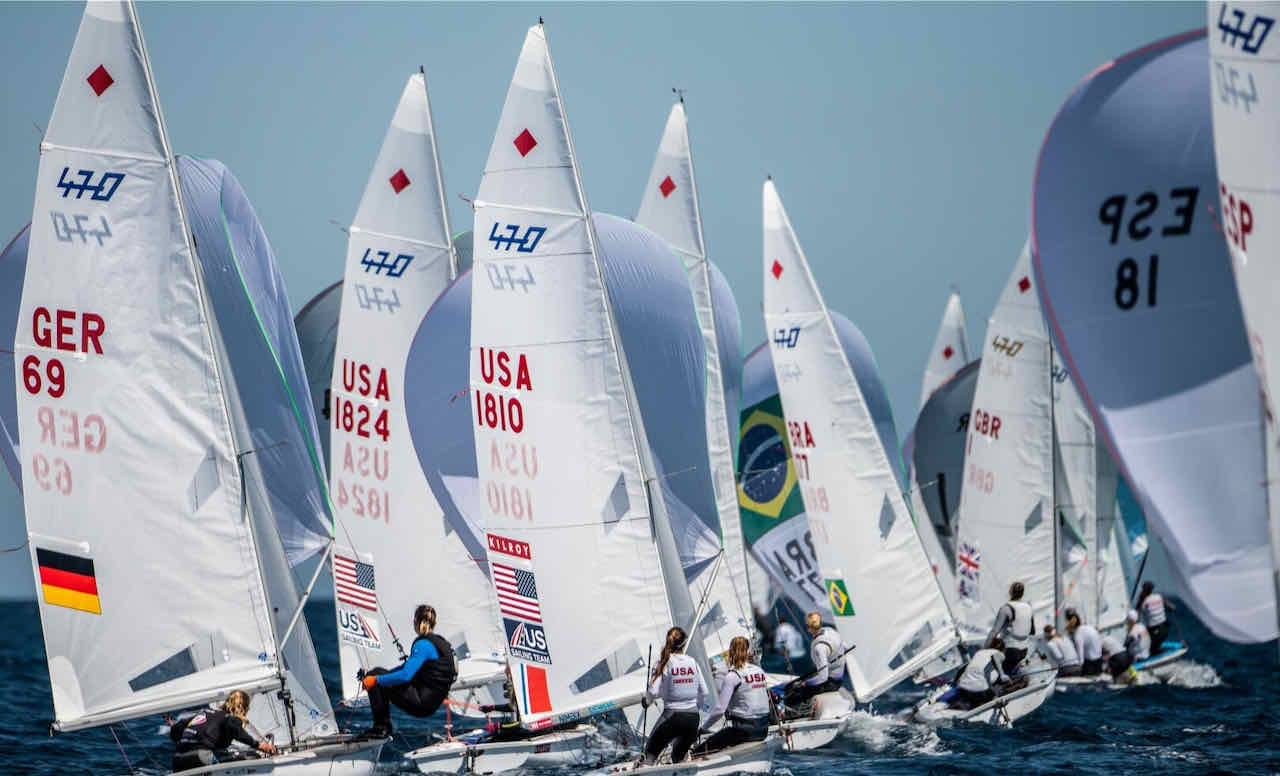 Writing exclusively for Yacht Racing Life, British professional sailor Hannah Diamond casts an expert eye over the Olympic sailing landscape as we count down the days to this summer’s Tokyo 2020 Olympic Games.

It will come as no surprise to those who follow Olympic Sailing, that the build-up to this year’s Olympic Games will be different to any other.

Aside from the 12-month postponement, the lack of racing available in the months leading up to the racing which could make or break a sailor’s career and is often the result of years and in some cases decades of hard work, means that nerves will surely be running higher than usual come Day 1 of Racing in Enoshima Harbour.

The usual form book that becomes established during the quadrennial cycle, demonstrating who has timed their run of form perfectly to win the coveted Olympic Medals has been blown wide open with so much uncertainty and travel restrictions which differ from country to country and continent to continent.

The ‘medallists in waiting’ and reigning World Champions from March 2020 will have their work cut out to fend off the young guns who were perhaps going to be lacking experience but have now had time to fill in some of the gaps in their campaign repertoire and are now ready to make their mark on Sailing’s biggest stage.

In addition to this, the last Nation Qualification spots for Europe and Africa have only been earnt in the last few weeks and some Nations haven’t yet finalised their team selection across the classes.

The uncertainty experienced by some of the sailors over the last year must have had an effect on their training and with so few opportunities to sharpen race skills, it will be very interesting to see how those who failed to gain early selection are able to cope having been in a trials process for so long.

We have seen some very different approaches from teams across the globe, with the Australians and New Zealanders facing strict border controls, their options for accessing International training partners has been severely impacted, whilst in Europe the various lockdowns kept teams off the water for a longer period of time throughout 2020 but we have seen some International training groups form in locations such as Sardinia, Lanzarote, Santander and Vilamoura in an attempt to find conditions similar to those expected in Japan.

There are some obvious benefits of forming a training group and creating a base from which to train for a long period of time, from avoiding travel quarantines to being able to see day to day where your strengths and weaknesses are in relation to your closest competition. However, if the training group doesn’t work in the way that is best for you as an individual or your team then it can be an exhausting environment and has the potential to leave a team burnt out before they even get to the Olympic Venue.

Coaches Regattas have become more and more popular over the last two Olympic cycles as an informal way of getting in some racing practice in the venue prior to World Cups and Major Championships, the coaches will be thankful for this bank of experience as they have become some of the major regatta organisers in these difficult times.

Teams approach these coaches’ regattas in different ways, with some using it as practice for specific things such as starting in a high-level fleet, whilst others are outcome focused whenever they are put into a race scenario. This makes it difficult to draw too many meaningful conclusions from results of these races but with perhaps just one opportunity for sailors to test themselves on a racecourse prior to the Olympics, we have already seen some changes at the top of the leader board from pre-Covid times.

Sometandouts for me, from what few races there have been, is the Spanish team of Silvia Mas Despares & Patricia Cantero Reina, who won the 470 World Championships in March and took fourth at the recent European Championships. This must put them among the favourites for a medal, even more so now than if the Olympics had gone ahead in 2020.

Likewise New Zealanders Paul Snow-Hansen and Dan Willcox, who took the European men’s title – and in a borrowed boat. And not to forget Spain’s Jordi Xammar and Nicolas Rodriguez, who this year have finished third at both the 470 World & European Championships.

An impressive performance by Irish duo Robert Dickson & Sean Waddilove saw them take the European spot in the 49er Class at the Lanzarote International Regatta. The fleet may have been missing a few of the top teams but by winning four of the races, they showed that not only can they perform under selection pressure, but they have what it takes to mix with the best. 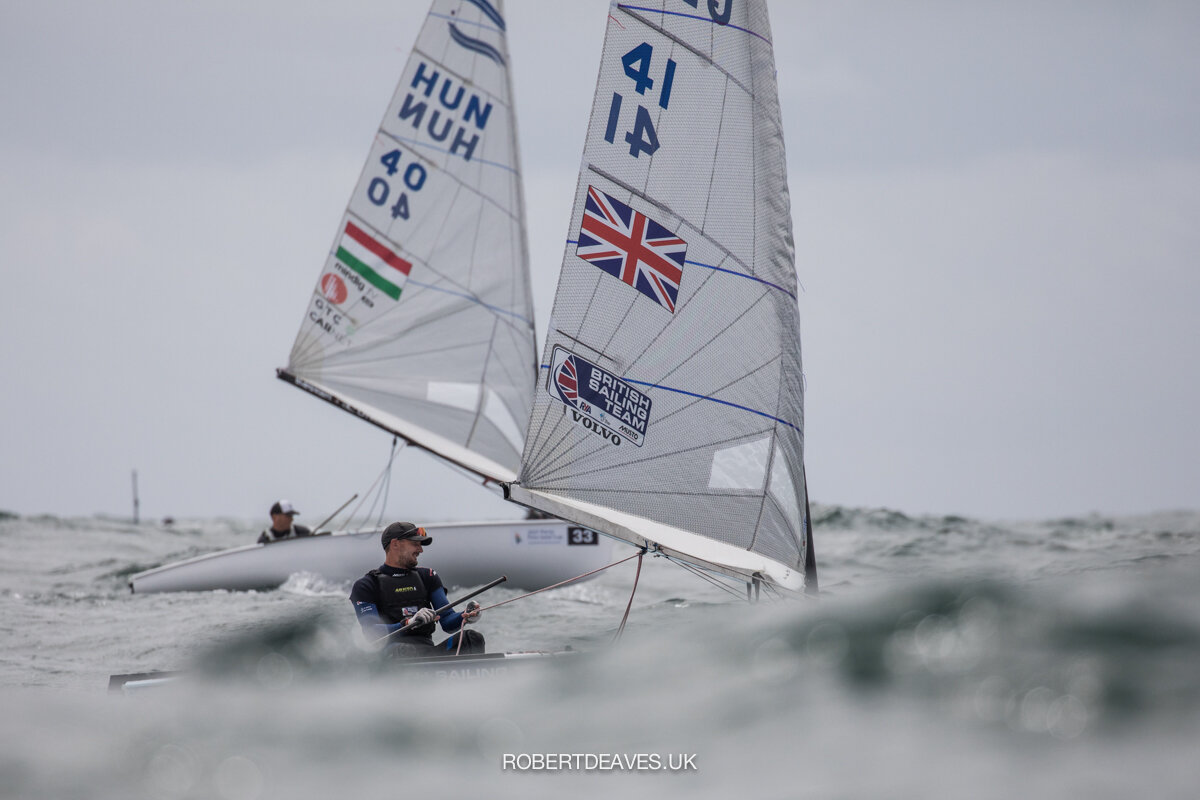 We can’t have a discussion of the Olympics without considering how those who are returning from America’s Cup duties will be able to step back in, the recent Finn Gold Cup showed that Emirates Team New Zealand sailors Andy Maloney and Josh Junior must have been putting some hours to their Finn training, taking first and third respectively.

However, only one of them can represent NZL on the start line and it is yet to be seen who will get the call up. Joan Cardona put in a remarkable performance to take silver and also picked up the final European spot to represent Spain in Tokyo.

Perhaps the most telling performance of the week however was Britain’s Giles Scott (pictured above), who finished down in ninth overall. No need for panic for sure, but there’s no denying the reigning Olympic champion has some work to do if he is to be in with a chance of retaining his title.