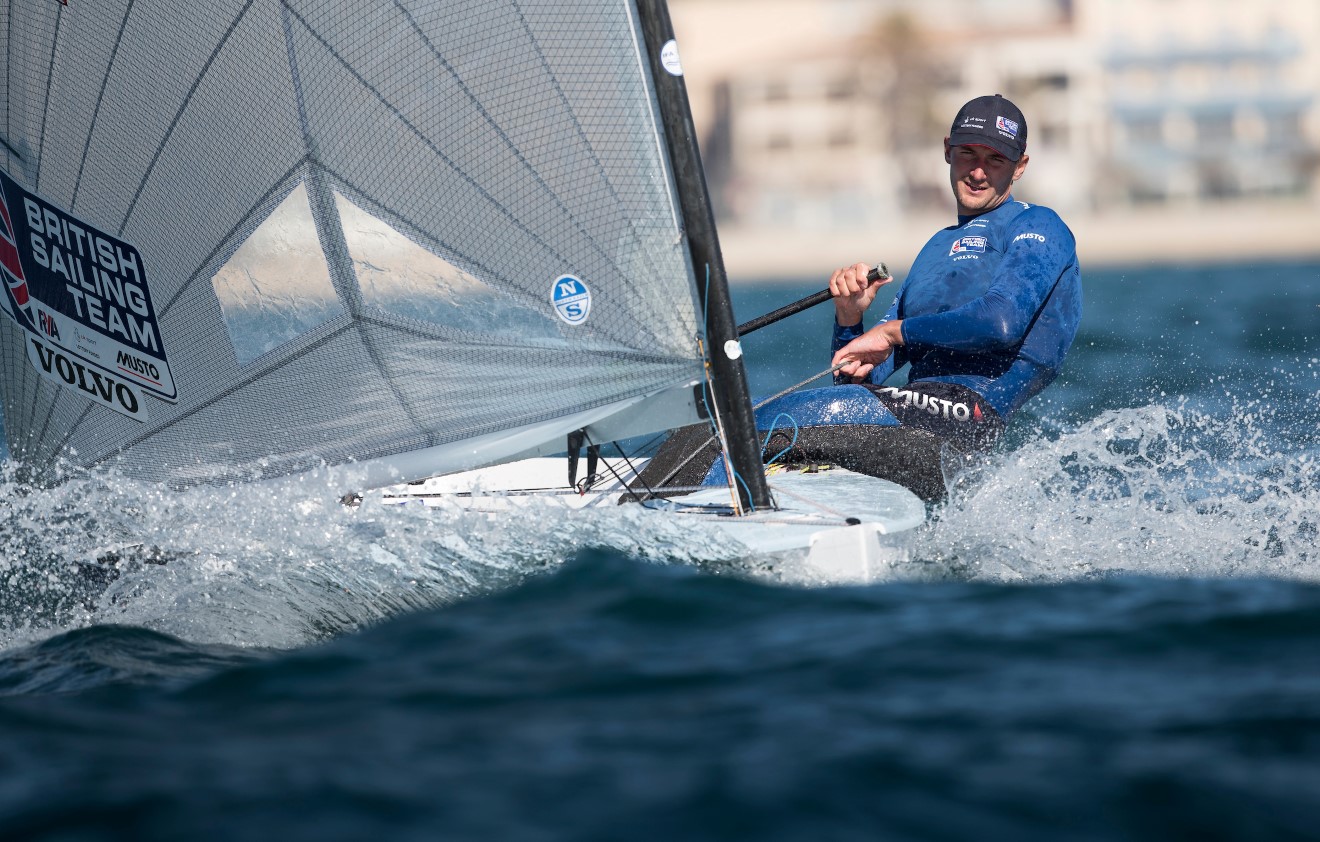 Olympic sailing: Rio 2016 gold medallist Giles Scott will make his return to the Olympic circuit following a four-month hiatus as the World Cup Series heads to the Tokyo 2020 venue of Enoshima for the first time.

Scott will be among a 38-strong British Sailing Team contingent to take on the world’s best when racing begins on the waters that will host the next Olympic Games on Tuesday, September 11.

The 31-year-old has only competed in three international regattas in his Finn dinghy since winning an historic gold at Rio 2016, largely due to his commitments with Sir Ben Ainslie’s America’s Cup team.

However he has claimed the spoils in all three events – 2017’s Enoshima Olympic Week, World Cup Series Miami in early 2018 and Palma’s Princess Sofia Trophy in April.

In fact, Scott has only missed the top spot twice in 22 regattas so far this Olympic cycle – and even then he finished second on both occasions.

Scott will begin WCS Enoshima among the podium favourites in a tight fleet packed with world and European champions.

“I’m excited about getting back into the Finn, especially in Japan,” Scott said. “We will see how it all goes here, but it’s a bit of a different one for me as I’ve not done too much sailing towards the back end of this year. However I’m enjoying being back with the team and back in my Finn.”

Joining Scott on the Finn class start line will be reigning European champion Ed Wright and world number 12 Ben Cornish, both of whom will be looking to make their marks after frustrating results at the recent Sailing World Championships.

Hannah Mills and Eilidh McIntyre will be out to improve on their world championship bronze in the women’s 470, while in the 49er FX Sophie Weguelin and Sophie Ainsworth will attempt to maintain their run of form which has seen the scoop bronze at the European and world championships.

In the 49er, Britain’s pairings of James Peters/Fynn Sterritt and Dylan Fletcher/Stuart Bithell will both be seeking medals after finishing fifth and sixth at the Saliing World Championships.

For Peters and Sterritt, above, it will only be their second major regatta since returning from an enforced injury break.

“This regatta is another opportunity for us to get a good result,” Peters said. “We feel we sailed well at the world championships and came away with a fifth but really it’s about winning medals. With Fynn fit again we feel we can now really move the campaign forward.”

Podium places will also be in the crosshairs of young windsurfers Emma Wilson and Kieran Holmes-Martin.

Wilson, 19, recently scooped bronze at the RS:X class Europeans following a fourth at the world championships, while Holmes-Martin also just missed out on a worlds medal finishing fourth.

With less than two years to go until Tokyo 2020, WCS Enoshima is a vital opportunity to test performance at a venue characterised by rolling ocean swells.

While the lead-up to the event has seen strong winds, the forecast is for an opening day breeze of between 13 and 16 knots dropping to between six and ten knots as the week progresses.

World Cup Series Enoshima takes place from September 11 to 16, with medals decided on the last two days of competition.