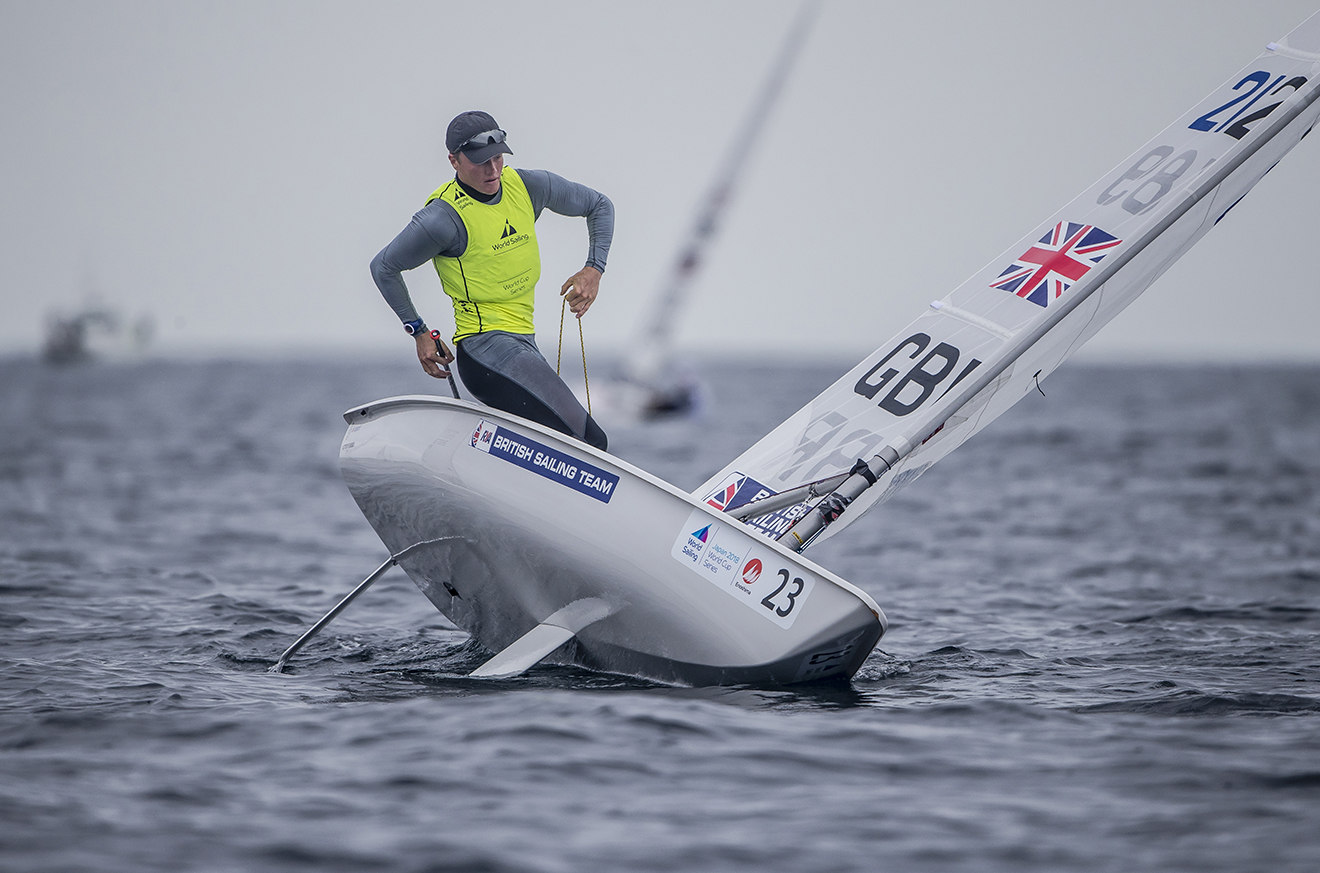 The 25-year-old from Macclesfield, Cheshire, is the 15th and final sailor to be chosen for Team GB’s sailing team at Tokyo 2020.

Of the 15 sailors picked to represent Team GB, nine have previously competed at an Olympics Games.

“It’s a huge honour to be chosen for Team GB, and I’m sure it hasn’t quite sunk in yet,” said Hanson.

“I always felt proud to represent the British Sailing Team in its own right, but the Olympics with Team GB is a whole new level. The sense of being part of a greater team with the whole nation behind you is incredibly exciting.”

Hanson’s journey to selection has been far from easy. His Team GB call-up comes after a long selection battle with three others including two-time world champion and Rio 2016 athlete Nick Thompson – testament to the strength within the British Olympic Laser squad.

He won the 2018 World Cup Series in the Olympic venue of Enoshima, but came a disappointing 22nd at the Ready Steady Tokyo 2020 test event in 2019.

However, a fifth at the recent World Championships in Melbourne, Australia, was enough to secure a place on the plane to Tokyo this summer.

“When I got the call to say I’d been chosen, my first reaction was relief. I felt like I’d let the first opportunity for selection slip during the test event last summer, blowing the whole trials wide open again. It was a bitter pill to swallow at the time, but ultimately I felt I came back stronger.

“Following that I called my parents. Both of them have been there unconditionally since day one and made huge sacrifices. I think I woke them up because of the time difference but I’m sure they didn’t mind!”

Hanson will look to emulate his hero Ben Ainslie, the greatest Olympic sailor of all time, when he takes to the waters of Enoshima on July 26.

Ainslie won silver in the Laser class at Atlanta 1996 and gold in Sydney four years later. Like Ainslie, Hanson has his sights on the top spot.

“The Laser class is possibly in the strongest place it’s ever been with a realistic eight nations capable of winning gold, and more who could medal,” he said. “That said, I certainly won’t shy away from the fact I’m going with every intention of trying to win.”