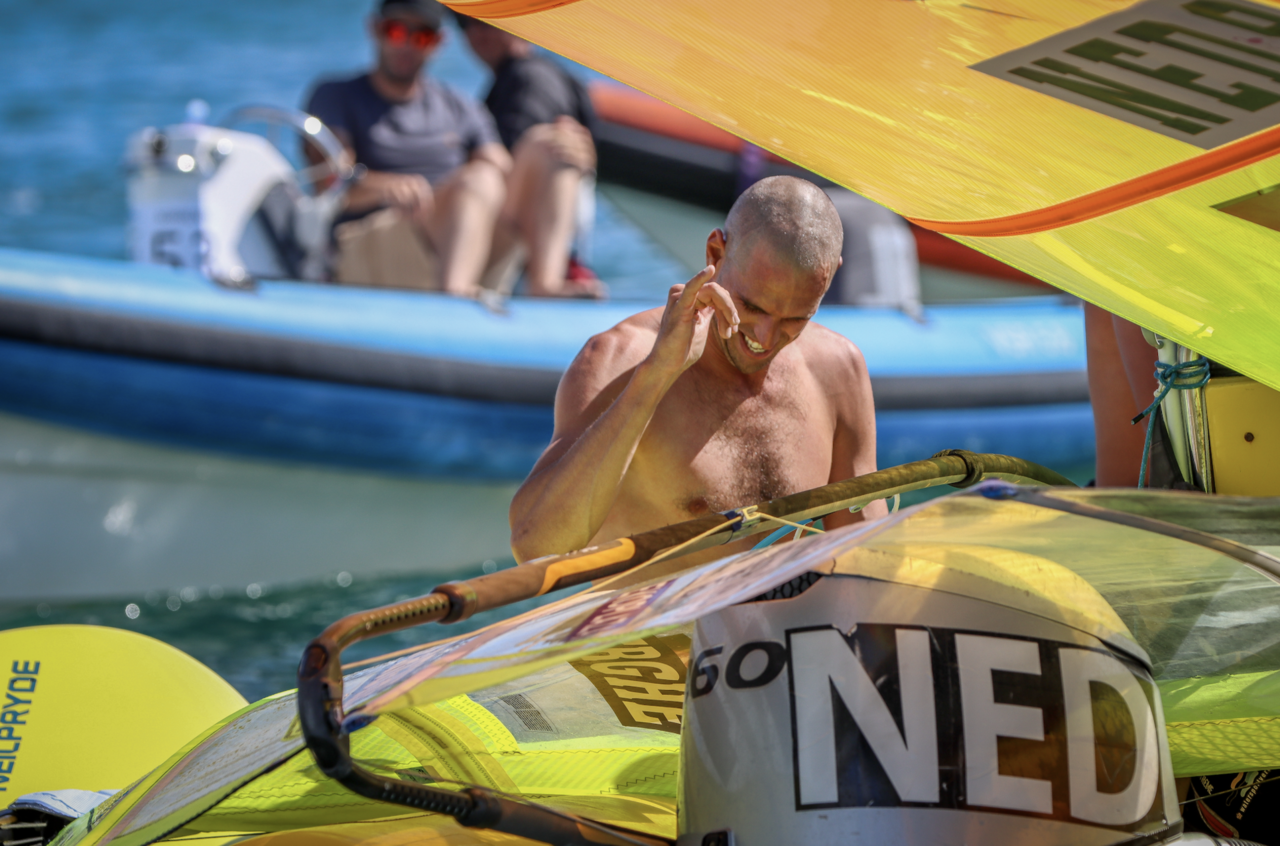 Van Rijsselberghe went home with a win in the final medal race. Training partner Kiran Badloe, went into the medal race with a ten point lead, and finished fifth which was enough to land him the world title for the second year in a row. By winning, Badloe also secured himself the Dutch Olympic ticket for Tokyo 2020. In an interview with Dutch Television soon after, Van Rijsselberghe, the two-time Olympic champion, said that he looks forward to a new future.

Van Rijsselberghe: “I have always sailed with my heart, but that has been a difficult task lately. Deep inside, the drive was not big enough to do what I needed to do at these Worlds. This past week, each time I didn’t achieve the necessary result, I felt a sort of relief. Which is very strange and in terms of political correctness, is actually against what you are supposed to want as a sportsman. Ordinarily, you always have to want to win. You should do everything to defend your title and I, I just want to go home to me wife and kids.”

The lack of family-time in California had a big impact on the father of two young daughters. Ahead of the World Championships, Van Rijsselberghe frequently said to various media outlets: “A third gold medal would be nice, but does it make me a better person, a better man or a better father? No.”

Looking into the future, the 2012 and 2016 RS:X Olympic Champion himself, said he will still be around. Van Rijsselberghe: “I’m going to see how I can contribute to Kir (Kiran Badloe [sic]) and his journey so he will be full prepared for the Games. Next to that I now also have more time for my own WAVES Festival on Texel, at Paal17. Where we hope to host races for the new Olympic discipline for Paris 2024, the windfoil. The sailing world will see me back too – in 2022 I will be the director of the Sailing World Championships (for all Olympic classes) in The Hague, the Netherlands, my home country.”