Skip to content
You are here
Home > Olympic Sailing > Olympic sailing: Countdown to Tokyo begins in the Mediterranean 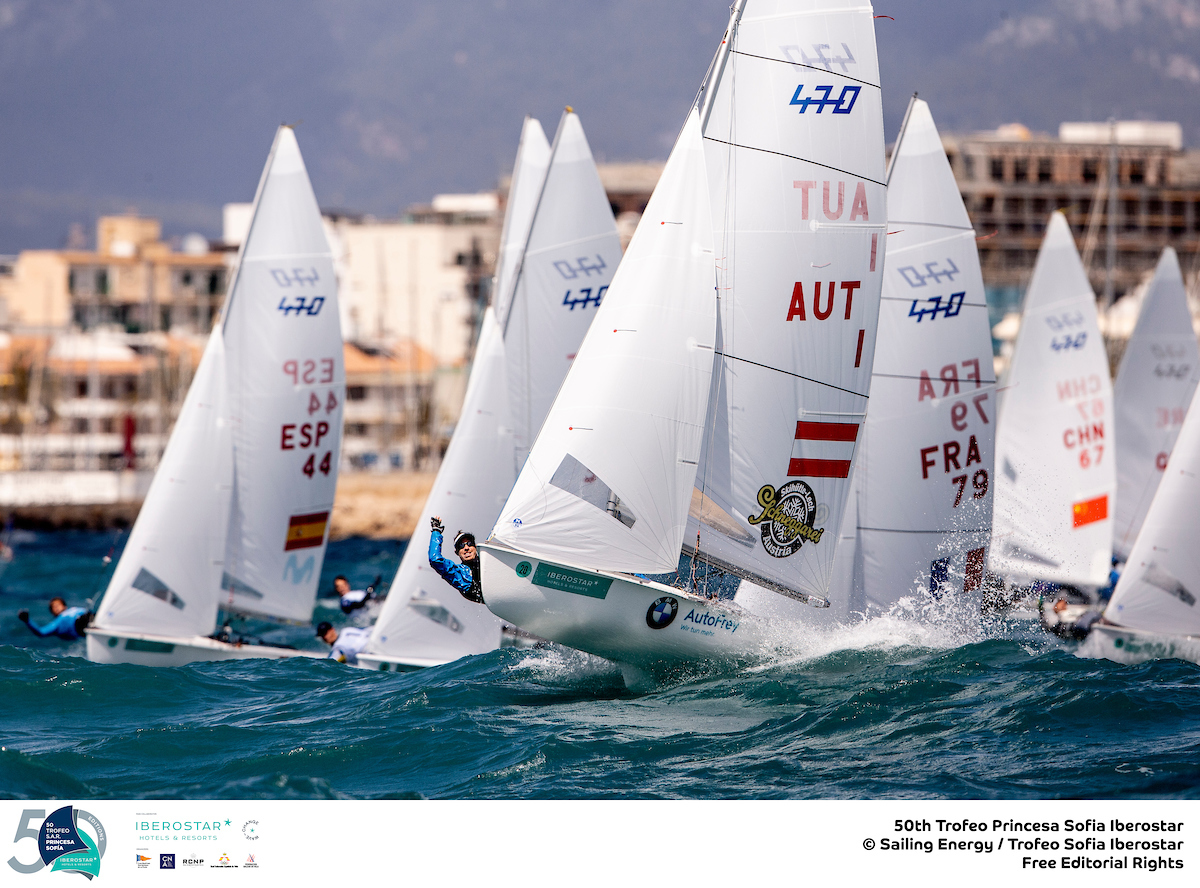 It’s not been an official event on the World Sailing Olympic classes calendar for quite some time now, but the 50th edition of the Princess Sofia Trophy regatta held on Palma Bay, Mallorca last week set running the 15-month countdown the Tokyo 2020 Olympic Games in quite spectacular fashion.

In terms of both size and scale and the level of the competition on display this ginormous regatta dwarfs anything else in the world of Olympic sailing ¬– and that includes the Olympic regatta itself.

The 2019 entry list comprised a record-setting fleet of 869 boats crewed by 1224 sailors from a remarkable 67 nations. Most of the sailors and their coaches arrived on Mallorca up to a month before the regatta began in order to train and acclimatise themselves to the local conditions.

Even in the weeks leading up to the competition beginning there was a feverishly competitive atmosphere in evidence around the beach dinghy park in the seaside town of S’Arenal on the eastern side of the bay.

Anyone with aspirations of representing their country in Tokyo next year knew all too well they needed to get the final stage of their campaigns off to a good start – particularly with the eyes of the world and their country’s selectors trained on them.

One sailor making his presence known to the selectors in no uncertain terms was American Laser sailor Chris Barnard who pieced together an impressive scoreline across a range of weather conditions in Laser Class to claim overall victory by two points.

Barnard, from Newport Beach, CA – who is locked in a battle for selection with Charlie Buckingham, the US Laser representative at the 2016 Olympics in Rio De Janeiro – had only one result outside the top ten all week in the 187-strong singlehanded men’s class, but he had to pass a boat on the final leg of the final high-wind medal race to edge British Olympic hopeful Elliott Hanson into second place.

“I’m extremely happy, relieved and emotionally exhausted,” said Barnard afterwards. “This is by far the biggest regatta I’ve won. I’ve been happy with the way I’ve sailed all week and today I showed a really good fight. That’s probably what I’m most proud of.

“All week I sailed really consistently to put myself in a strong position going into another race and it definitely didn’t start according to plan. Big breeze like today has never been my strongest condition but it’s been a work in progress.

Despite his win Barnard misses out on selection for a place at the Olympic test event later this year after failing to shine at the World Sailing World Cup event in Miami at the beginning of the year. That honour and opportunity goes to his rival Buckingham who finished 20 points behind in fifth in Mallorca but finished fourth to Barnard’s fourteenth in Miami.

“Charlie will go to the test event,” Barnard said. “For myself I’m disappointed with Miami, I didn’t finish very well. I did everything I needed to do here to have a good result, but Charlie earned that spot, He sailed two really consistent events. So I will work hard to keep on improving and focus on our Olympic trials.”

From a team point of view it was the British squad who emerged as the top nation at the regatta with eight medals – two gold, two silver, and four bronze.

The exciting British 49er pairing Dylan Fletcher and Stuart Bithell showed that taking a little time away from the 49er to race as part of the British SailGP team had cost them nothing and may well have given them an extra edge.

The duo dominated the 108-boat class to win by 24 points with a day to spare. It was an impressive performance which cannot have failed to have impressed the selectors – especially give their closest British rivals James Peters and Fynn Sterrit failed to make the Gold fleet after picking up a non-discardable starting disqualification in the first race of the regatta.

Britain’s 2016 Finn gold medallist Giles Scott clawed his way back from a slow start to the regatta to secure second place behind Kiwi sailor Andy Maloney who led the event from start to finish.

Scott was on his best form in the windy stuff and won four races to Maloney’s three but despite winning the medal race Scott could not topple the New Zealander from the top spot.

“Andy had six points on me going into the [medal] race,” Scott said. “So I had to put two boats between us, which I had at the last windward mark, but he managed to get round the next mark two behind me and that was enough to prevent me winning overall.

“Generally I’ll take a lot of positives from this event – I sailed really well towards the back end of the week and I’m pleased with how I’m going. It’s just unfortunate that I couldn’t wrap it up with the win today.”

Meanwhile, back on the Olympic campaign trail in earnest after winning the America’s Cup and competing in the Volvo Ocean Race, Kiwi 49er wonder-kids Peter Burling and Blair Tuke – reigning world and Olympic champions – were denied a shot at a podium place when strong winds put paid to hopes of running the medal race.

Instead they had to settle for seventh place – four points adrift of their closest Kiwi rivals, the New Zealand national champions Logan Dunning Beck and Oscar Gunn.