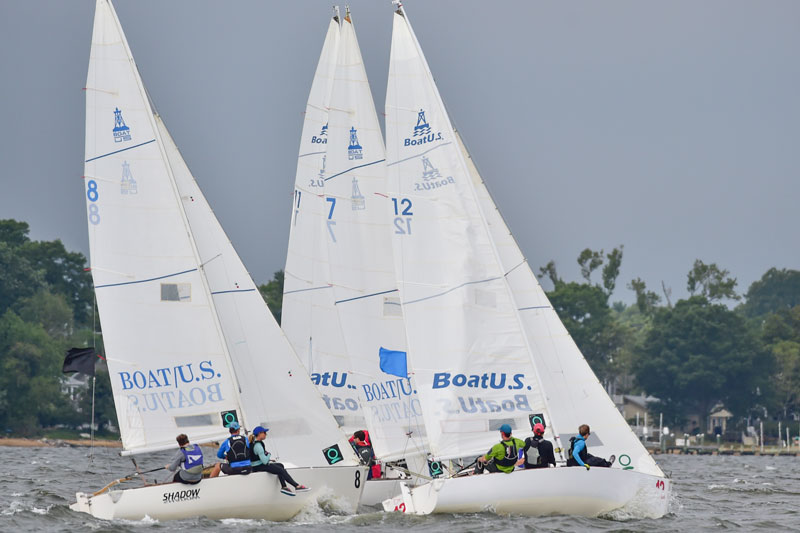 Proponents of team racing have set their sights on the discipline’s inclusion in the 2028 Olympic sailing regatta. The inaugural Global Team Race, which will be held October 5 – 7 at the New York Yacht Club Harbour Court, may prove a crucial milestone on the long road to earning a place on sailing’s grandest stage.

The Global Team Race was created from scratch less than a year ago and will feature two-on-two team racing in the New York Yacht Club’s fleet of Sonar keelboats.

Keelboat team racing, which has been increasing in popularity over the last quarter century, is a comprehensive test of tactics, strategy, boat speed and team work. Spinnakers are regularly used, adding another layer of difficulty to the mark roundings and downwind legs and increasing the opportunities for boats behind to catch up.

Traditionally, team racing was sailed in a three-on-three or four-on-four format. But two-on-two is logistically less demanding for both teams and regatta organizers. It’s also easier for spectators to follow. The winner of the match is whichever team doesn’t cross the finish line last.