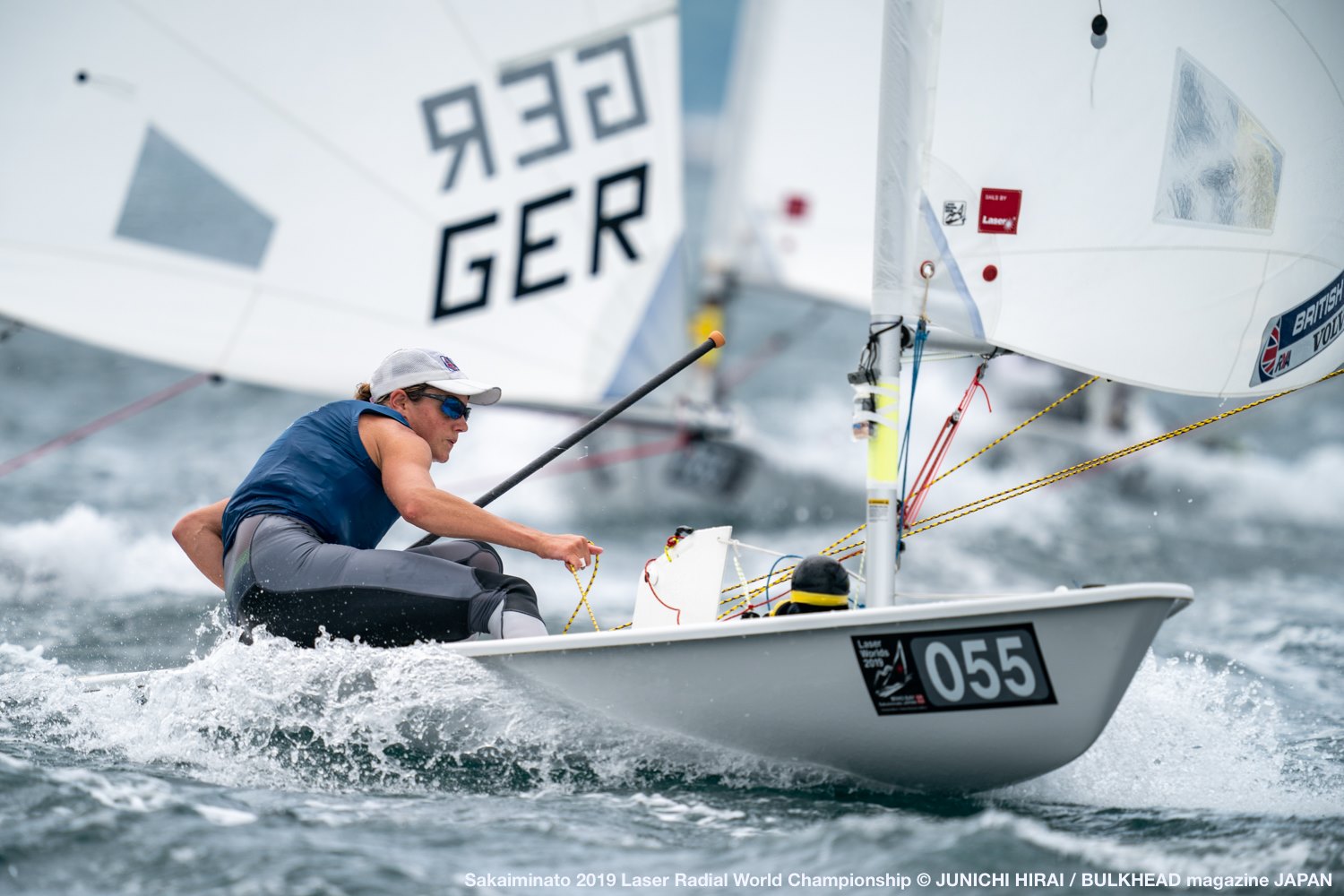 Two-time Olympian Young (above) put on a display of consistency on the waters of Japan’s Sakaiminato City, with six top-ten finishes over the 11-race series.

The 32-year-old remained in the top ten of the 111-boat fleet throughout the week-long regatta, rocketing up the leaderboard to secure bronze on the final day – exactly one year to go until the Tokyo 2020 opening ceremony.

Britain’s Hannah Snellgrove smashed her goal of a top-ten finish coming home in seventh, while Georgina Povall was 34th. 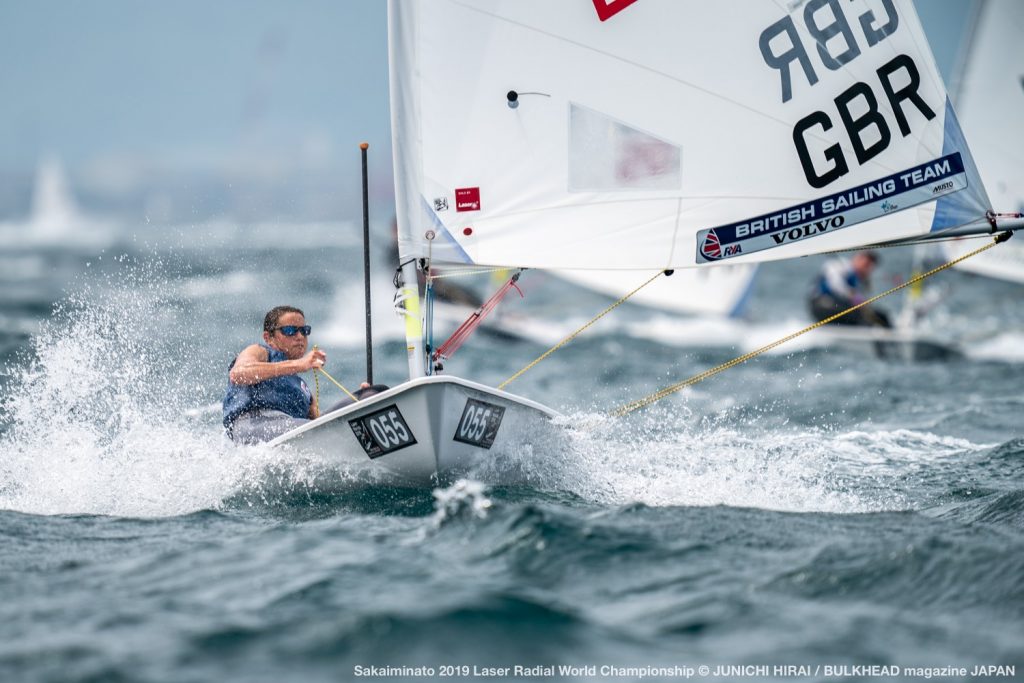 Young’s result is a timely boost as she prepares to take on the Tokyo 2020 test event, a dress rehearsal for the Games proper taking place at the Olympic venue of Enoshima from August 17 to 22.

“It’s been a pretty savage venue where we’ve had all sorts of weather, including totally differing conditions on the same race course,” said 2016 world champion Young, who hails from Wolverhampton and lives in Portland, Dorset.

“Races really haven’t been over until you’ve crossed the finish line. I feel I’ve stuck at it well this week and kept patient. My performance is a good platform to build off a year out from the Games.”

Young, who competed at London 2012 and Rio 2016, dedicated the medal to her backroom support team including her coach Penny Clark, Team GB’s Beijing 2008 Laser Radial representative.

She added: “A world class team supports me to make this possible, so it’s nice to get a result which can reward their hard work.”

Snellgrove (below) went into the event having undergone several months of inpatient rehab after picking up a knee injury at the class European Championships earlier in the year. However her mission was to break into the top ten – and she carried it off in style despite scoring maximum points in the sixth race of the regatta for a black flag disqualification. 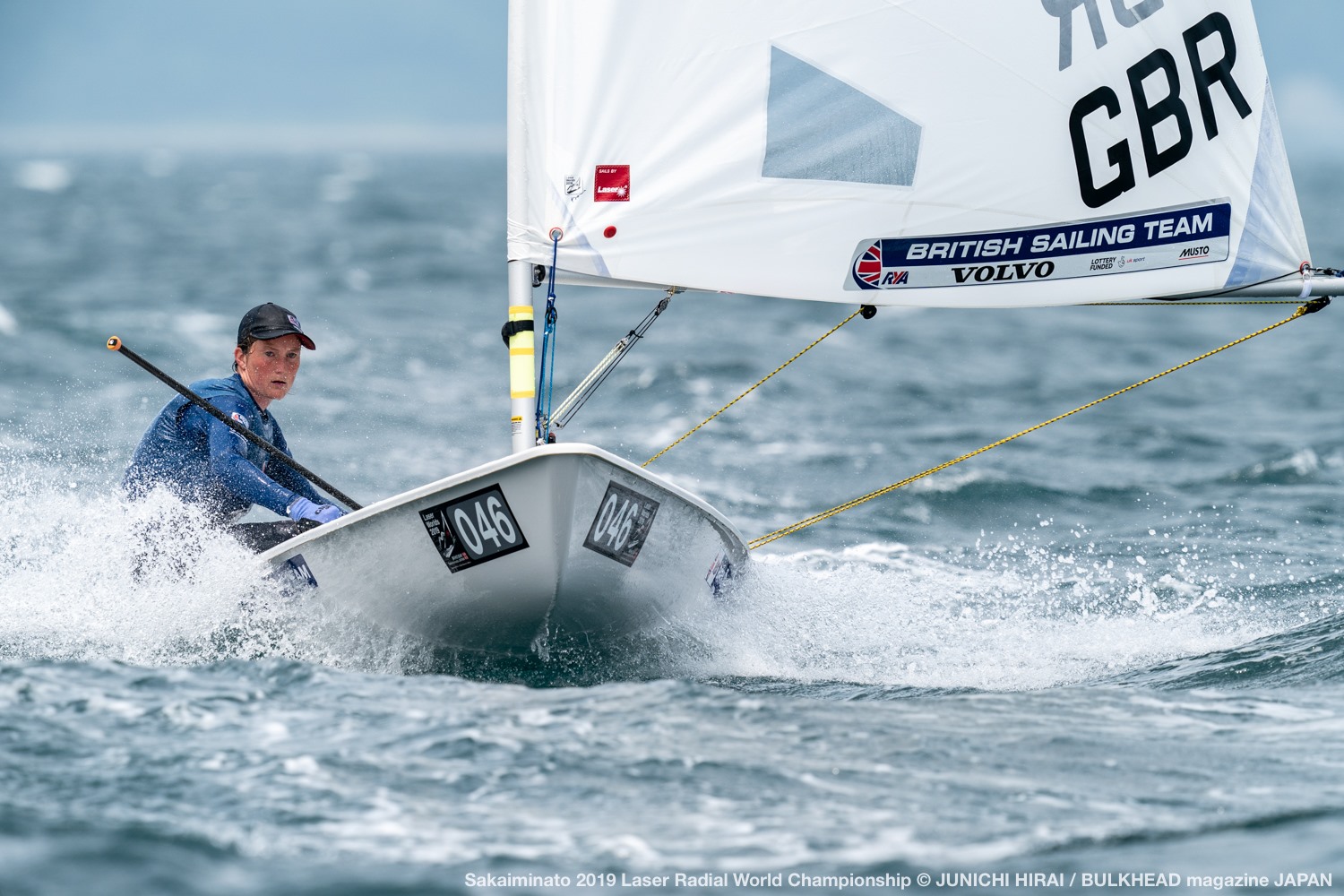 “I’m pretty over the moon to have finished seventh in Sakaiminato,” the 29-year-old from Lymington, Hants, said.

“I set myself the goal of top ten coming into this regatta as it’s something I have never quite managed at a world championships, so to achieve what I set out to do is a really great feeling.

“It was a really high scoring event with pretty crazy winds and consistency was key, so to get a black flag in race one of gold fleet put just a little bit of pressure on, and I’m really happy with how I dealt with that in the finals series.”