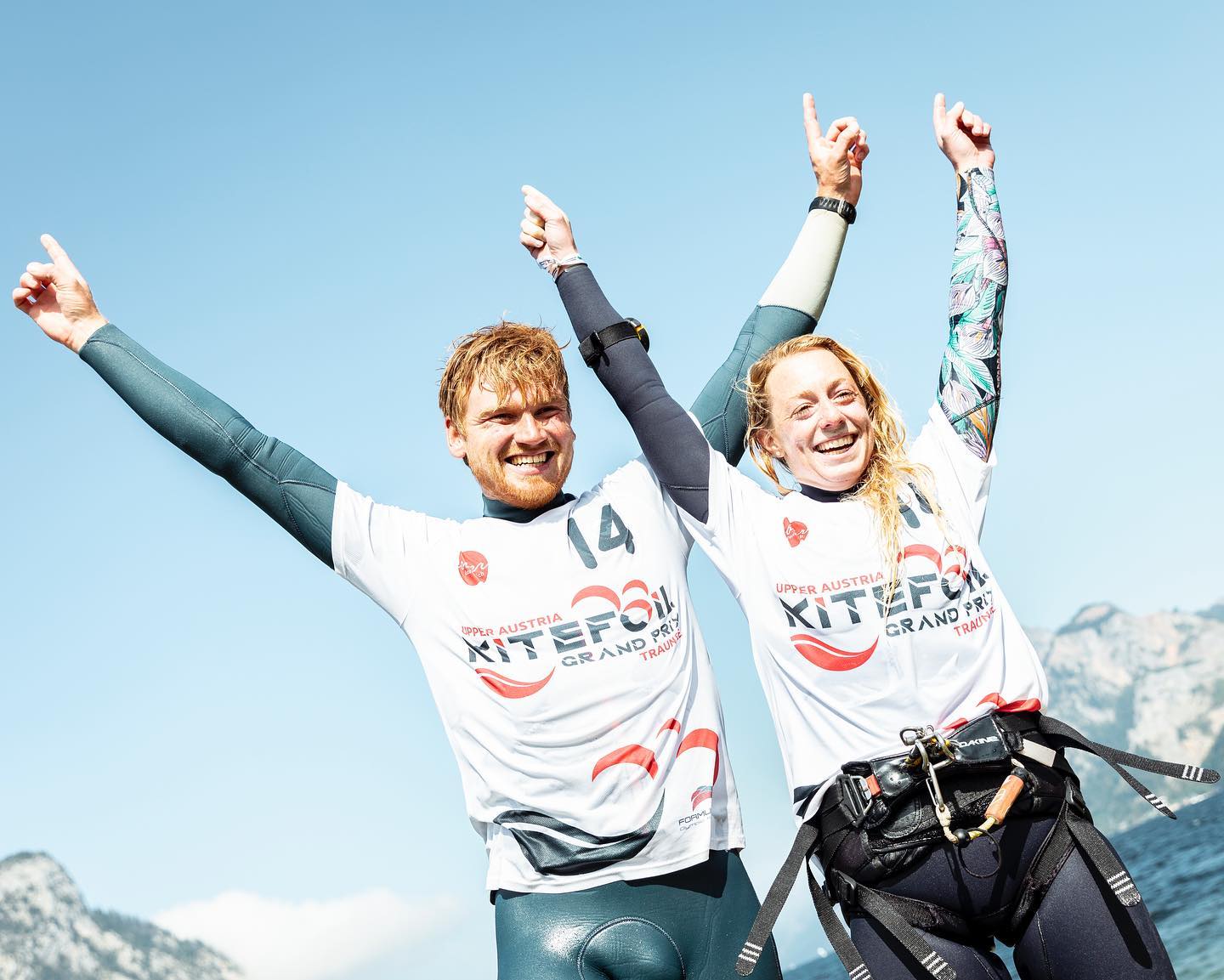 Connor Bainbridge and Ellie Aldridge followed up their individual Euros success to take team gold with Guy Bridge and Katie Dabson joining them on the podium taking bronze.

The mixed relay is still in its infancy and the Austrian event was the first time the format had a standalone event after featuring as a one-day showpiece at the end of the 2019 European Championships.

Bainbridge and Aldridge went into the 2020 regatta as defending champions, and enjoyed a strong start to top the fleet in qualifying. They took a two-point lead into the first-to-three final medal series.

Getting the job done early, the duo took the first finals race win and with it the point they needed to confirm their status as European Champions.

“In the final it was up to us to decide who goes first and everyone chose for the guys to race the first lap,” said Aldridge, 23, from Poole, Dorset. “It was super close between the guys and then super close with us girls too. I managed to overtake Leonie [Meyer – GER] to take the win.

“The pressure was on for us going into the final place in first, knowing that anything can happen in the best of three finale format. I’m really happy we could hold onto it and win.”

Both Aldridge and partner Bainbridge are becoming regulars on the international kite podium as individuals and seem to be excelling as a team in the newest Olympic discipline which debuts at Paris 2024.

“It’s been a crazy week with lots of ups and downs in this crazy new fast short course Olympic format,” said Bainbridge, 26, from Weymouth, Dorset. “I’m super happy that I managed to do my part for Ellie and we managed to bring home the gold and defend our title from last year. It’s a really great start to our Olympic campaign for 2024.”

Bridge and Dabson took the long route to their medal. Finishing fifth in qualifying meant they had to come through the semi-final round where only one can advance.

Taking two race wins and a second they comfortably made the final series even finishing second in the only race. As their team-mates had taken the title at the first time of asking, Bridge and Dabson had to settle for bronze on race wins count back.

“It was a really tough week with mixed results,” said Dabson, 24, from Weymouth, Dorset, “but a great opportunity for me personally to be racing around with the top five girls in Europe.

“I think Guy and I worked really well as a team and I’m really happy with how we both kited and handled the pressure in some really tricky conditions against some of the best in the world.”

Bridge, 21, from Exmouth added: “It’s been a great week of light wind racing and I’m really happy that we came away with a third after a close day of racing in slightly windier conditions.”

All three female competitors have progressed through the #Kite4Gold programme, a world-leading initiative from the British Sailing Team, British Kitesports Association, English Institute of Sport, UK Sport and The National Lottery to identify and develop world class female kite athletes.