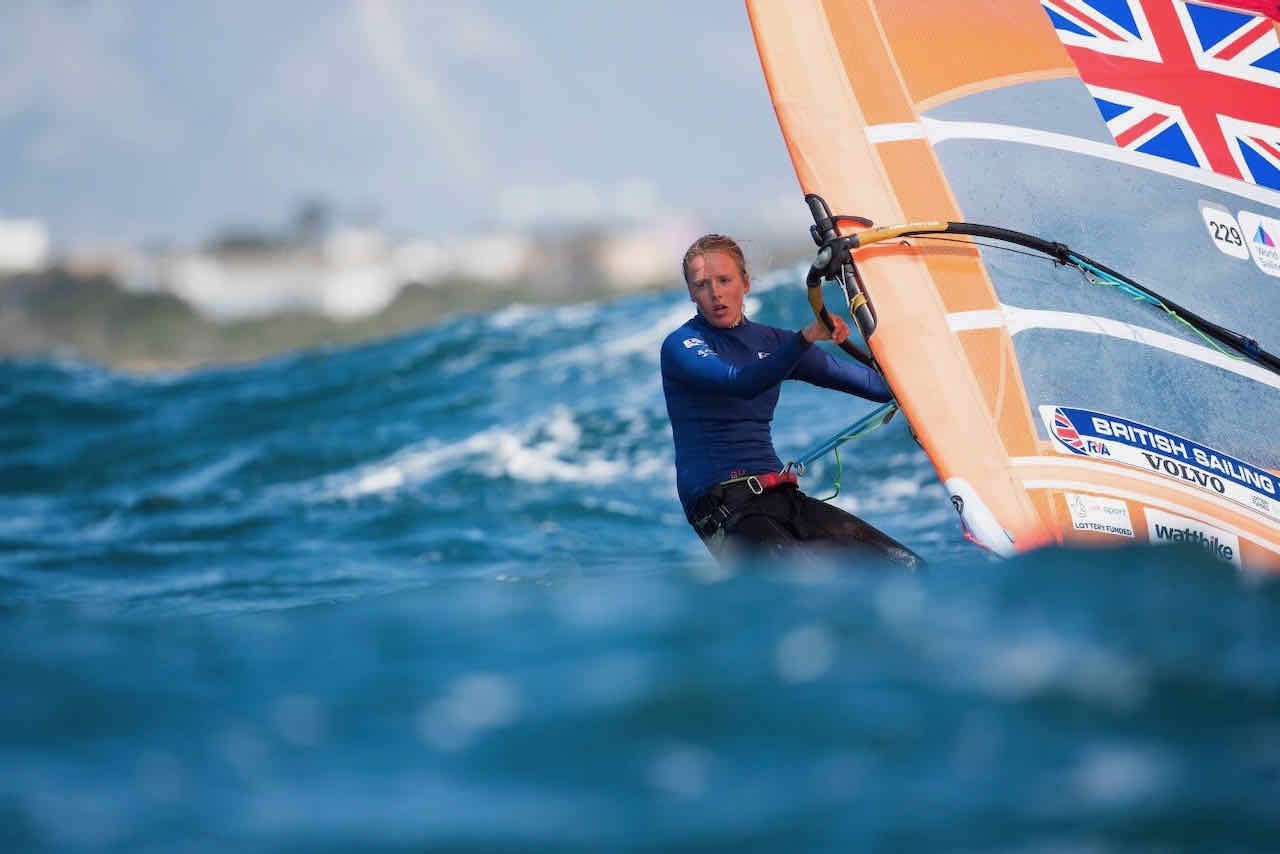 Wilson, who at 22 will be the youngest British sailor at the Games, came home fourth after five days of intense competition in Cadiz, Spain.

Squires, 27, was eighth in the men’s fleet, jumping up a place from the ninth at the 2020 World Championship 14 months ago in Australia.

Strong winds and big waves pushed the international fleets to the limit over the 10-race regatta, which was won by Dutch athletes Kiran Badloe and Lilian De Geus.

Reflecting on her week, Wilson, from Christchurch in Dorset, said the regatta had focussed her mind on areas to improve heading into Tokyo 2020, now just three months away.

“After a lot waiting at the start of the week with too much wind, we got ten races in the bag in some pretty crazy conditions,” she said. “We had big swell going the opposite way to the wind so that was pretty funky. I would be lying if I said I wasn’t going into the regatta trying to win a medal, but I will take fourth for now, especially finishing second in the medal race.

“I just made too many mistakes this week and the level is so high you can’t afford to make many mistakes. It’s good to see where I’m at now though and I am looking forward to see what I can do in the next three months leading up to Tokyo.”

Echoing Wilson’s sentiments, Squires said he remains focused on doing all can between now and the start of the Olympics in late July to secure a medal for Team GB.

“It’s been a long time since the last World Championships with so much adversity,” said Squires, from Kingston Bagpuize near Oxford. “I’m super grateful for the opportunity to train hard before the regatta and prepare for what could be the last competition before the Olympics. It feels good to be well within in the top ten, but I know I have to push harder than ever to between now and the Games to get an Olympic medal.

Both Squires and Wilson will now return to the UK and train from the British Sailing Team’s performance base at the Weymouth and Portland National Sailing Academy before heading to Tokyo in June.

“The British Sailing Team has a huge amount of resource to push me to have the best preparation possible before heading to Japan, and I’ll be back in Portland in May preparing my equipment and getting my body in good shape,” Squires added.

“I’ve been dedicated to putting 100 per cent into this Tokyo Olympics and although this last year has been challenging, to be able to train and race has helped me refine what I need to do to get a medal.”