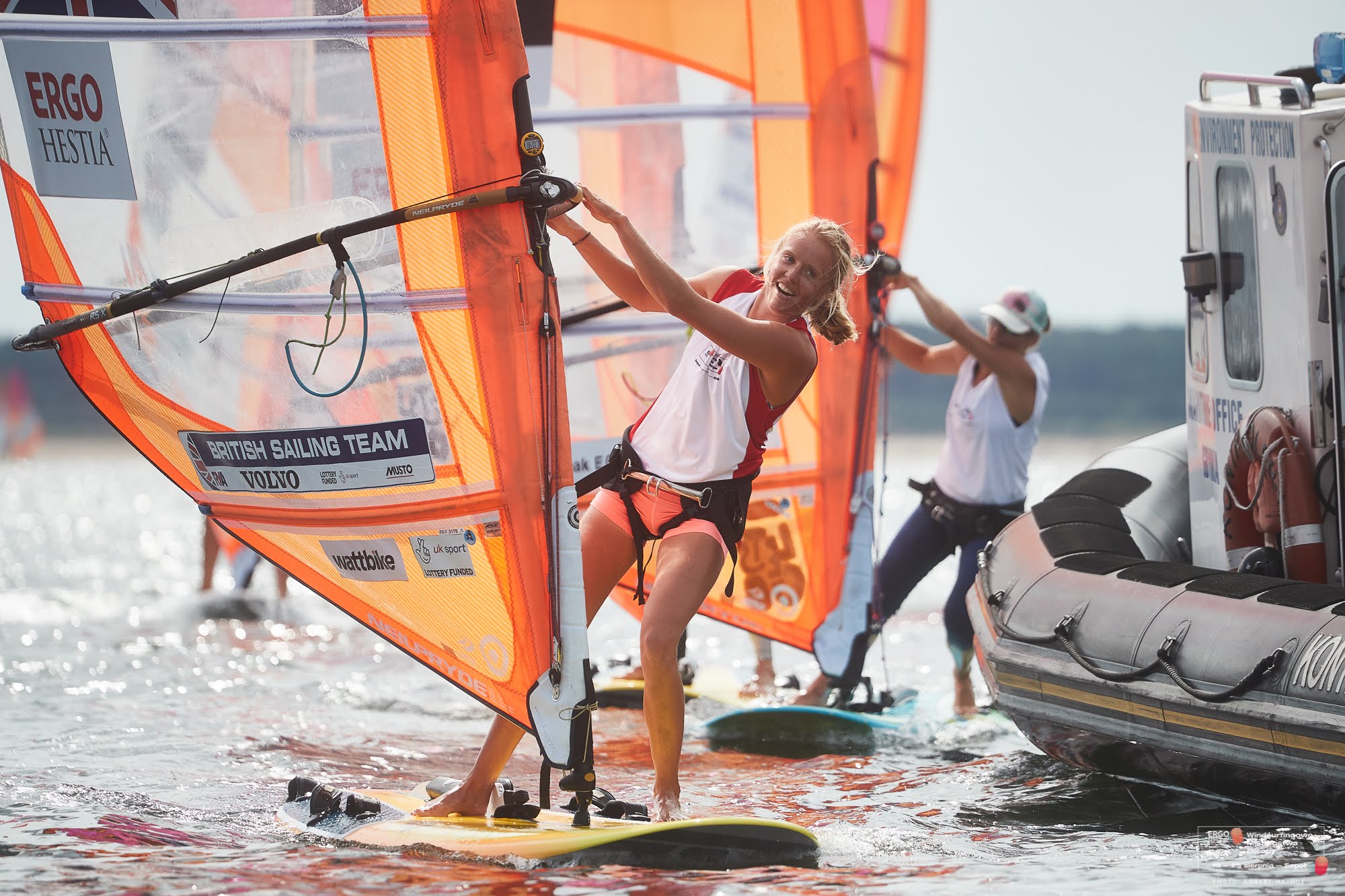 The 19-year-old from Christchurch, Dorset, bounced back from a fourth-place finish at the recent Sailing World Championships to scoop a podium spot at the 2018 RS:X European Championships in Gdansk, Poland.

She was also crowned the regatta’s top under 21 sailor, adding to her medal haul from the week-long event.

The British Sailing Team’s Andy Brown also came away with a medal – a bronze in the men’s under 21 category, while Tom Squires was Britain’s top senior finisher in 11th.

Just like at the Sailing World Championships, Wilson was the model of consistency and went into the double-points medal race in with a shot at finishing on the podium.

This time the young windsurfer wasn’t to be denied – and a third in the medal race sealed the deal.

“It’s my first senior medal ever, so I’m super happy,” said Wilson, a three-time youth world champion. “It was a really good medal race for me. It was light and shifty and there were some people that I had to keep an eye on, but I managed to come third and take the bronze medal.”

Even with a first senior medal, Wilson is still looking ahead to Tokyo 2020 in the aim to emulate her mum Penny, who represented Great Britain at two Olympic Games.

“I get to go home for a bit now,” said Wilson, “then it’s out to Japan for about a month to train with a lot of the top girls and do the World Cup out there at the Olympic venue.”

Wilson and the rest of the British Sailing Team will take on the world’s best sailors at the first Olympic test event held at the Tokyo 2020 sailing venue Enoshima from September 9 to 16.