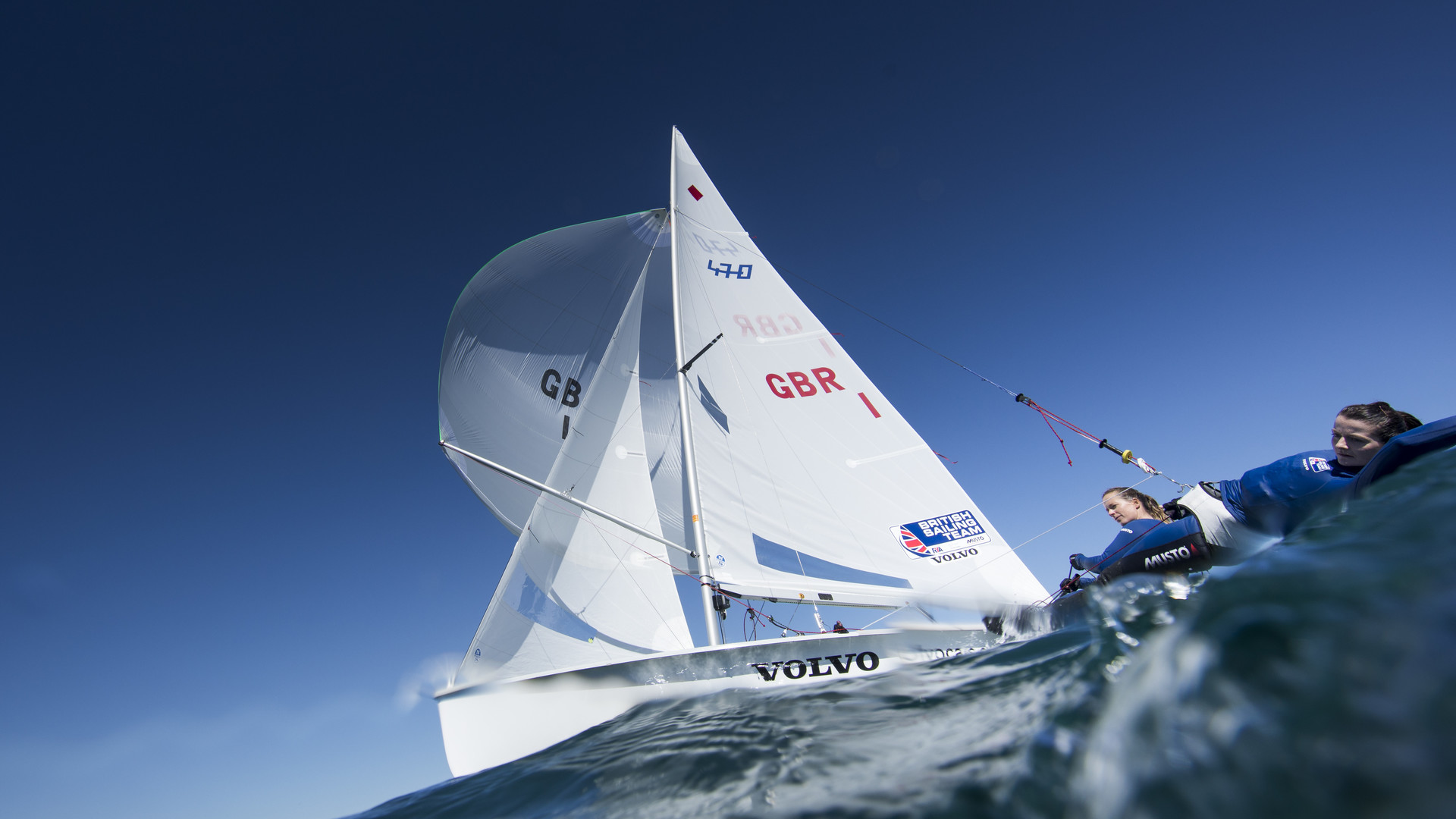 British Olympic campaigners Hannah Mills and Eilidh McIntyre will look to defend their 470 class world title as they go into battle against the world’s best just four months out from Tokyo 2020.

The 2020 470 World Championships, which kicks off on Monday March 16, will be one of the last opportunities for Mills and McIntyre to test themselves against their rivals before the Olympics.

The pair rounded off an impressive 2019 with world championship victory on the Olympic waters of Enoshima, Japan. 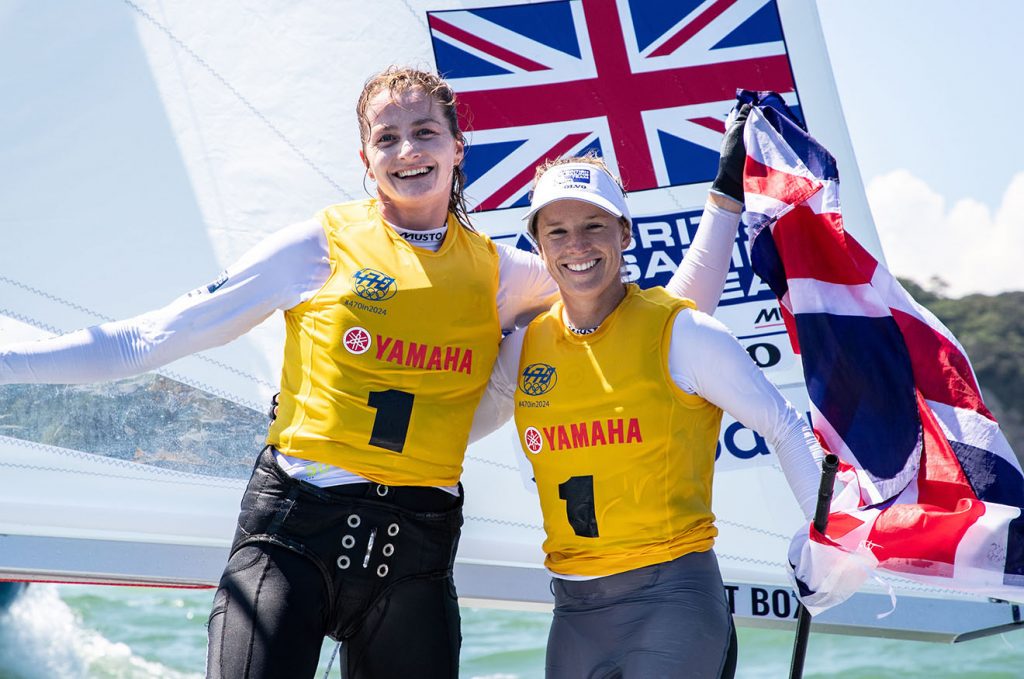 Since then there have been some crucial changes. First Mills and McIntyre were announced among the first athletes on the Team GB teamsheet for Tokyo 2020, and then they joined forces with Joe Glanfield, the coach that took Mills to gold at Rio 2016.

Now all eyes turn to Palma, Mallorca, as Mills and McIntyre attempt to strike another blow to the international fleet at this most vital point of the Olympic cycle.

But while winning the world title for a second time in a row would be a huge confidence boost as the clock counts down to Tokyo, it isn’t the ultimate goal.

“We’re really excited,” said Mills, 32, from Cardiff, Wales. “We know the waters well, the competition is going to be as tough as it’s ever been, and we’re looking forward to seeing where we line up.

“I don’t think going into the regatta as defending champions changes too much – we still have to do to everything that we’d normally do, and do it better than anyone else.

“Ultimately, whether we win, finish on the podium or even have a complete disaster, this event is about reviewing our performance, learning from our mistakes and taking that to Tokyo this summer.”

McIntyre, 25, from Hayling Island, Hants, added: “The best in the world will be there and it’s going to be an amazing event. It’s a good benchmark going into Tokyo but more than that it’s a great chance to perform at a major regatta one last time before the Games.

“Everyone always wants to be world champion, it doesn’t matter if it’s three years or three weeks before the Games. But these worlds are all about preparation and performance for us. We’re working with Joe Glanfield for the first time this cycle and we’re just really excited to see where we can take this team.” 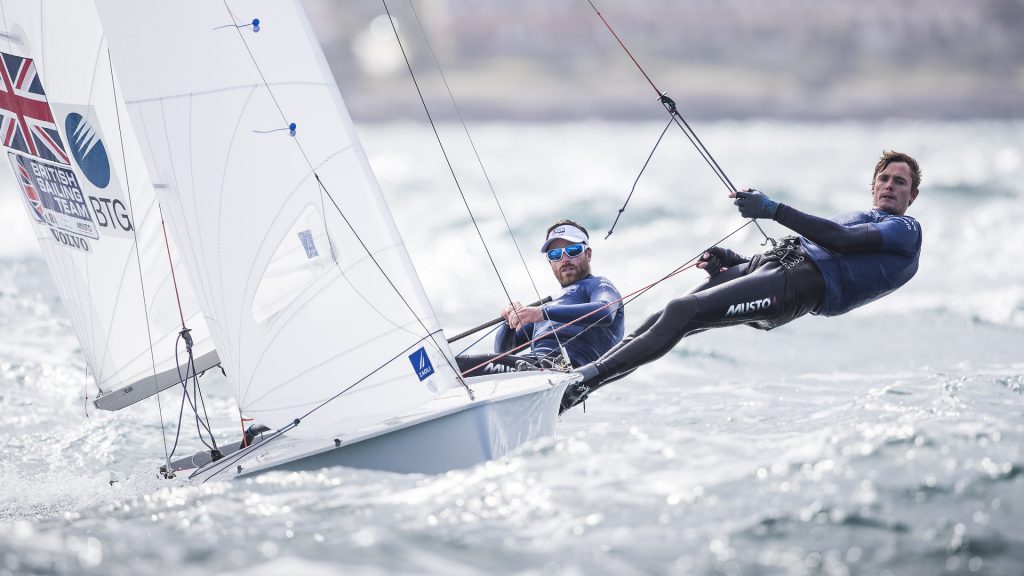 Team GB’s Tokyo 2020 men’s 470 representatives Luke Patience and Chris Grube (above) will be looking to make their mark on the men’s fleet as they charge towards Tokyo 2020.

The duo will try to capitalise on a strong start to 2020 which saw them win the North American title followed by a ninth at the World Cup Series Miami round.

And for the first time ever, mixed crews will compete for a world title in recognition of the changes being brought in for the Paris 2024 Olympic Games. 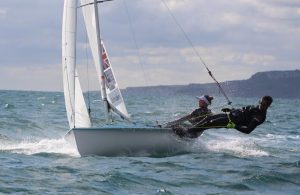 The British Sailing Team will field five mixed crews. Among them will be Amy Seabright and James Taylor (below), who have spent the winter training alongside Mills/McIntyre and Patience/Grube, as well as 420 world champion Vita Heathcote and recent MedSailing 2020 Trophy winner Freya Black.