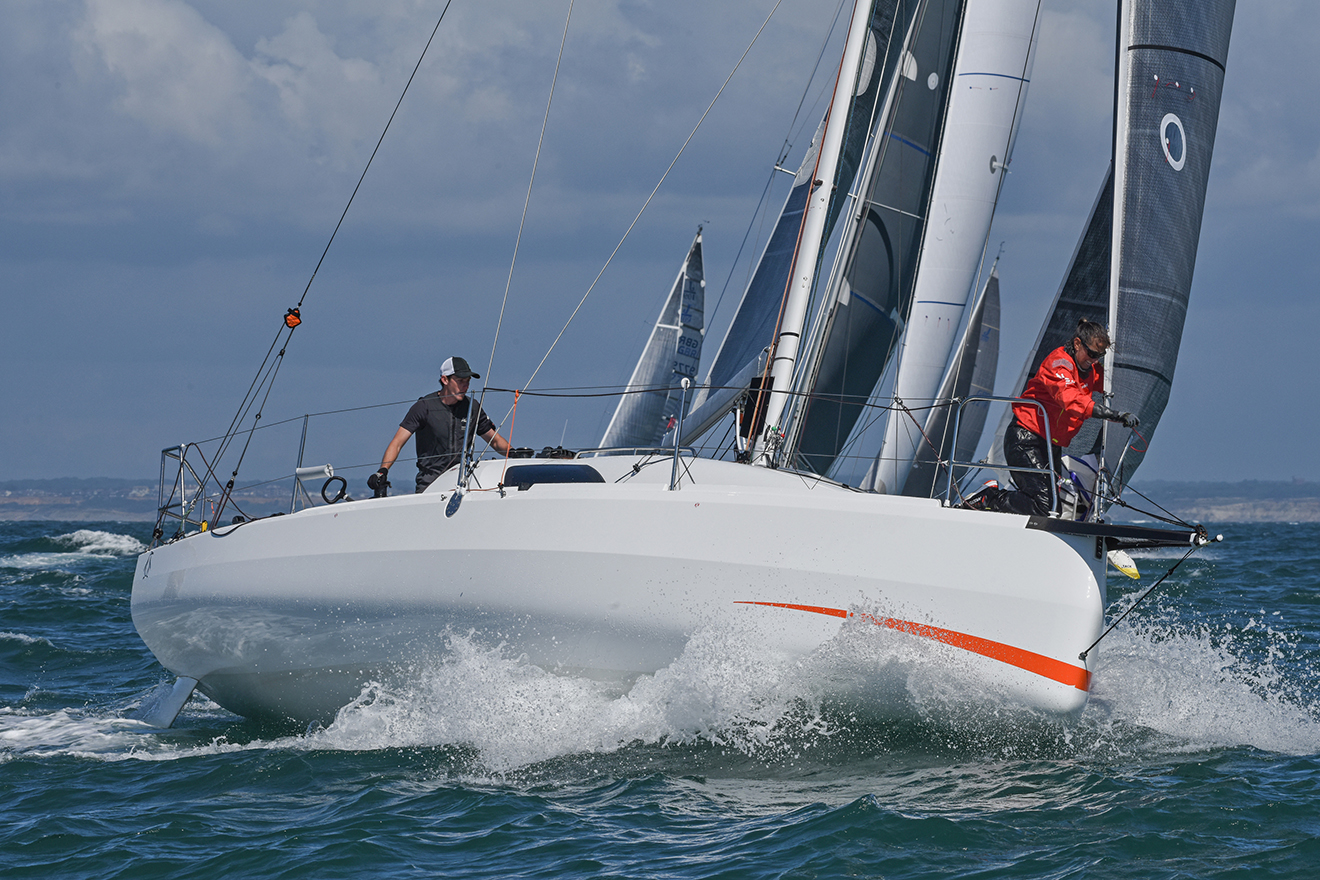 Caffari and Harayda will go up against teams made up of Europe’s most talented offshore sailors in the next major step towards the Paris 2024 Olympics where the mixed offshore keelboat event will debut.

The pair were picked after an impressive second-place finish in their SunFast 3300 Gentoo at the recent Drheam Cup, a 428-mile race starting and finishing in France.

With one Vendee Globe and two Volvo Ocean Races also under her belt, Caffari has now set her sights on the Olympics.

“As soon as I heard that doublehanded keelboat sailing would be in the Olympics I knew I had to be involved,” said Caffari. “It’s an exciting development for this class of sailing, and it plays to my strengths.

“James and I got together quite last minute but he’s really impressed me and we’ve formed a really strong team. We’re delighted to have been selected for the Europeans, and it’s a good step towards Paris 2024.”

Harayda, 22, is a graduate of the RYA’s British Keelboat Academy, a programme to support young sailors to develop their keelboat sailing skills to a professional standard. Like Caffari, he too has the Olympics in focus.

“The ultimate goal is to win an Olympic medal at Paris, ideally a gold,” he said. “Paris 2024 seems like a long way away but it’ll be here in a flash. Dee and I have been very pragmatic about our future together – there are so many unknown variables that no-one knows what the best combination of people will be. But right now it’s working really well and we’re both really excited.”

Caffari and Harayda were given the nod by the selection committee of Stacey Clark (RYA representative on the World Sailing Offshore and Oceanic Committee), Ian Walker (RYA Director of Racing) and Jack Fenwick (RYA Keelboat Development Manager).

“We are delighted to select Dee and James to be the British representatives at the 2020 Mixed Offshore European Championship,” said Fenwick. “We had a number of really strong teams vying to sail for Britain in Genoa, which is very encouraging for the future of this exciting new Olympic discipline. Dee and James had an impressive result in their first offshore race together at the Drheam Cup and have shown real promise as a team. We wish them the best of luck at the European Championships.”

The championship will be held in Genoa, Italy, and will consist of a single, 45-hour offshore race beginning on September 3. Racing will take place in identical L30 yachts supplied by the regatta organisers.