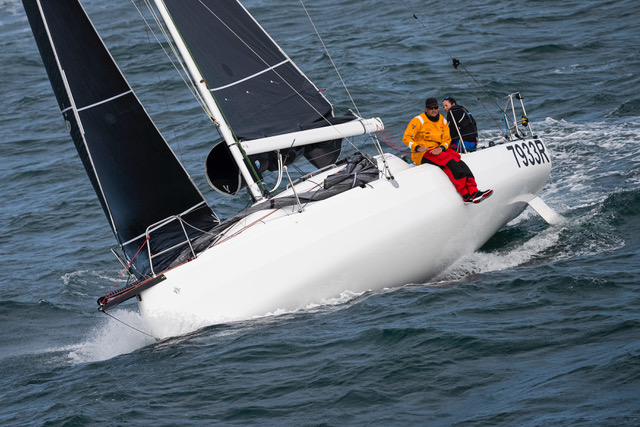 British offshore sailors Henry Bomby and Hannah Diamond are among the first mixed pairings to set their sights on a medal in the new double-handed discipline at the Paris Olympic Games in 2024. They have been training aboard a Beneteau Sun Fast 3300 under the guidance of Charles Darbyshire Fourth Cape offshore training operation and recently secured their first notable win in the recent Rolex Fastnet Race.

With the completion of the 2019 Rolex Fastnet Race and podium positions decided, the mixed double handed crew of Henry Bomby and Hannah Diamond received the confirmation of their IRC 3A win along with first mixed doublehanded crew and taking second place in the IRC Doublehanded division rounding off a successful race for the pair.

Having only joined forces earlier in the year following the introduction of a double handed, mixed offshore worlds, and an offshore event on the roster for the Paris 2024 Olympics, Bomby and Diamond campaigned the new Sun Fast 3300 from Jeanneau.

Bomby and Diamond began their training in France onboard SAPRISTI, Sun Fast 3300 Hull #1 and in early July the first UK Sun Fast 3300 ‘Fastrak XII’ arrived into the UK. After a short intense period of commissioning, fit out and optimisation by the Sea Ventures UK and Fourth Cape teams, Bomby and Diamond had time to complete their Fastnet qualification mileage and put Fastrak through her paces.

“Our preparation going into the Fastnet Race was short and intense” commented Hannah; “With very little time from the boat arriving in the UK to the start of the race, we were grateful for the shore help we had to get her race ready” 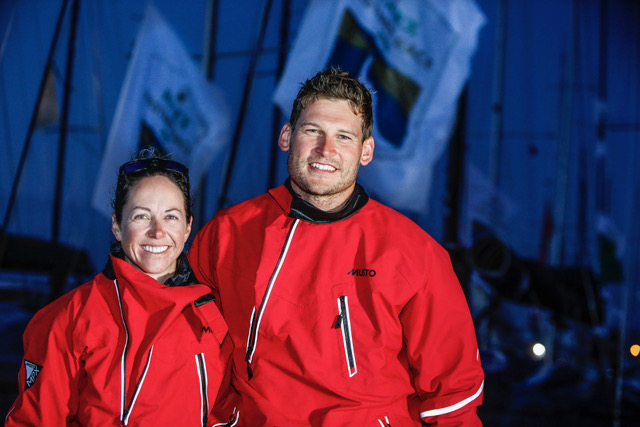 Commenting on the Fastnet race Bomby said: “We had a great race, a pretty clean exit out of the Solent and managed to hit some of the tidal gates which really helped keep us in the mix, the boat performed very well and hit some high speeds, especially for her size –I saw us hit 23kts of boat speed under our full main and the mast head zero. At times we were still trying to work out modes for some of the sails we have onboard but ultimately had a pretty clean race and we’re very pleased with the end result.”

With the Fastnet Race complete the campaign focus looks forward to the recently announced EUROSAF Mixed Offshore European Championship event taking place in Italy in October. Hoping to qualify and represent Great Britain, Bomby and Diamond will have to await the decision of the RYA, who have opened applications to select a team to attend the event.

Suiting the duo’s knowledge and combined experience, the event consists of a short in-port race followed by a 48hr offshore battle from Venice to Trieste and is to be competed in 30ft identical L30 class yachts – the recent choice of equipment for World Sailing’s Offshore World Championship which begins next year.

Commenting on their Fastnet performance, and future events Fourth Cape’s Managing Director Charles Darbyshire: “We set out in January with the ambitious goal of a podium place in the Rolex Fastnet double handed division, in a boat that was still pretty much on the drawing board, and in the knowledge that our boat, #3, would only be delivered a matter of weeks before the start of the race.

“We decided to put together a mixed team to further our goals of supporting sailors looking towards Paris 2024. Through some careful pre-planning, and a period of decent weather as the boat arrived, we were able to layer on the performance enhancements that are required at this level.

“Second place is a great result. Hannah and Henry worked well together not only during the race, but in the build up to it – they are a very capable team. We look forward to seeing if they are selected to represent GBR in the EUROSAF Mixed Offshore event in Italy, which would be their first introduction to the L30 Class, as the supplied equipment is without the ability to tweak the boat to their needs, they will have to adapt quickly to what they are provided.“