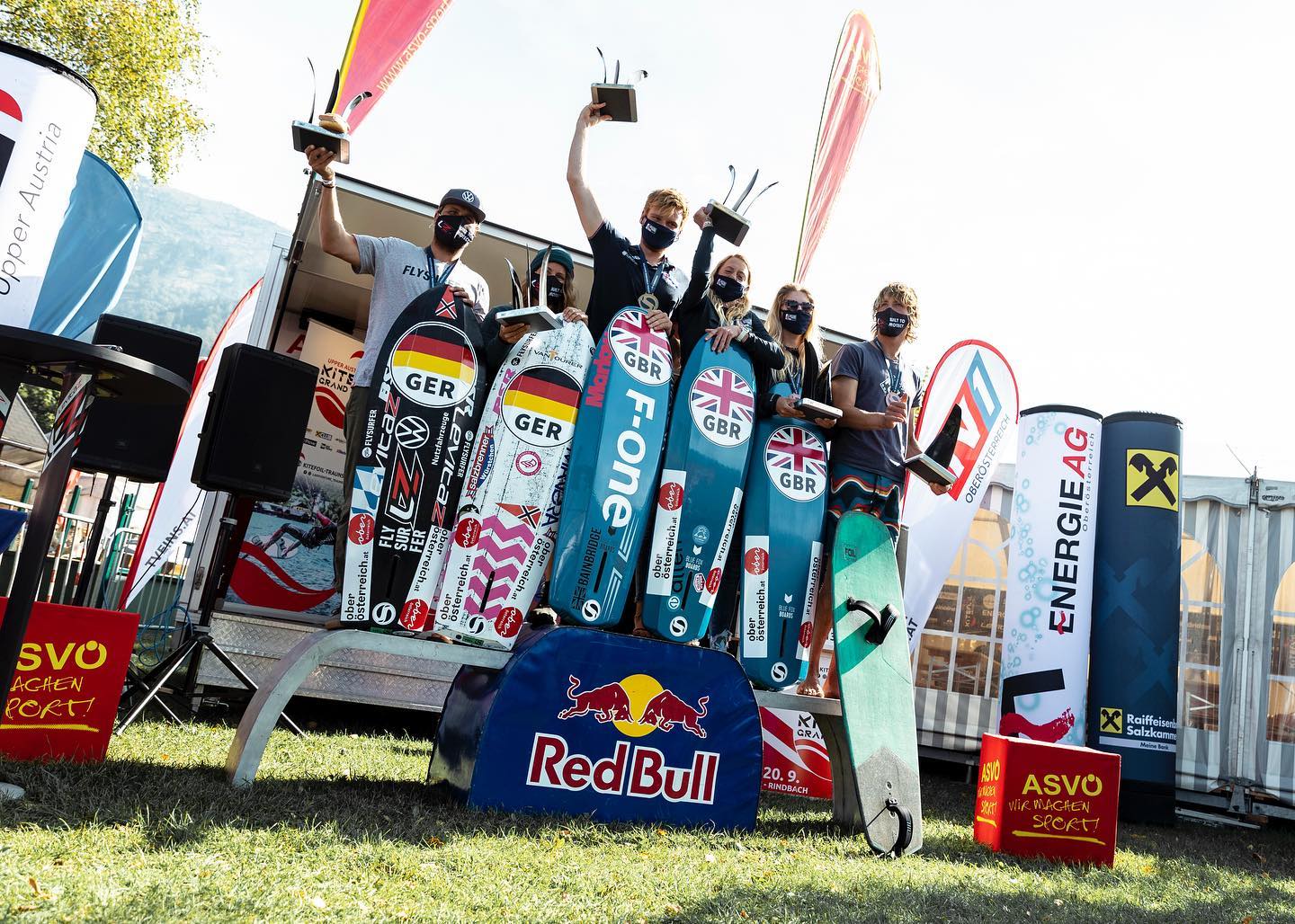 The British Sailing Team’s kite foil racers have won a prestigious UK Sport award in recognition of their success over the past two years.

The Formula Kite Mixed Relay team scooped the award for the Biggest Turnaround or Breakthrough in High Performance Sport at the annual UK Sport PLx Awards.

The awards ceremony celebrates achievement in elite sport in the UK – and the kite foilers saw off impressive competition from the high-performance community to pick up the honour.

In the Collaboration and Team Working category Kate Eddy, the British Sailing Team’s Head of Performance Support, and Pete Allam, CEO of Weymouth and Portland National Sailing Academy, were shortlisted in recognition of their work to allow training to resume safely so soon after the first lockdown.

Kite foil racing was selected for the Paris 2024 Olympics in November 2018, but even before then the British Sailing Team had launched its pioneering #kite4gold programme to discover talented female athletes capable of bringing home gold.

Joining forces with UK Sport, the English Institute of Sport and the British Kitesports Association, the BST brought together an impressive group of young, female athletes under the tutelage of prominent sailor and kiter Jonnie Hutchcroft.

Within a year of the project launching, dinghy sailor-turned-kite foil racer Ellie Aldridge had been crowned European champion and her teammates – Katie Dabson, Lily Young, Maddy Anderson and Jemima Crathorne – had established themselves as world-class athletes.

The female athletes were joined on the British Sailing Team by Connor Bainbridge and brothers Guy and Olly Bridge, already world-renowned riders.

Since the BST’s kite foil programme began, athletes have won numerous medals on the international stage culminating in gold for the second year running at the Formula Kite Mixed Relay European Championships for Aldridge and Bainbridge (pictured above). Dabson (below) and Guy Bridge joined them on the podium, taking bronze.

Bainbridge dialled into the virtual awards ceremony this evening to accept the award on behalf of the kite foil racing team, which is based at the British Sailing Team’s base at Weymouth and Portland.

“The introduction of kite foil racing to the Olympics has brought a host of new and interesting challenges to an established and mature programme,” said Nicholls.

“The way the team has stepped forward to accept this is hugely inspirational and shows the strength and bravery of the riders and support staff. Their deliberate focused attention to the challenge and willingness to really push the accepted boundaries of what’s possible are now being rewarded with outstanding performances on the water. What we have seen so far is only the beginning and I can’t wait to see where they can get to.”

Hutchcroft, who coached the #kite4gold athletes, added: “It’s been an incredible journey working with the kite foil team. We’ve learned so much, it’s been such a ride. I’m so pleased that this project has gotten this recognition from UK Sport, it means so much.”