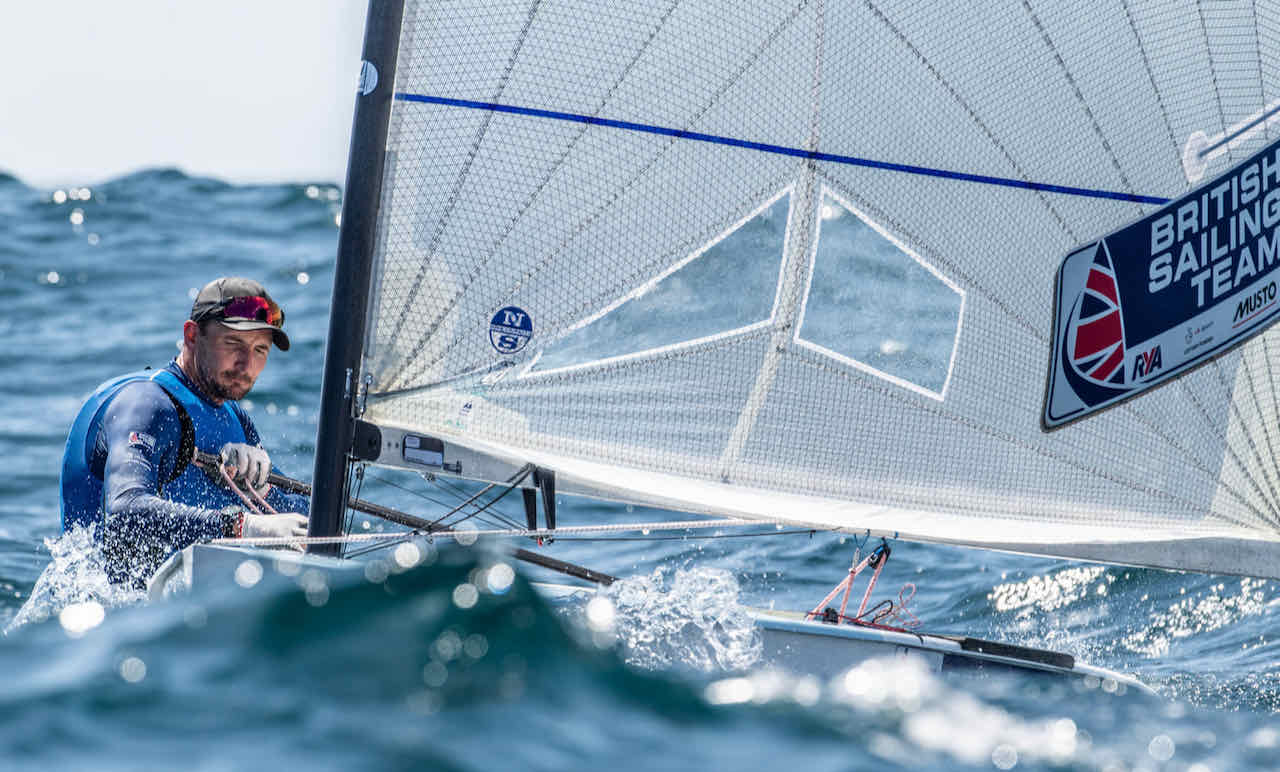 Scott, 33, took the runner up spot at the Euros for the second year running, despite having only just returned to Olympic class racing having been in New Zealand with Sir Ben Ainslie’s America’s Cup outfit INEOS Team UK since late 2020.

Hungary’s Zsombor Berecz defended his European title in style, winning with a race to spare in Vilamoura, Portugal, while Switzerland’s Nils Theuninck completed the podium.

Scott, who will be among the favourites for a medal at Tokyo 2020 this summer, has juggled Olympic campaigning with America’s Cup duties alongside Sir Ben since 2014.

Prior to the European Championships he said that it would be a critical benchmark of his performance against his international rivals – and reflecting on his result Scott said he knows where work is needed in the run-up to his Olympic title defence.

“This week I have to settle for and be content with second this week,” said Scott, from Huntingdon, Cambridgeshire. “It’s been good to be able to jump straight back into a major event after my six-month sabbatical. It’s highlighted where I’m at and ultimately the work that needs to be done for the Games in three months’ time.

“There is plenty I could have done differently; hindsight is a beautiful thing. I’m not really sure where I thought I’d be at, but ultimately the only thing that matters is where I am in three month’s months’ time. It’s great to have a line in the sand now – onto the next regatta!”

Since Scott was announced as Team GB’s pick for Tokyo 2020 in October 2019, his campaign has been backed by training partner Henry Wetherell (above), who won the under-23 European title in 2017.

Wetherell, 24, demonstrated his talent winning the opening race of the regatta, and finishing seventh overall.

“I’m pretty pleased with finishing seventh after a long time out the boat and a short build up,” he said. “I had a mix of conditions with today being the toughest to call, but I’m happy to get one decent race in to jump a few places overall.”

“It was a tricky week out there,” Cornish (below) said. “ It was very hard to understand the racecourse and many races were determined by the first shift of the race.

“Having been out the boat so long I was certainly off the pace and therefor opened myself up to a lot of risk to try and bridge some gaps.”

The British trio will now head north from Vilamoura to Porto to the Finn Gold Cup – the class world championships – which take place from May 4 to 12.

Full results from the European Championships can be found here.