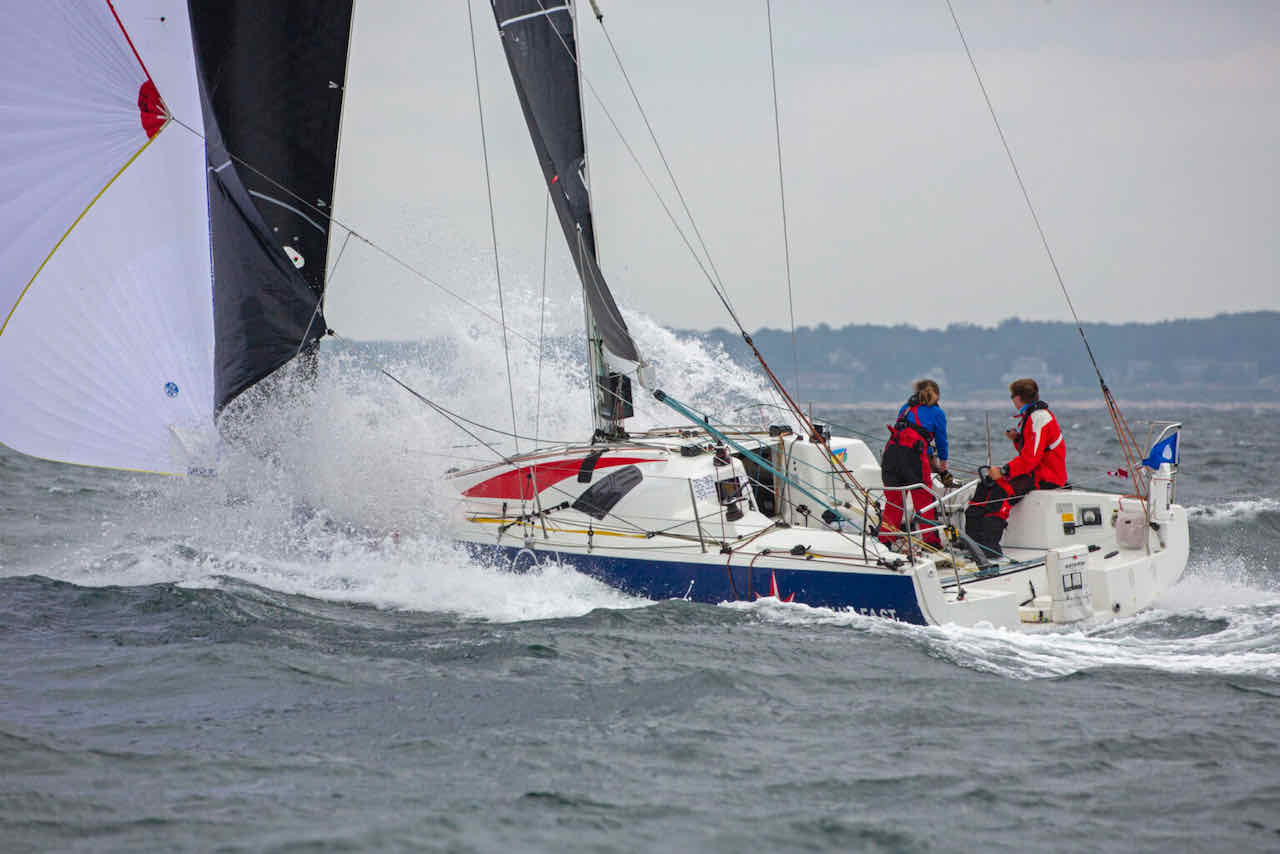 Prospects of a double-handed mixed offshore event being approved for the Paris 2024 Olympic Games have faded considerably over the last 24 hours with the news that the IOC has given a lukewarm response to the proposed new discipline put forward by World Sailing.

The proposed new Olympic event was based around a 24-hour offshore race using small fast keelboats crewed by male and female co-skippers. It may have hit the target when it came to the IOC obsession with equal number of male and female competitors at the Games, but the IOC committee members turned their noses up at the cost, complexity, and safety aspects of staging such an event on the Mediterranean waters off Marseille.

They also balked at the fact that World Sailing had so far been unable to organise a World Championship in the Mixed Offshore Doubles discipline. It seems a little harsh for them to cite this as a world championship schedule to take place as part of the 2020 Rolex Middle Sea Race had to be cancelled due to the Covid 19 global pandemic.

The IOC made their feelings clear on the event in a letter to World Sailing in which they say that although they have not yet officially ruled out an offshore event, they want World Sailing to come up with an alternative proposal just in case they do.

“This is not an official decision from the IOC, but rather a direction of travel and assistance to help World Sailing secure our tenth medal at Paris 2024, should the Offshore event not be endorsed by the IOC Executive Board in early June,” explained World Sailing CEO, David Graham.

“This is very disappointing news, and we are aware this upset will be widespread across our community if the decision doesn’t go our way. The Mixed Offshore Event was democratically selected by our members and remains our first-choice event for Paris 2024; we have made this clear to the IOC and will continue to do so. However, the contents of the letter from the IOC are consistent with decisions they have made in other sports.

“Now is the time for the World Sailing community to unite and work collaboratively. World Sailing is in an unprecedented position. We have clear guidelines from the IOC, and a hard deadline, within which we must agree upon proposed alternatives.”

The IOC missive means there will now be a scramble to come up with a suitable alternative option for the seemingly doomed mixed offshore event.

While it is bad news for aspiring Olympic sailors around the world who have already committed time and resources into their offshore campaigns for Paris 2024, this new scenario opens the door for other classes to pitch for Olympic inclusion.

The Finn Class is widely rumoured to be hatching a joint proposal with the Europe Class for a mixed gender proposition; or perhaps Match Racing with gender equal gender crews could be a good bet?

Time is at a premium for those hoping to capitalise.

A late submission process for proposing alternative events will begin on 17 April 2021 and conclude on 23 April 2021. The propositions will be vetted by the regular World Sailing processes with a final decision being made at the World Sailing’s Mid-Year Meeting will be held virtually from 10 – 14 May 2021.

Just in case you want to play along at home (you might find it’s not as easy as you might think) proposals must comply with these IOC criteria:

1. Align with Olympic Agenda 2020+5, including relevance to the youth, innovation, universality and participation of the best athletes
2. Keep full gender equality on both number of events and athlete quotas (e.g. alternative mixed-gender events or split of currently approved mixed events into men’s and women’s events)
3. Prioritise universality and maximise the accessibility of the sport
4. Should have been previously tested at the respective World Championships organised by World Sailing
5. Should not cause an increase of the overall cost and complexity for the Paris 2024 Organising Committee, National Olympic Committees and/or National Federations, specifically in the direct comparison with the sailing programme, as a whole, in Tokyo 2020
6. Use of existing venues/Fields of Play

We will not have to wait too long to hear what has been put forward for consideration as the list will be published on the World Sailing website on 30 April 2021.