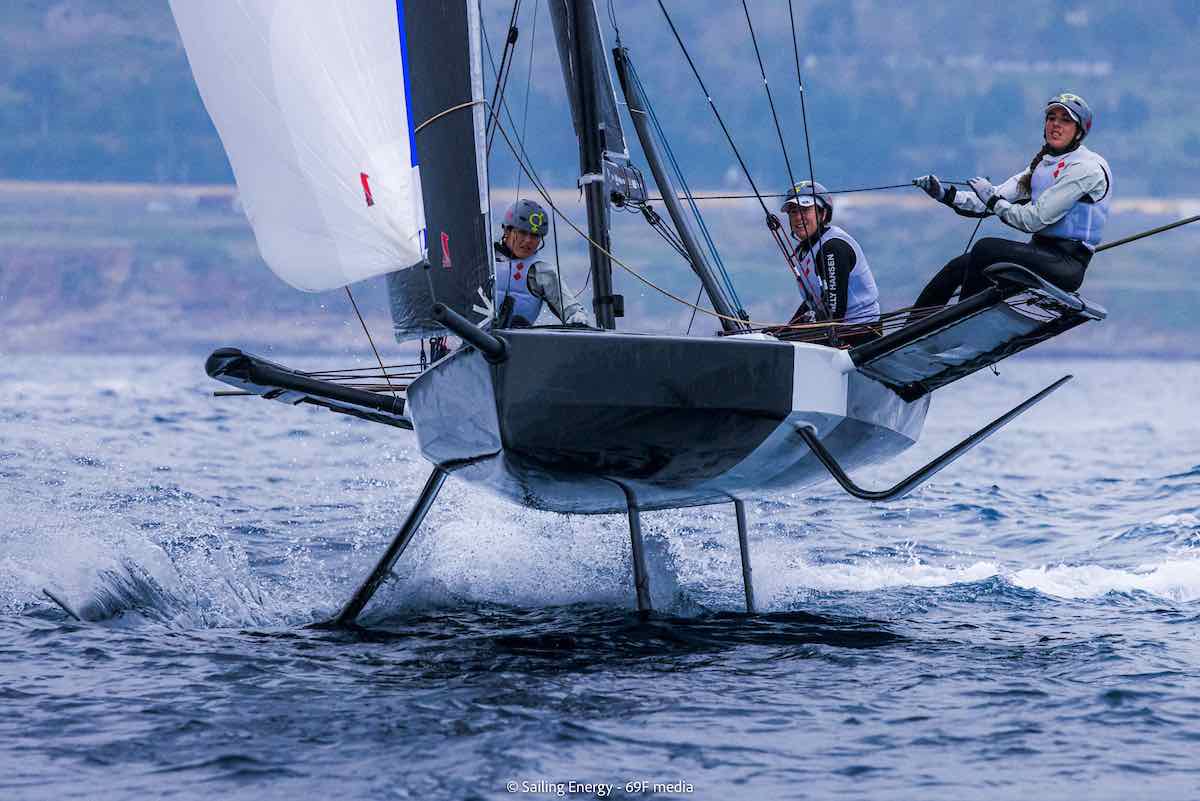 As the days shorten in the northern hemisphere and the sailing season draws to a close, there remains one bright spark in international sailing. The 69F Pro Cup is an invitational event, organised by Luna Rossa Prada Pirelli helmsman Checco Bruni and his home club Circolo Velico Sferracavello on the north coast of Sicily.

America’s Cup helmsman and multiple-time world champion, Checco naturally has an impressive group of sailing friends, and he has invited the world’s best. Joining him on the Sicilian waters are Tokyo gold medalists Dylan Fletcher in the 49er and Ruggero Tita in the Nacra 17 as well as triple Olympian Tamara Echegoyen who will lead a 100% woman’s team. In addition, Sail GP helmsman Phil Robertson will combine his world champion match racing experience with his foiling prowess.

An equally illustrious two-person crew backs up each world-class skipper and each boat represents either Olympic or America’s Cup talent. But, with so many stars out on the water, there’s one team that has stars in their eyes. Team DutchSail – Janssen de Jong, the undisputed champions of the Youth Foiling Gold Cup series, have been given the opportunity to face off against their idols.
The young Dutch team has demonstrated complete mastery of the foiling Persico 69F in all conditions but refuse to be considered favourites.

“The match racing is going to decide everything in this event. We’re going to face off against pros who have been match racing for longer than we have been alive, so we are the underdogs here.” Scipio Houtman- Team DutchSail – Janssen de Jong.

Even as the training days have been marred by torrential downpours, watching such celebrated sailors come to his club is a highlight for Checco Bruni.

“It’s an exciting moment for this club, as the first international regatta organised by this club has attracted the world’s top-level sailors. We’re also very pleased that the forecast is improving and it is supposed to be sunny all weekend. This place is like paradise when it’s sunny.”

The event will run over three days, the 12 to November 14, and will combine two days of fleet racing that will create a ranking that will determine how teams will face off in a series of match races on the final day to determine an overall winner.

Ruggero Tita, gold medalist from the Tokyo Olympics in the foiling Nacra 17, is excited to start tomorrow. “It’s really great to finish the season with such a cool event. We’ll work hard not to be beaten by the youngsters. It’s very nice to have a pro event, and it would be great to have more!