US Sailing has announced Paul Cayard in the role of Executive Director of U.S. Olympic Sailing.

One of America’s most accomplished sailors, Cayard will take the helm of the US Sailing Team, inclusive of the U.S. Olympic Sailing program. 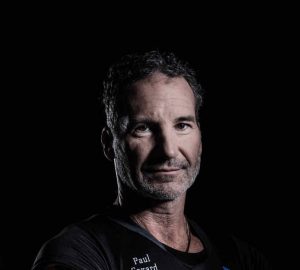 Cayard has been highly involved in Olympic Sailing throughout his illustrious career. He is a two-time Olympian in 1984 and 2004. Sailing in the Star Class, he earned a silver medal at the pre-Olympic regatta in 2003. Cayard went on to finish fifth at the 2004 Summer Olympic Games in Athens.

“We are thrilled to be making this announcement today that Paul Cayard will be taking the lead of the US Sailing Team and our Olympic Sailing program,” said Cory Sertl, President of US Sailing.

“Paul’s passion for Olympic Sailing and his drive for excellence has inspired American sailors for decades, both on and off the racecourse. His strong leadership skills and experiences, combined with his energy and enthusiasm, will be a tremendous asset to the program. We look forward to working closely with Paul as we prepare for the 2021 Tokyo Games and we believe in his vision for our future as we look ahead to Paris 2024 and LA 2028.”

Cayard discussed what inspired him to return to Olympic Sailing in this leadership role with the US Sailing Team. “Being an Olympian is certainly part of my motivation,” said Cayard. “However, being an American and being part of a movement to support American sailors taking their rightful place amongst world class competition is my strongest motivation.”

The San Francisco native is a seven-time world champion, seven-time America’s Cup competitor, has twice circumnavigated the world, becoming the first American to win the Whitbread Round the World Race in 1998. In 1998 he was selected as the Rolex Yachtsman of the Year and in 2011 he was inducted in the National Sailing Hall of Fame.

“My contributions will be in painting the vision, leading the execution of that vision and garnering support for that vision,” explained Cayard. “I will promote a culture of excellence, commitment, dedication, teamwork, professionalism, and ultimately, satisfaction.”

Cayard is one of the sport’s pioneers in the management of sailing teams and brings a wealth of experience in working with Fortune 500 companies such as Disney, Ford, and United Technologies. A Rolex Ambassador since 1998, Cayard has also endorsed various brands including Oakley and Zegna.

“Each team is unique, and each challenge is unique and requires unique solutions,” he added.

Cayard expressed his optimism and confidence in the future of U.S. Olympic Sailing. “We have everything we need to win in this country. What we need to do is come together as a movement, as Americans, to bring American Excellence to bear on the field of play, through our very dedicated and talented athletes. There is a role for everyone in American Sailing to play in our journey toward the top of the podium.”

Judge Ryan, US Sailing Board member and a Representative of the Athlete Advisory Council, discussed the hiring from an athlete’s perspective. “I am very excited to welcome Paul Cayard as Executive Director of the US Olympic Sailing program,” said Ryan. “Paul has had a tremendous career in the sport of sailing and is now in a unique position to help pass on his knowledge to this amazing group of athletes. I know Paul has deep empathy for US Sailing Team athletes, having made and missed a US Olympic Team in his career, he knows first-hand the trials and tribulations these athletes go through.”

“He is now in a position to start addressing athletes’ needs and how best to begin positioning the team for a great performance in the 2024 Games and a return to sailing excellence on home waters at LA 2028,” added Ryan. “I am confident our Olympic program is in good hands with Paul focusing on building a sustainable culture of excellence for future generations to come.”

Under Cayard’s leadership, the U.S. Olympic Sailing program will bring best-in-class coaching, elite athleticism, and best-in-the-world technology and innovation to the US Olympic Team.

Further, the program will continue to cultivate its Olympic Development Program (ODP), launched in 2014, to cultivate a strong pipeline of young talent and enable them to pursue the loftiest of dreams. Overall, the program aims to create a culture of excellence that inspires every American sailor.