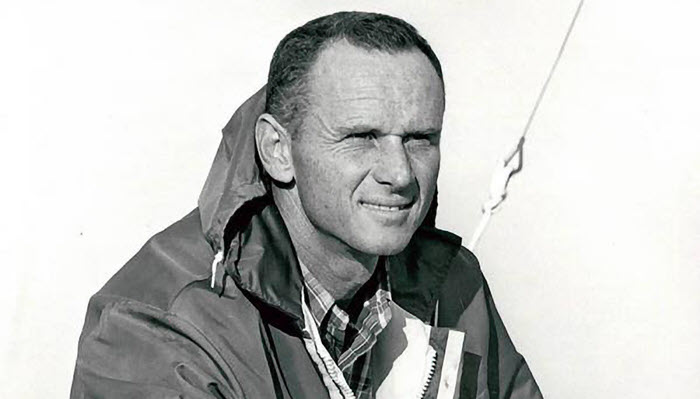 Tributes are pouring in from the professional sailing community around the world following the death last weekend of legendary American sailor and sailmaker Lowell North – founder of the North Sails global sail making business.

North died at his home in Point Loma, California on Saturday night, reportedly after suffering a stroke. The 89-year-old was a two-time Olympic medal winner and a five-time world champion in the Star Class.

“He affected many people’s lives when you think about what he’s done in sailing,” Malin Burnham, a San Diego sailor and civic leader who teamed with North to win the 1945 Star World Championship when they were both teenagers, told ESPN.

“You know, in the world today, we’re talking about civility. He was the epitome of that. I never saw him upset or arguing. He was always calm, cool and collected. He was a great listener. We don’t have to agree in this world, but maybe we can learn something if we just listen. Lowell was that kind of person. He was special.”

When in 1945 Malin recruited the teenaged North as his crew at a Star world championship, the pair went on to win the title using a mainsail custom built by North.

“It wasn’t me Malin wanted, it was my mainsail,” North is famous for commenting wryly afterwards.

Trained as an aeronautic/aerospace engineer North launched the first North Sails business with a loft in san Diego in 1957. When he sold the business in 1984 it had grown to be the world’s largest sailmaker and become synonymous with technical excellence and performance.

Nicknamed “The Pope” by his peers, North’s racing accomplishments include a bronze medal in the Dragon Class in the 1964 Olympics and the gold medal in the Star Class in the 1968 Games. He won four Star world championships as a skipper, finishing second five times and third on two occasions.

In 2011 he was inducted into the American National Sailing Hall of Fame.