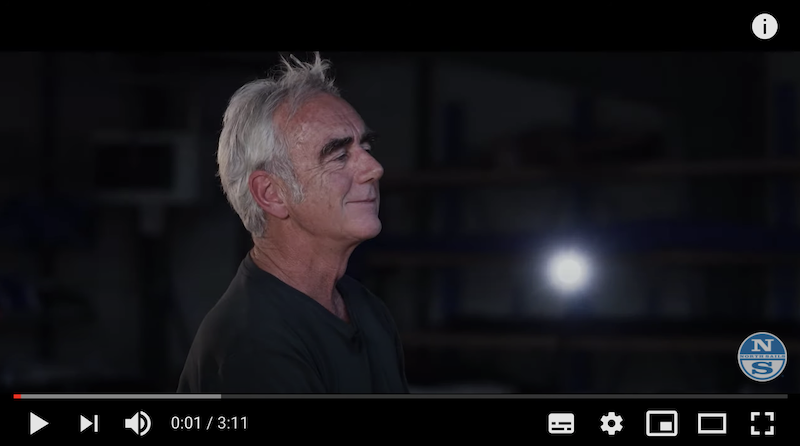 With his impressive list of accomplishments and accumulated offshore miles Loïck Peyron is justifiably regarded as one of the greatest ever French sailors. He took part in the first edition of the Vendee Globe, where he finished second.

Now Peyron has collaborated with North Sails to lend his voice as narrator of a six-part video series about the Vendee Globe in which he shares his perspective on this legendary race through the stories of the exceptional skippers who dare take to take it on.

In this first episode, Loïck recounts the history of the Vendée Globe through his eyes, from its origins to the present day, a race that has left an indelible mark in people’s minds.

Episode 2 – Technology and the Modern IMOCA

In Episode 2 of our Vendée Globe 2020 video series, Loïck explores the phenomenal high-tech advances of the IMOCA. He takes us beyond visual appearances and dives deep into the construction and materials, most notably carbon, used in the boats.

Today, the IMOCA is lighter, faster, and more reliable. The manufacturing methods of these boats are closer to those of airplanes than to sailboats.

“We use the same terms, the same mathematical formulas and the same prediction and simulation tools as those used in aircraft,” Loïck explains. “Generally speaking, the speeds of the boats have been multiplied by four in forty years.”

Episode 3 – The Spirit of Adventure

In this episode Loïck uncovers why competing in the Vendee Globe is so addictive – even for veterans like Jean Le Cam.

In search of a challenge, a record, or an adrenaline rush, the sailors participating in the Vendée Globe are constantly testing their boundaries and pushing their equipment in an attempt to rack up a few miles, hours, days. From them, the open ocean beckons with the taste of adventure and a fascination for the unknown.

“What’s interesting is what you don’t know,” says 61-year old Jean Le Cam, who is taking part in the Vendée Globe for the fifth time. “You are constantly questioning yourself to avoid getting bored.”

In this fourth episode, Loïck looks back at the history of sailors venturing onto the sea and speaks to special guests including IMOCA newbie Charlie Enright, as well as Vendee Globe skippers Kevin Escoffier, Jean Le Cam, and rookie Clarisse Crémer, all three of whom will soon be setting off around the world on the 2021-22 edition.

Episode 5 – The Women Who Race Around The World

A record of six women are included on the 33 skipper roster for the Vendée Globe 2020. This is historic, considering only seven women have participated and six have ever completed the race since its inception in 1989. This trend is a reflection of what we’re seeing elsewhere in sailing, as more women take on leadership positions and compete at the highest level of the sport.

The IMOCA is a big boat with big gear, and female sailors bring a unique approach to solo sailing. This fifth episode of the Vendée Globe video series features their story. Loïck is joined by Clarisse Crémer and Isabelle Joschke to discuss how these six women will approach this great adventure around the world.

Episode 6 – The IMOCA Engine Above Deck

In this episode we have a masterclass on the sails that power the super-charged IMOCA 60s. Charal skipper Jeremie Beyou and PRB skipper Kevin Escoffier join North sail designers Quentin Ponroy and Yann Andrillon to discuss the evolution of IMOCA sail design and what it takes to outfit the latest generation foilers.