Skip to content
You are here
Home > LATEST > Nimble is good 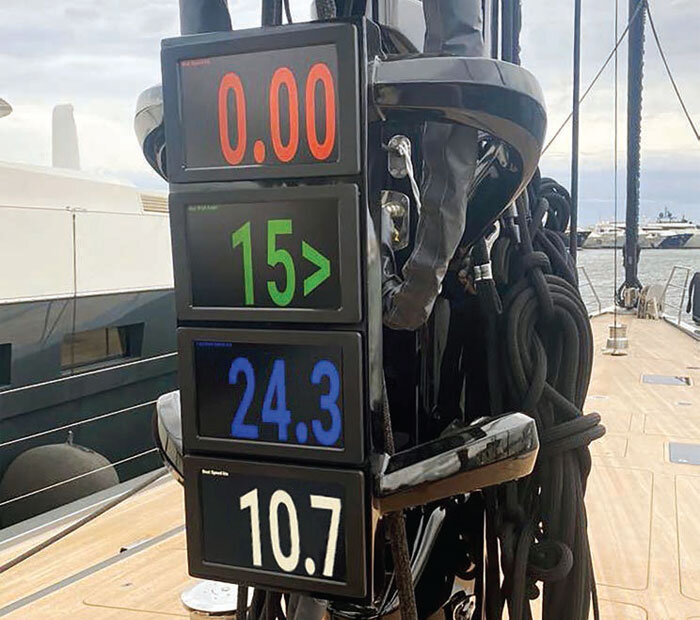 IN ASSOCIATION WITH A+T INSTRUMENTS

Many sectors in the marine industry fall prey to corporate consolidation, where ownership is more interested in volume sales than excellence and a relentless pursuit of innovation. A+T Instruments bucks this trend by being dynamic and privately owned and thus completely connected to the challenges and desires its customers face when either fitting or refitting their electronics.

With decades of experience in the hardware and software of marine instruments, founders Richard Tinley and Hugh Agnew have grown A+T rapidly to become formidable players in the instrument market with a very simple vision: create the best performing and toughest instruments ever made for large yachts, raceboats and classics.

Acceptance of this vision has been rapid – an example is the popularity of the new A+T Big Format Display (BFD) that is the largest in the market. It’s also the toughest: unlike earlier generations of these units in the marketplace, A+T made a good idea better by thoroughly improving on the design so that it could operate not only in the splash zone but be fully immersed and handle temperatures that would kill other large colour displays.

This is not just a laboratory claim: every BFD shipped is tested for 24 hours under one metre of water and has to survive being in an oven at 70°C. One production A+T BFD unit has been kept underwater since METS 2019, with trouble-free continuous operation ever since!

A strong appeal for A+T is for instrument upgrades rather than full replacement. This provides sensible access to A+T’s technology and well-engineered products at modest cost since compatibility is built into the system design to allow existing sensors and wiring to be used with A+T processors and displays. This includes Fastnet with legacy B&G systems, CANbus (N2k compatible) for systems such as WTP and H5000, or Ethernet for A+T systems.

A+T offers this upgrade path from a yacht’s current system to the latest high performance units as a seamless continuum where it’s possible to change out one part at a time as suits that yacht’s programme. This is often a preferred option due to efficiencies in installation timing, cost and other factors, and can have a much lower impact than ripping out an entire existing system only to replace it with an equivalent new system that will become outdated again in a few years. Thus committing to an A+T upgrade path keeps refreshing the instrument system technology to be ensured of being at today’s standards, not yesterday’s.

Another first for A+T is the release of the first Ethernet bus performance instrument system which is now being fitted to a number of new builds, including the new Club Swan 125. A single dedicated Ethernet cable run through the boat can link all sensors and displays. Any connection architecture can be used, long loop or star, and there is no practical limit on cable lengths. A+T makes a rugged, IP67 Ethernet switch for connections plus a slim fully-immersible version for mast brackets.

This innovation not only simplifies cabling but also saves weight. It even allows for using fibre-optics and A+T is working on a large new-build project which plans to run fibre-optic cable around the entire yacht for instrument use. Another key advantage of an Ethernet backbone is that all displays and interfaces can be updated from the central processor and whole system configurations can be saved and reloaded.

There’s a deep culture of customer satisfaction at A+T, where their experience, engineering quality and absolute commitment to direct support is a 24/7 operation. This is reinforced by A+T’s five-year warranty on all parts and systems. A+T has a raft of further innovations for release in the coming year including an autopilot, of which the first installations are completed, and advanced wind sensors.

Since ruggedness, adaptability and reliability are common traits to all A+T products, it is no surprise why nearly half of all the Royal Huisman yachts built since 1985 have A+T equipment and 15 per cent have full A+T systems. It’s no wonder A+T is rapidly gaining market share from its development and manufacturing base in the maritime heartland of Lymington, UK, where the marine instrument business was born, and taking on a leadership position in reliability and innovation.