Skip to content
You are here
Home > LATEST > Much bigger questions 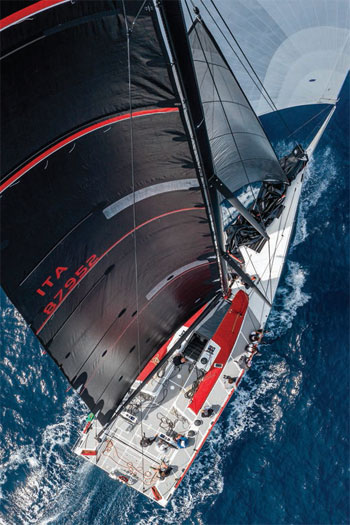 This column should perhaps come with a health warning: ‘not entirely about Maxi yacht racing’.

The large, angry bear in our swimming pool right now cannot be ignored. This came to a head during the most recent RORC Caribbean 600 at the same time as the Russian invasion of Ukraine began. The knee-jerk response was to exclude all further participation by Russian entries.

The problem with a blanket ban on all involved is overall proof of Russian ownership. Most people assume that two of the Maxis in the 600 are both essentially Russian-owned but it is much more complex than that. The problem is that very few Maxis are registered in the country of their ownership. The majority fly flags of convenience, commonly Cayman Islands, Marshall Islands, Malta and elsewhere. The flags and sail numbers usually correspond with those countries. The owners are often theoretically unknown hiding behind companies or consortia, or if known are dual nationals of Russia, Cyprus, Malta, Monaco and so on.

It seems likely that now even fewer of these owners will be willing to appear in plain sight. Our initial action during the 600 was to withdraw all IMA website and social media coverage of the two Maxis with apparent Russian ownership other than the bare announcement of race results.

RORC were unhappy with this at the time as they were keen to continue with a policy where politics and sport are kept entirely separate. This is admirable but circumstances have overtaken this approach. Previous attempts to change political stance by sporting boycotts have achieved little or nothing, viz the partial boycott of the Moscow Olympics in 1980. I hope that this time a much more widespread boycott coupled to sanctions will have more effect.

We followed this action with an email to all the clubs and race organisers with whom we work recommending a ban on entries from Russian owners. Following this came a very weak statement from World Sailing. Finally a clearer statement from the IOC strengthened WS’s resolve and most international classes and member national authorities have now banned Russian and Belarusian competitors and race officials (as has RORC).

We in the IMA are in the perhaps fortunate position where we have no Russian members. What the clubs and associations who do have Russian members will do now will be very difficult; both from a moral and legal point of view.

Moving onto a more optimistic note, the 2022 Maxi season is underway. Although the wretched pandemic has still not gone away each month restrictions appear to be reducing in most of the countries in which we operate. Gradually we are returning to normal and the pent-up demand to return to normal racing is obvious.

Despite the potential risks of going to the Caribbean there was a record entry for the joint RORC/IMA Transatlantic race with Maxis making up a third of the fleet. Inevitably the MOD70 trimarans led the fleet, the wily Italian Giovanni Soldini in Maserati splitting north of Barbados at the very last moment to steal line honours from under the nose of previous leader Jason Carroll’s Argo.

In the Caribbean 600 it was again a close race for Maserati and Argo with an all-star crew including Brian Thompson. This time a tacking battle in the last few miles saw the more agile Argo slip through, the foils on Maserati making her slower to tack. Both tris beat the course record in the 600, but not across the Atlantic.

The camaraderie between the trimaran teams is wonderful to behold. It looks hopeful that more MOD70s will soon rejoin their circuit, which we hope to help manage when we start a new division of the IMA for multihulls of 60ft LOA and above.

In the 600 Skorpios took line honours and Comanchewas second monohull but also on IRC corrected time. It is a tragedy that we will not see these boats racing again for a while and we feel great sympathy for their mostly non-Russian international crews.

The new IMA Caribbean Challenge Series is already halfway through and currently leading are the two ex-Volvo racers from Poland with Leopard lying third. The remaining events, Les Voiles de St Barth and Antigua Sailing Week, may well shuffle this pack. Despite all the problems we have had 22 Maxis racing in the Caribbean this year.

Back to the Mediterranean, the new season looks very promising. Both Palma Vela in Mallorca and Regate di Primavera in Portofino have reasonable Maxi entries but the most exciting prospect is the first ever European Championship for Maxis taking place in the Bay of Naples and including the offshore Tre Golfi Race. With harbour capacity limitations the original entry was to be capped at 25 but currently we have 28 Maxi yachts potentially competing.

Further on we have record entries for Rolex Giraglia and the 151 Miglia (also going around Giraglia Island to the north of Corsica.)

Of course we most look forward to our flagship event, the Maxi Yacht Rolex Cup. Porto Cervo is going to be hard hit economically by the withdrawal of the giant Russian yachts, sail and power, the boarded-up villas and the associated workforce. We hope to be able to bring back an injection of enthusiasm as well as some wealth when we return in September.

Just before I wrote this the very well-known professional sailor Sam Richmond was mortally injured in an accident in Antigua while training, not even racing. This just shows that the loads on Maxis are such that there are ever present serious dangers that can cause such accidents. Our heartfelt condolences to his family and friends.