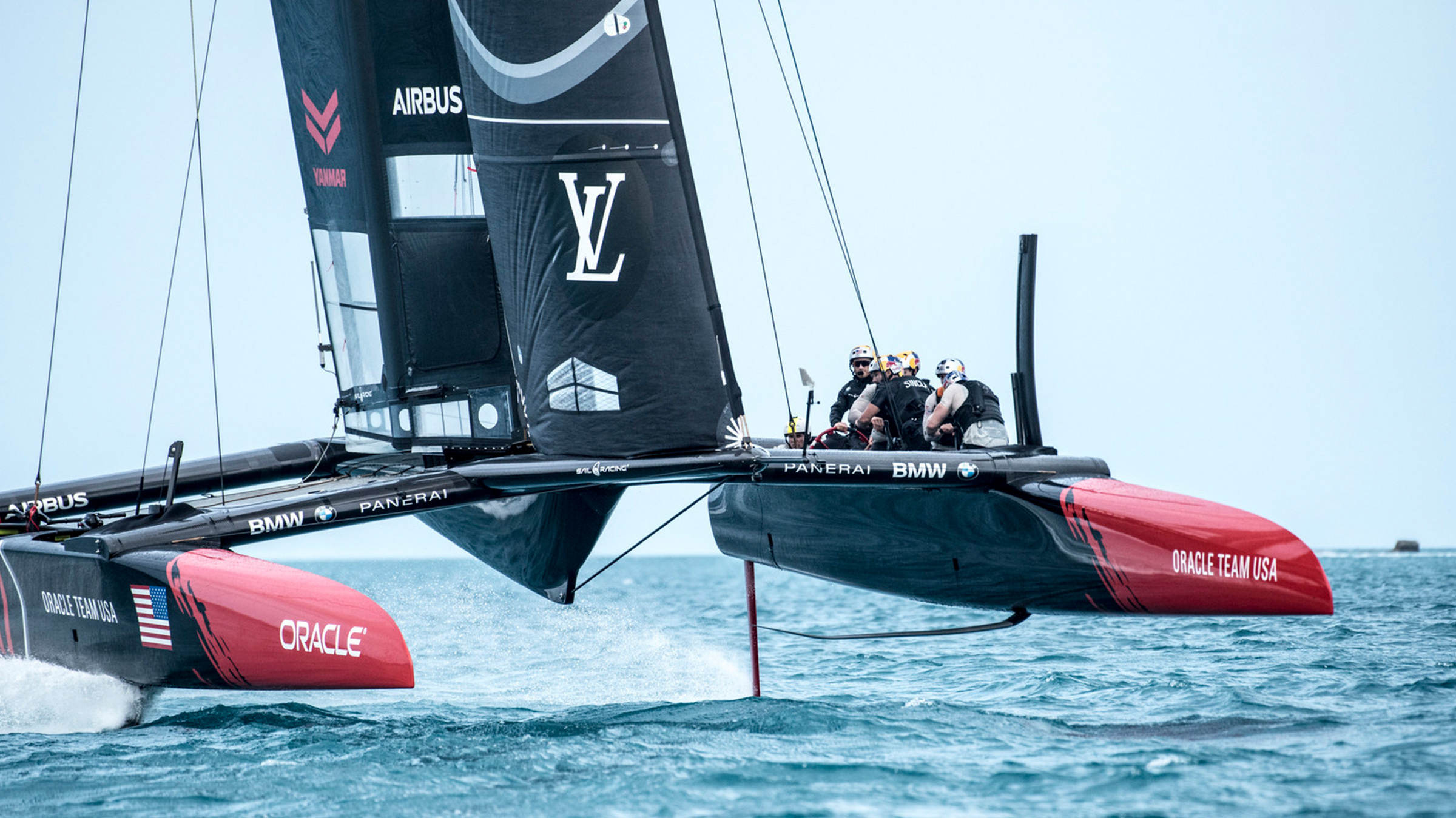 A story posted on the Sky News website suggests that an event will be staged in the UK in October of next year and will be run by Origin Sports Group – the sports management company owned by British entrepreneur Sir Keith Mills.

Neither Origin nor Ellison’s Oracle Racing have been willing comment on the story, however speculation is rife about the regatta series which is believed will feature – amongst others – teams from Australia, United States, United Kingdom and Japan racing aboard modified AC50 foiling catamarans.

Up to five regattas are rumoured to be planned for 2018 – beginning in Sydney, Australia in February – with plans to double the number of events in 2019.

According to the Sky News article:

“Insiders said that Sir Keith’s Origin Sports Group would play a pivotal in the new series’ efforts to build a following in Britain, with the tournament expected to be broadcast on free-to-air television.”

Mills is a keen and accomplished sailor and has a long association with professional yachting campaigns. He ran his own British America’s Cup campaigns and was a key backer in of Sir Ben Ainslie’s, Land Rover BAR at the 34th America’s Cup in Bermuda.

However he was left with plenty of time and money at his disposal after Ainslie unexpectedly pledged total allegiance to Jim Ratcliffe – the founder of chemicals group Ineos – in a £110m sponsorship deal earlier this year.

The British businessman, who owns the marketing rights to the IMOCA 60 class which is used in the Vendee Globe solo around the world race, is also believed to have had his offer to buy the Volvo Ocean Race turned down in favour of Swedish company Atlant Ocean Racing run by Richard Brisius and Johan Salen.

The Sky News article also suggests a launch event for the Foiling 50s circuit – which is widely seen as a fierce rival competition to the 36th America’s Cup – has been scheduled for early October at a venue on the River Thames in London, England.