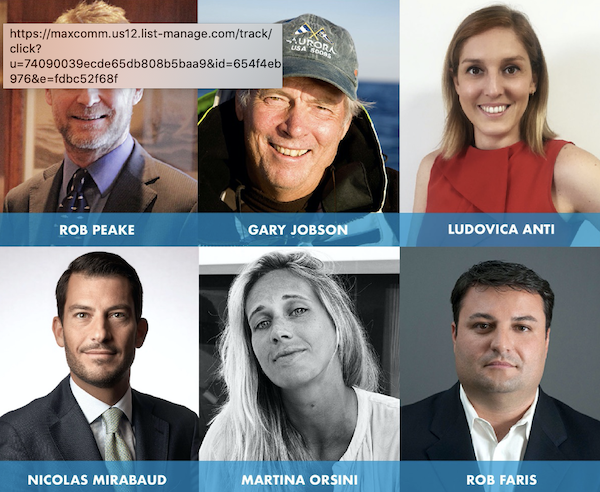 Supported by Group Mirabaud, the Mirabaud Sailing Video Award is the only event of its kind. It is an annual competition for professional filmmakers only, open to cameramen, directors, editors, TV production companies as well as professional sailors who film their achievements during regattas.

Exceptionally entitled the Mirabaud Sailing Video of the Century, the contest will reward the best videos produced between 2000 and 2020, allowing TV producers, directors, cameramen and production companies to showcase their work despite a complicated year.

A prestigious international jury has been elected to select the best videos. It comprises Ludovica Anti, Martina Orsini, Rob Peake, Gary Jobson, Nicolas Mirabaud and Rob Faris. They will have to vote for each videos between 22 October and 2 November 2020, according to the following criteria: general appreciation, quality of the production and originality of the videos. The detailed rules are available here.

Photographer Martina Orsini joins the Jury of the competition for the first time.

“I don’t think it will be an easy task to be part of the jury of this edition: evaluating 20 years of audio-visual material related to the world of sailing, and in these 20 years there has been an incredible evolution both from the sporting point of view and from the point of view of the shooting technology. But regardless of the subject and the medium, it’s the emotion that counts. I would very much like to see a conspicuous participation of the greatest visual authors of the world of sailing.”

Members of the Mirabaud Sailing Video of the Century Jury

Participants can submit their videos here until midnight on October 20, 2020.