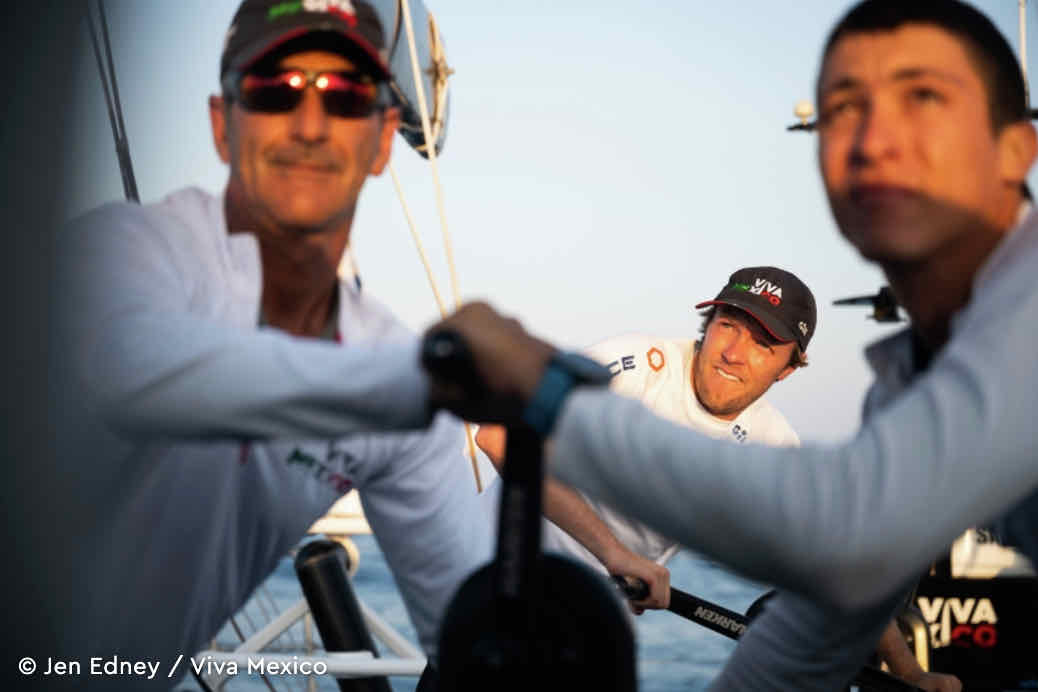 The Viva Mexico team has left its home port of Acapulco for a transatlantic voyage ahead of The Ocean Race Europe.

It was on this day in 1974 that Sayula II, skippered by Ramón Carlin, and representing Mexico, stunned the world by winning the inaugural Whitbread Round the World Race.

Since then, no Mexican team has entered the race. Until now. The Viva Mexico team has acquired a VO65 boat and is aiming to enter the 2022-23 edition of The Ocean Race.

But first, there is The Ocean Race Europe. So the Mexican team is now en route from its home port of Acapulco to Europe, with its eyes on a new challenge.

“It was an emotional day, leaving our home at the Acapulco Yacht Club where we have so much support,” said skipper Erik Brockmann.

“It is a special feeling as we don’t know when Viva Mexico be back, probably not until after The Ocean Race!! With the pandemic, many things have changed and we have had to make the best decisions about how to get the project a step closer to having Mexico back in The Ocean Race.

“Today that step is a 6,500 mile training delivery from Acapulco to A Coruña both to practice and test crew as well as getting the boat there for The Ocean Race Europe. We believe that will be a great event for all the teams both on the water as well as commercially as we work to engage sponsors for our team.

“We have a good idea of our crew line up where we will have two or three ocean race veterans with the rest young prospects for the 2022 race. Viva Mexico has had two homes, Acapulco Yacht Club and San Diego Yacht Club and we are now fortunate to be well received by Marina A Coruña as our team base in Europe so we will likely have crew from all these areas.”

See more from the team here: