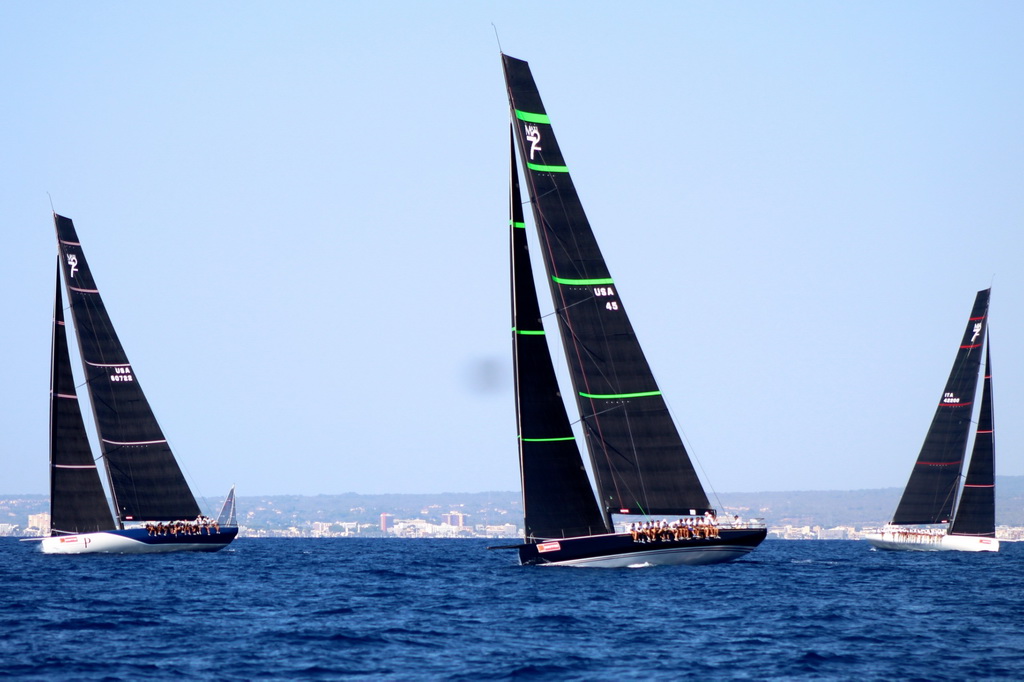 Despite finishing third out of the three Maxi 70 yachts competing at last week’s Copa de Rey MAPFRE regatta in Palma de Mallorca, Spain, the crew of the new American boat Bella Mente are on the upswing as they continue to optimise the boat for the upcoming Maxi World Championship in Porto Cervo, Sardinia in September.

Although Bella Mente – owned and steered by US businessman Hap Fauth – ultimately finished third against Italian winner Cannonball and second placed Proteus in the six-day event, they were in the running on the final day to win the regatta.

“After posting finishes on Friday of 3-1 to Cannonball’s 1-3, we had a chance to win it all going into the final race on Saturday,” Hutchinson said. “But in order to do so we had to win the race. If Cannonball took second, we would share the same score but beat them on countback in a tie breaker.”

However, it was not to be, with that race being won by Proteus who secured second overall, and Cannonball taking a second place to give them overall victory.

Despite the disappointing result, with the world championship now just weeks away, Hutchinson said the team had learned vital performance information about their boat relative to the others.

“To be successful at the Worlds in Porto Cervo, it is critical to know our strengths and weaknesses against our competition, and both the tuning and the Copa del Rey Mapfre regatta helped us further to determine those – so it was a good gain for Bella Mente.”

Hutchinson said the team had set a baseline for the new boat’s performance – an important step after the team was forced out of two Caribbean events (the RORC 600 and the Voiles de St. Barth) due to breakages.

“To be successful in these boats, you have to develop in a smart manner,” Hutchinson said. “Cannonball is very fast and refined. Proteus and Bella Mente are much closer, but I would give a slight advantage to Proteus, especially upwind.”

Hutchinson added that while the Bella Mente Racing team delivered on all aspects of shore-side and racing excellence, there is work to do in the areas of starting consistency and ‘putting together’ races from start to finish.

“The other boats are very well sailed and for Bella Mente it means we have some work to do – which is all good,” Hutchinson concluded.