Skip to content
You are here
Home > Recommended > Matt Sheahan: Could weight categories be preferable to weight limits? 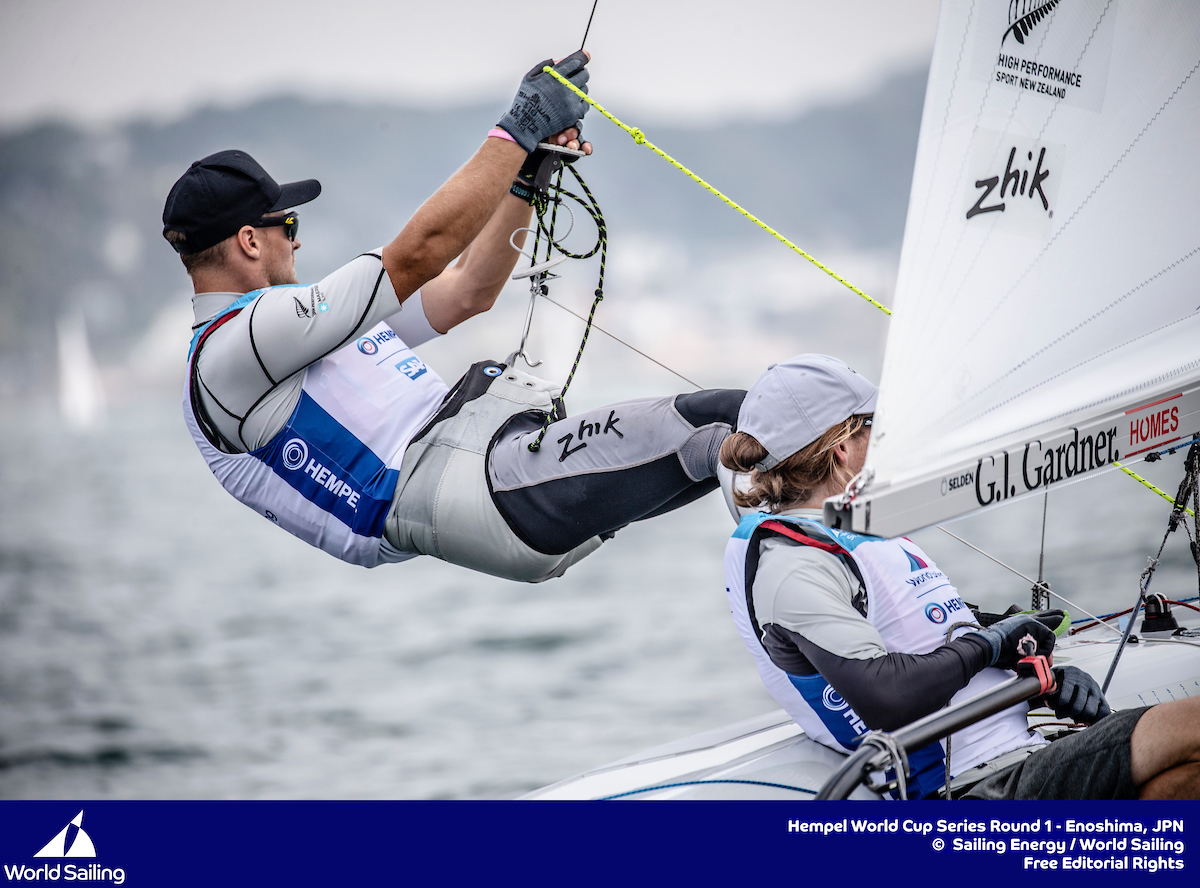 As a self confessed ‘extra-medium’ sailor who enjoys real food and drink, (as opposed to the shakes, nibbles and fruit and nut mixes that seem to be part of a modern diet) and who’s only allergy is an adverse reaction to small portions, there is a serious risk that what I am about to propose will be seen as rather self serving.

But aside from the obvious connection between my appetite and my weight, I believe there is a serious point that could change the way races are categorised and save a great deal of head scratching, complex technical solutions and expense.

At a recent dinghy national championships where as always, some seriously good amateur talent turned up, my crew and I set our goal as finishing around the middle of the fleet. We are realistic about where we lie in the overall pecking order and we know that just like any other team, we have good days and bad.

Yet, because we are at the upper end of the weight range we also know that we have an advantage in the stronger breezes and can, in the boisterous stuff, punch above our weight so to speak. Indeed, we have embraced this fact and worked hard to ensure that we not only make the best of our weight advantage, but believe in ourselves sufficiently to always turn up at the start line, whatever the weather until the race committee call it off.

We have also worked hard to make sure that we enjoy the stronger conditions too, which we do.

Naturally, the flip side is light winds and while we continue to learn new tricks to keep a heavy boat ghosting along, when it comes to a chop we stop and struggle to get going as quickly as the lightweights who accelerate more readily.

Of course they would argue that they are at a disadvantage in the breeze and while I broadly agree, there are techniques and styles of sailing that are seeing the flyweights fire off downwind, deeper and faster than the ‘extra-mediums’ can possibly hope to achieve.

None of which is really any surprise. The 49er fleet is just one of several that has seen crew weights reduce as new skills are learned. This is great for those that can achieve it and of course the obvious answer to the extra mediums is to lose weight.

Yet, the reality seems to be that at as humans are getting bigger in general, the optimum crew weight is coming down. Getting under the weight bar is becoming harder and harder, especially in dinghies and sports boats where 75kg is considered a ‘normal’ weight.

In Olympic sailing the problem is becoming more acute following the loss of the Star and now the Finn, two classes that provided a boat for the larger, or to my mind, normal sailor.

The issue is the same aboard keel boats, especially those that have both a maximum limit on all up crew weight and crew numbers. Some boats simply don’t enough space for more crew, even if it were allowed. 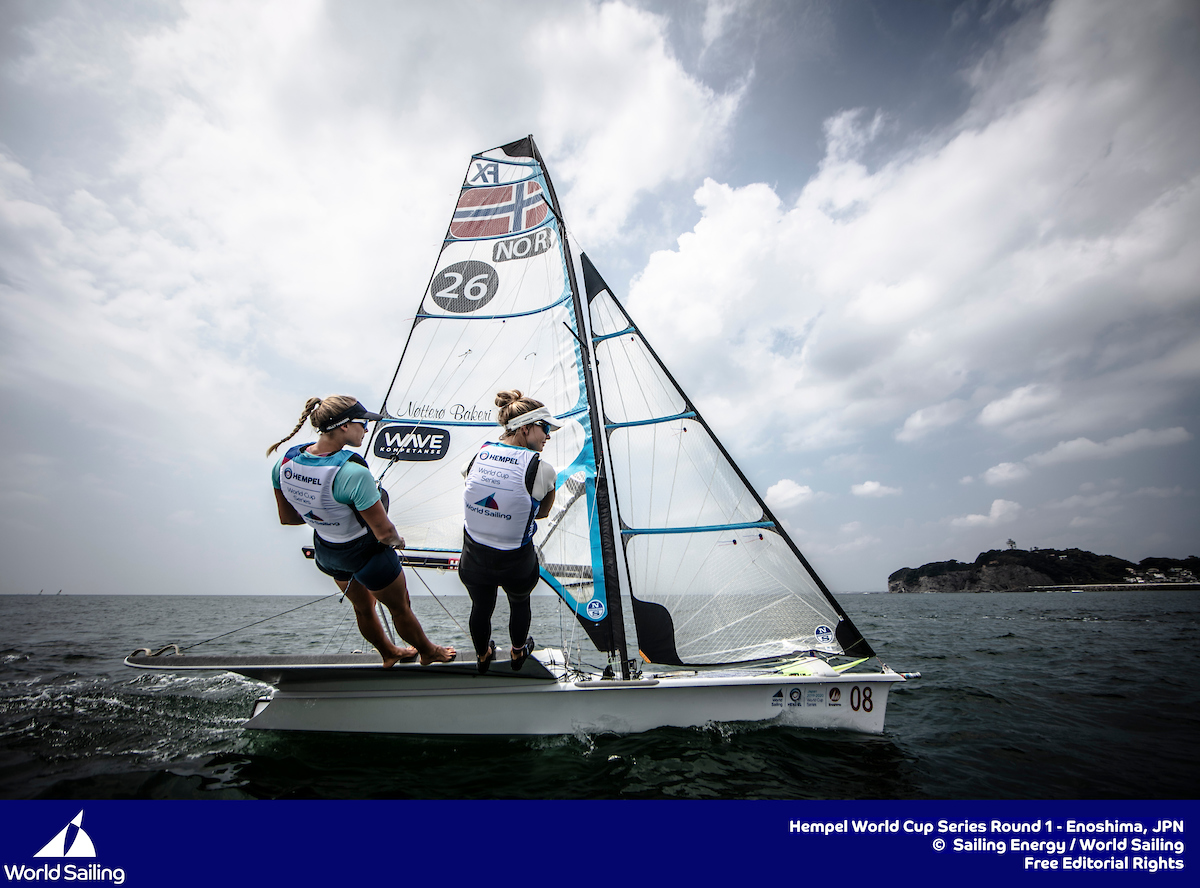 The answer in the dinghy world for a while was weight equalisation where adjustable racks and corrector weights helped to even out the fleet. It remains a great idea and provides closer racing by restricting the righting moment and equalising the all up weight, but in most two person boats it only works when both are sitting out or both on trapezes. It is noticeable that the development of these kinds of boats and their weight equalising systems seems to have stalled.

So rather than trying to make sailors the same, why not have crew weight categories?

Setting Olympic sailing to one side, racing would still take place as it does with one fleet, but just as some provide sub categories of Gold, Silver and Bronze, why not have heavyweight, medium and lightweight categories based on set weight ranges?

Doing so would ensure that in a predominantly light or heavy weather event, the best in the class would be recognised. Such categories could open up the possibilities for more crews too. In any single trapeze boat, the combination of a small light helm and a tall heavy crew is considered essential but finding such a combination is often pretty hard.

In addition, having weight categories could assist in achieving gender balance throughout the sport by reducing the emphasis on physical size. This could work both ways in allowing lighter people to sail in boats that typically require a heavier crew and vice versa.

And when it comes to youth sailing there would be more opportunity for the right combination of skills and crew chemistry and less incentive to focus on weight.

In keel boats the same would apply allowing teams to put together the crew that they wanted rather than having to fit into a team based on size ahead of compatibility.

And perhaps best of all, weight categories could spell the end of the ridiculous and potentially harmful weigh-ins at championship regattas that set out an upper weight limit when the team registers. Going on a starvation diet for days before, running in a wet suit and avoiding any form of drink before a weigh-in is a ridiculous way to start a regatta, especially if once through you can head off to gorge yourself for the rest of the week.

A set of scales at the registration desk is all that would be required to verify crew weights. And while it might take a while for people to get used to declaring their weight in public, from my experience sailors are more than happy to discuss all up weights and this would simply add some fact to the speculation.

Given that sailing is like so many other sports that have become obsessed with data collection and analysis, we might learn more about one of the simple physical facts that has one of the greatest influences on performance.

But perhaps most important of all, we could go out for a curry and beers without worrying, although in my case it’s clear from appearances that this is not a stress raiser aboard our boat.

One thought on “Matt Sheahan: Could weight categories be preferable to weight limits?”