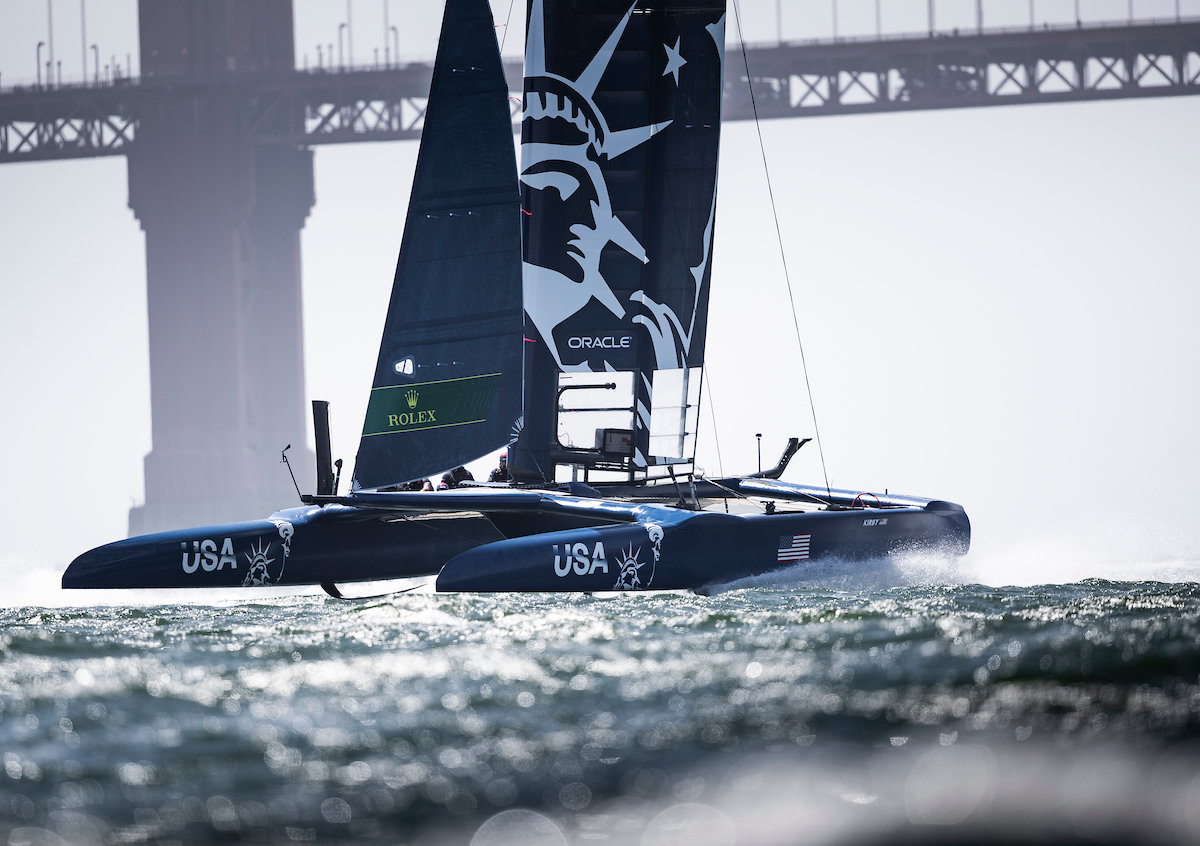 In the first of a regular series of guest editorial pieces for Yacht Racing Life, world renowned yacht racing writer and broadcaster Matt Sheahan takes a deep dive look at the second event of the SailGP 2019 season which took place in San Francisco last weekend.

It’s not often that a yacht race feels too short when you’re a spectator. But SailGP is helping to change that.

In San Francisco at the second event in this inaugural season we saw a superb display of quick fire racing set at blistering speeds. Two days, five fleet races, culminating a match race shoot out at the end, the first of the two American legs delivered plenty of the action that had been promised when the new grand prix circuit was launched last October.

Compared to the days when races dragged on, the rules and tactics were deemed too difficult to explain to the public and the commentary dried up as the boats slogged their way upwind for three miles, SailGP is very different.

Fast, intense racing on legs that barely allow enough time to get more than a couple of sentences from the pundits means that there is often too little time to set out the strategy and tactics of the six boat fleet.
In San Francisco, where downwind speeds were well in excess of 40 knots downwind and 25knots upwind in just 15-16 knots of breeze, the 20 minute races took place at a breathtaking pace.

Not only that, but there were lead changes aplenty, another detail that bucks conventional thinking. Until now, common wisdom has been that if you want close racing, you use slow boats. This is clearly no longer the case.

Now, I freely admit that I’m a sucker for new technology, especially when it raises or changes the game and on that score, perhaps SailGP was always going to be of interest to me. But I’d argue that what we are witnessing in this new racing league is unlike anything we’ve seen before.

Ironically, most of the technology that is making it possible is difficult if not impossible to see from the outside. For starters, while the main foils look like any other at first, they are skinnier and lower drag making them twitchy to handle, yet the sophisticated fly by wire control systems that are fitted to the F50 cats help crews to tame the beast in the same way that traction control makes a Bugatti Veyron manageable for mere mortals. Neither of these details is easy to spot on an F50 cat.

This is also class that is advancing rapidly. Not only are the F50s at the leading edge of the sport, but they are evolving week by week to improve performance and handling as the event organisers work with teams and their lists of suggestions to work towards a goal that keeps racing fast and close. 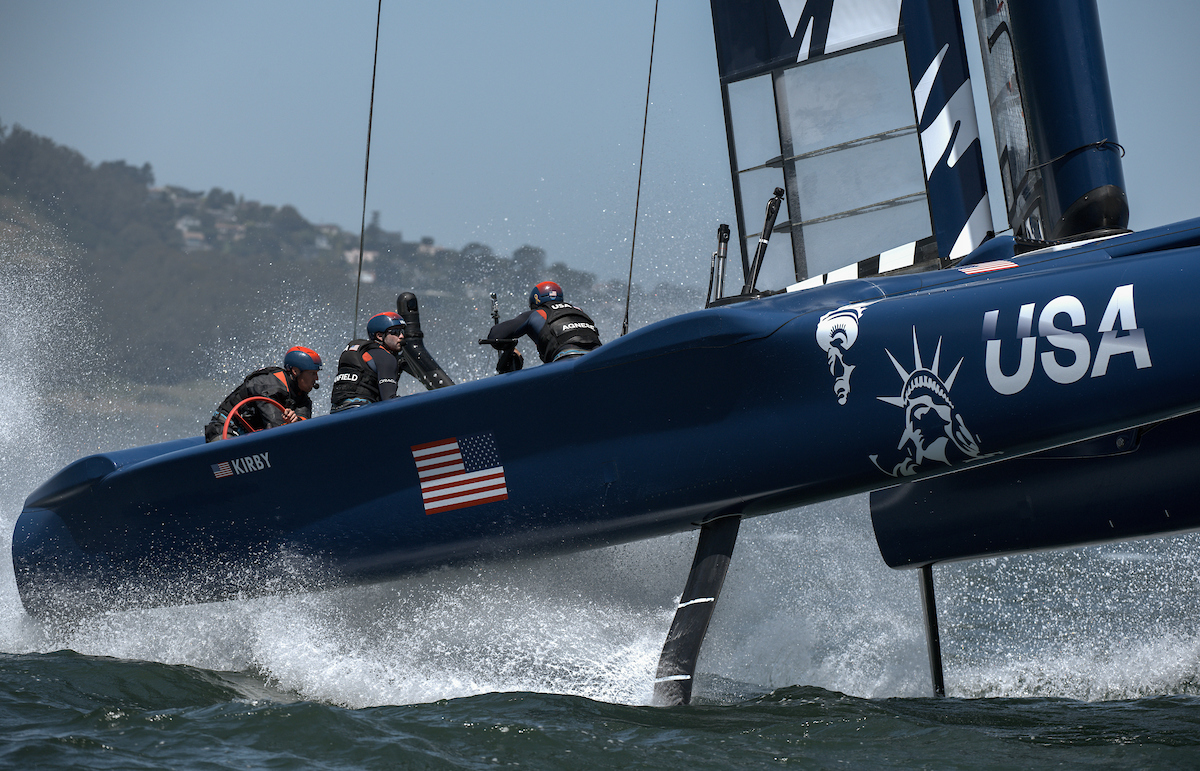 From hardware changes, such as the addition of a second hydraulic pump to ensure that crews don’t run out of hydraulic pressure to handle the foils, to a long list of software upgrades that smooth out the operation of various key controls such as, the way in which the daggerboards are raised and lowered or the manner in which the rudder differential changes through a tack and a gybe to achieve smooth flight throughout. Such modifications have raised the game of the entire fleet by contributing to a sure-footed performance from the teams.

With just two events under their belts it is still early days for the event and its advanced machines as the high tech fleet continues its shakedown. But so far the results have been impressive.

There is no doubt that the racing in San Francisco was closer and more exciting than that in Sydney. And while stronger breezes at the American venue helped to spice up the action, there had been concern during the build up that the typically boisterous conditions at this notoriously punchy venue would divide the fleet into the ‘cans and the cant’s’ at best and a game of ‘last man standing’ at worst. Team China’s massive nosedive that resulted in a destroyed wing mast and team Australia’s narrow escape from a capsize were just two examples.

But come the day it didn’t. Instead, we saw fast racing, tight racing, lead changes, foiling gybes, foiling tacks, face plants, near misses and races that were over in 20 minutes.

When it comes to teams climbing the learning curve we also saw the result of a new openness across the fleet where no data is secret. Any team can see, download and analyse that of any other’s.

Post Sydney, the slower teams were trawling through terabytes of data from their competitors in an effort to decode some of the big guns’ slicker moves. From boat settings to crew movements, teams could learn how to pull off anything from a foiling gybe to a leeward mark rounding like the favourites. And it wasn’t just historical data that was being assessed. Part of the pre-San Fran training involved keeping a close eye on how others were limbering up and looking for clues and comparisons.

But perhaps most impressive of all is the speed with which the teams are climbing the learning curve as new techniques become part of their standard play. For all the high tech controls that are assisting in the background, teams that have spent the most time on the water have developed an intuitive feel for these twitchy, high octane machines.

During Saturday’s racing Tom Slingsby’s Australia team damaged its wing and were unable to sail at full power. Yet from the outside they simply looked a bit off the pace.

On Sunday, some of the same crew suffered physical injuries after a wince inducing nose dive just metres from the finish leaving Kyle Hurst and Sam Newton bleeding with suspected cracked rib to Hurst. Yet, the team went on to beat the favourites, Nathan Outteridge’s Japan Team in the match racing finale.

And while the Australians took the match fair and square, it turned out after the race that Outteridge’s team had no electronics. No boat data, course boundaries, time to burn, start line data, nothing and had to sail by the seat of their pants. With this in mind their performance was as spectacular as the flawless win that Slingsby’s team delivered. 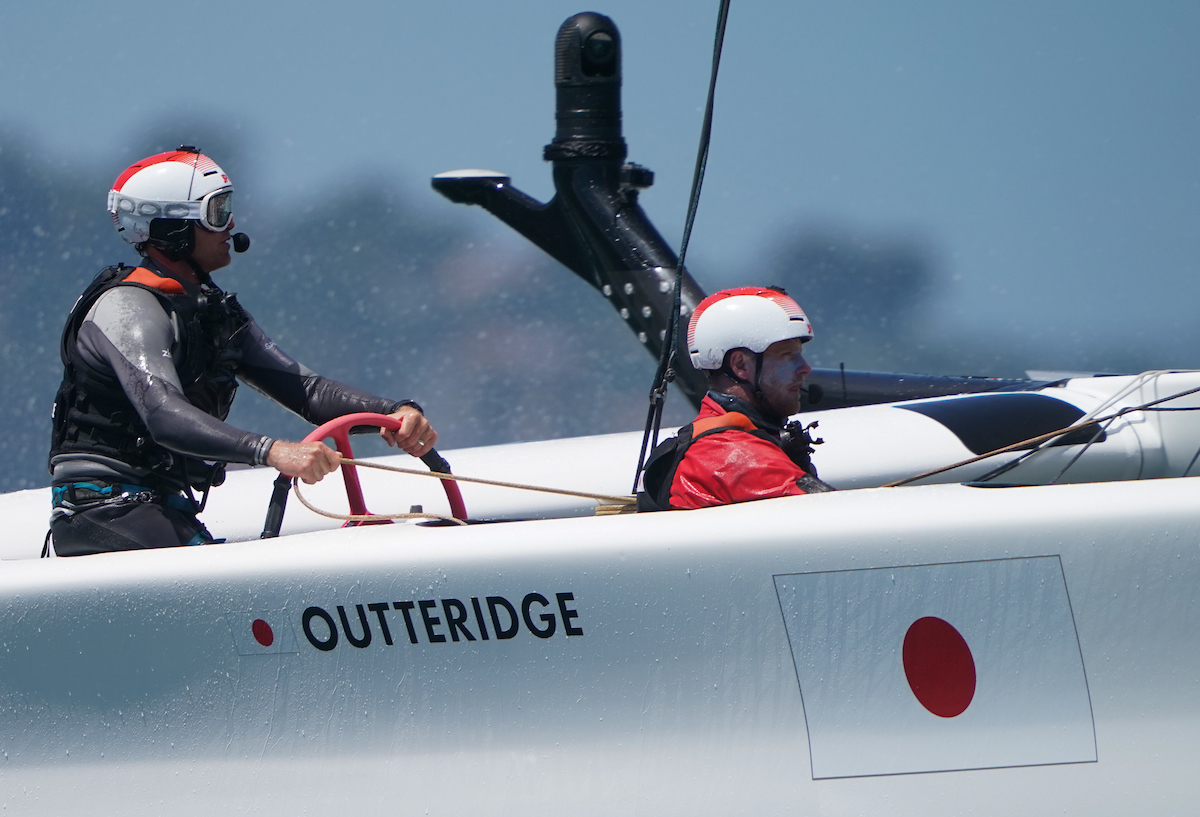 There are plenty of TV motoring shows in which the presenters display what happens when they turn the traction control off on a supercar. The result is often clouds of white smoke and a trip across the grass as the car pirouettes off the track.

When delivered with a similar scenario, Outteridge’s team kept the show on the road while keeping their Australian competitors close enough to put them under serious pressure.

The F50s are seriously quick and deeply impressive pieces of kit handled by a new breed of sailors that are climbing the learning curve rapidly, it’s just harder to see what makes the boats and their crews tick in an intense race that lasts little longer than the first half of a basketball match.