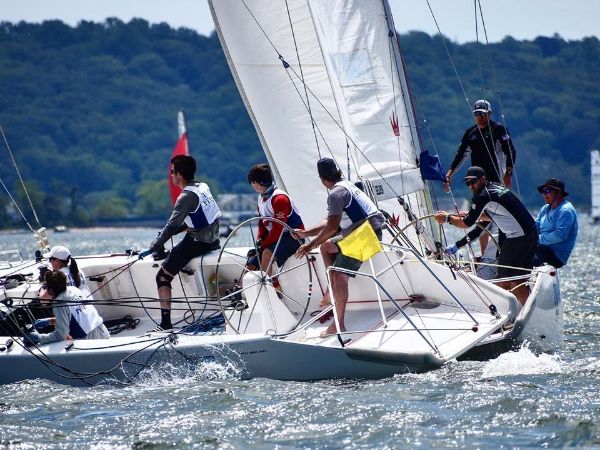 The highest ranked series of match racing events in the United States – The Grand Slam Series – has announced its event dates for 2021 including reuniting with the World Match Racing Tour – the world’s longest running professional sailing series officially sanctioned by World Sailing, the world governing body of the sport.

The Grand Slam Series is made up of four Grade 2 match racing events including The Chicago Cup, International Match Race for the Detroit Cup, Oakcliff International and The Thompson Cup. Each event will also form part of the World Match Racing Tour for 2021 as World Tour level events. Skippers will earn points towards the 2021 Match Racing World Championship by gaining points from each of the Grand Slam Series events to the 2021 WMRT leader-board.

Attracting top match racing talent from around the globe, the Grand Slam title has been awarded 9 times and was on course for one of the most competitive years in the series’ history when unfortunately, it had to be cancelled this year due to COVID-19. The organisers felt that they would not be able to maintain the quality demanded of the series. Each of the event hosts and teams are looking forward to the resumption of international competition for the 2021 series and the entertaining, rigorous and competitive match racing that the series provides close to shore and ideal for spectators.

The Grand Slam Series for 2021 has been scheduled over a short period to make it easier for travelling teams to participate in the entire series and allow for travel time between cities. That so many teams participate in the majority of the series makes the competition friendly yet intense as they continue to race against each other even as one event has ended the next is ready to start.

The Grand Slam is also thrilled to continue their partnership with Congressional Cup, the longest running Grade 1 match race in the US, hosted by Long Beach Yacht Club in California. The winner of the 2021 Grand Slam, awarded to the skipper with the most accumulated points in 3 of the 4 events, will receive an invitation to the 2022 Congressional Cup.