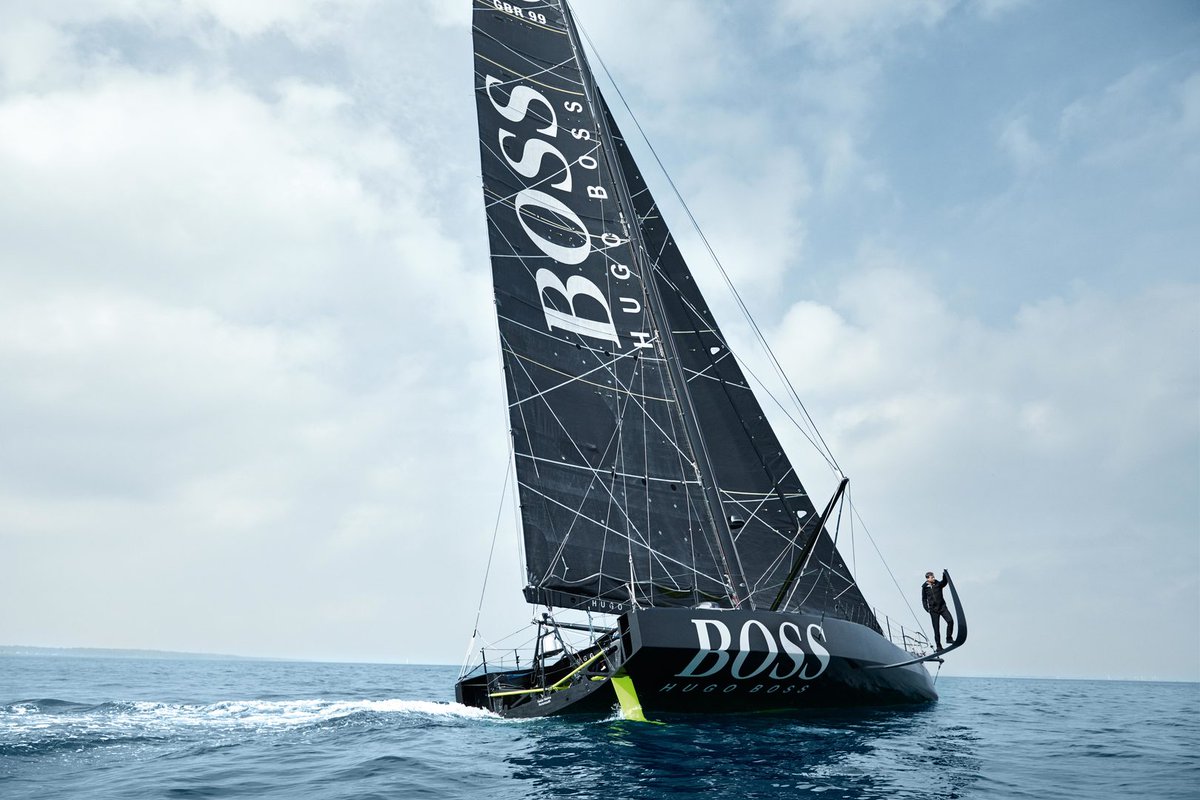 Britain’s Alex Thomson may be best known for his stunts but he really wants to win the Vendée Globe. Thomson failed to finish in his first two attempts, but a third and a second in the last two additions has given him hope that he can conquer this solo non-stop race around the world.

“It doesn’t compute in my brain to give up,” says Thomson, though he has probably been more tempted than most of us to do just that. Perhaps the most critical point came in the 2016-17 edition of the Vendée Globe. Held every four years, the three-month race through mountainous waves, treacherous temperatures, and pitch-black nights is not for the timid.

Thomson’s boat, the Hugo Boss, was in good shape as the group of 29 skippers set out on their odyssey. There was a very real chance that Thomson would finish as Britain’s first ever Vendée Globe winner. However, just 11 days after setting sail, the boat collided with an unidentified object in the water, breaking the starboard foil.

To many others, this would have signalled the end of the race. However, despite sailing for two and a half months with the broken foil, Thomson not only finished second, but also with the second fastest time on record – 74 days, 19 hours, 35 minutes and 15 seconds. He came in only 16 hours behind the winning boat.

Thomson’s father was a search and rescue helicopter pilot, and as a boy he hoped to follow the same career. But it was revealed at 17 years that his eyesight was so poor that he wouldn’t be accepted into the navy. “My grand plan was gone,” he recalls. However, the sea still beckoned.

“Sailing was my hobby, and I managed to turn it into a job. When I did my first offshore race in 1995, I found my vocation. One of the things that is unique about offshore sailing is the humbling moment when you can’t see land, and you realise how small we are. That’s an experience I still love today.”

Even for an experienced sailor, says Thomson, sailing single-handed non-stop around the world is an intimidating prospect. “I’d identified that was the direction I wanted to go after I won the Clipper Round the World Race in 1998-99, and I distinctly remember my first Vendée Globe in 2004: the daunting feeling leaving the start, when all the spectator boats turn around. Fewer than 100 people have sailed solo non-stop around the world, compared with nearly 4,000 people who have gone up Mount Everest, so that gives you an idea of the scale of the difficulty.”