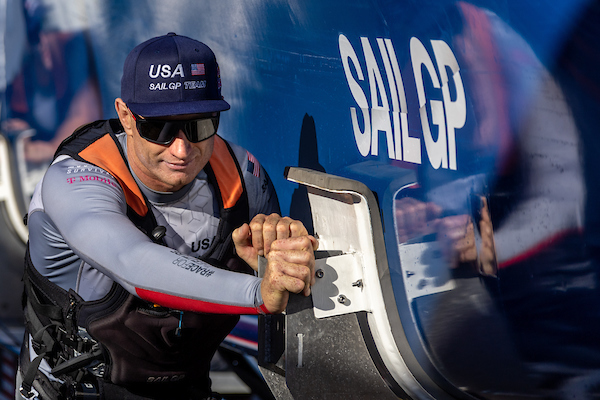 Spithill’s international line up – which includes British wing trimmer Paul Campbell-James andAmerican flight controller Hans Henken – managed to squeeze into last season’s million dollar grand final in San Francisco but has had a torrid time so far this year in Season 3 of the international high-performance circuit. A fifth in Bermuda was followed up by an eighth on home waters in Chicago, a seventh in Plymouth, and another fifth in Copenhagen.

Something finally clicked this weekend in St Tropez as the American team made a spectacular return to form with a 3,2,3 scoreline on the opening day in perhaps the windiest conditions SailGP has ever seen, which they followed up with a slick and assured performance in ultra-light winds on the Sunday to close out their first event win.

“It’s been a long time coming,” Spithill said. “We have just been working really, really hard since the beginning of this season. We backed ourselves, we knew we would get there, we just needed to keep learning the lessons and not worry too much about what was said outside the team.”