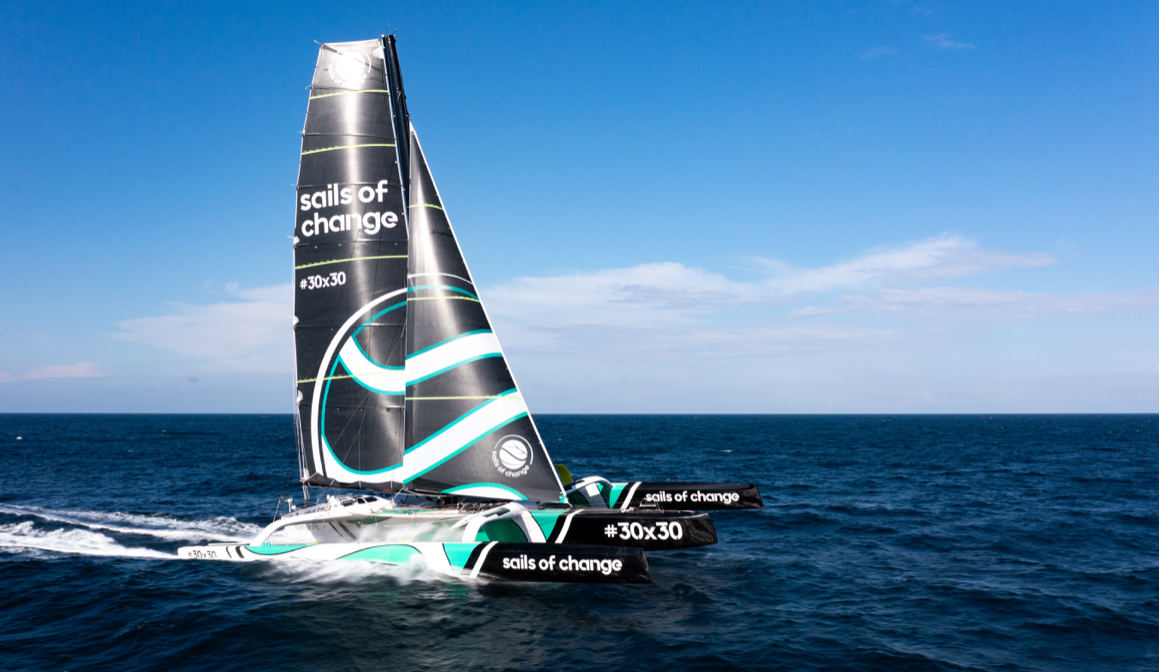 That special time of year has come around again when a certain elite group of ocean racers suit up for a crack at winning the hallowed Jules Verne Trophy for the fastest nonstop and unassisted lap of the planet.

That record currently stands at 40 days, 23 hours, 30 minutes, 30 seconds as set by French skipper Francis Joyon and his crew on the maxi trimaran Idec Sport way back in 2017.

First to declare their intentions for a Jules Verne Trophy record attempt are Yann Guichard and Dona Bertarelli’s Sails of Change syndicate who from Monday October 24 will be on official standby at their base in La Trinité-sur-Mer, France.

The pair will be joined aboard their 37-metre (121-foot) maxi trimaran – the largest ocean racing trimaran ever built – by a hand-picked uber-experienced crew of nine. Onshore weather routing for the record attempt will be provided by Jean-Yves Bernot.

In 2011-12 branded as Banque Populaire and with a crew skippered by France’s Loïck Peyron the French multihull won the Jules Verne Trophy in a time of 45 days, 13 hours, 43 minutes.

Guichard and Bertarelli – who will fulfil the role of onboard reporter during the round-the-world passage – have owned the boat since 2013 and have made three Jules Verne Trophy record attempts.

The first in 2015 saw the then Spindrift Racing finish the course but outside the record. A second attempt in 2019 was cut short by a broken rudder stock in the Southern Ocean near to Australia, and the third in 2019 lasted only a day when the team encountered more rudder issues.

As part of the team’s goal to raise awareness of the urgent need to preserve the world’s ocean and land ecosystems, this latest record attempt will be made without the use of fossil fuels.

There will be no combustion engine onboard to power the boat’s electronics, communications, desalination, and water heating. Instead, the sailors will rely on solar panels, two wind turbines and a methanol fuel cell.