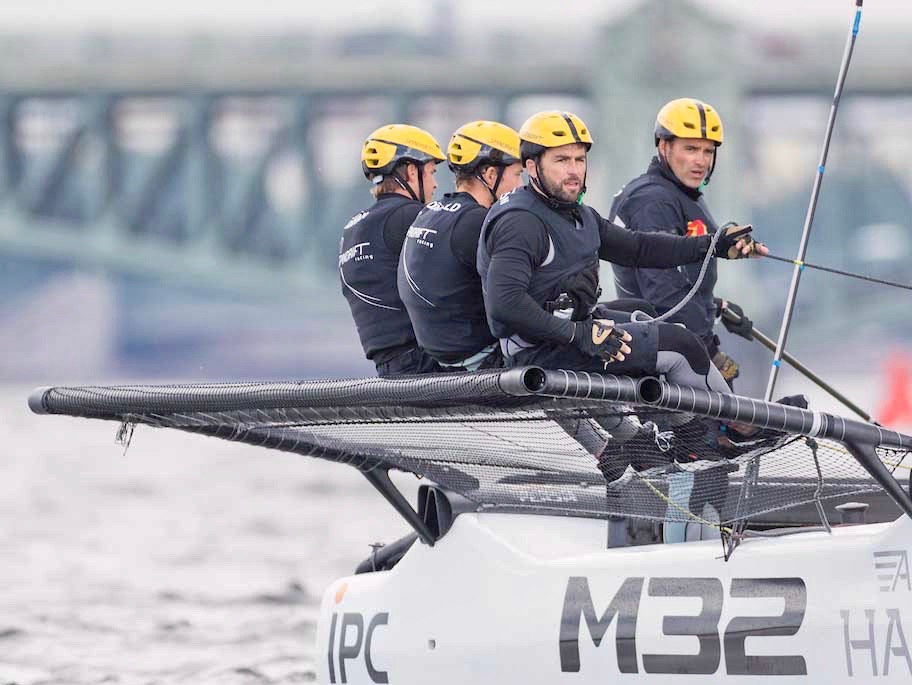 French skipper Yann Guichard has a full and varied season of multihull racing ahead of him this year as his Spindrift Racing syndicate tries to squeeze a World Match Racing Tour final, as well as getting to grips with the team’s brand new TF35 foiling lake catamaran, to say nothing of yet another attempt to lift the Jules Verne Trophy for the fastest non-stop lap of the planet.

Guichard is one of 12 skippers invited to compete at the World Match Racing Tour 2018-19 championship final in Marstrand, Sweden in early July when he will face off against the likes of multiple WMRT champion Ian Williams from the United Kingdom, reigning champion Torvar Mirsky from Australia, and fledgling America’s Cup helmsman and 2013 WMRT champion, Taylor Canfield.

The Spindrift team has also confirmed its participation in the emerging TF35 foiling catamaran circuit which in its inaugural season will feature events on the Swiss lakes and other parts of Europe.

Spindrift Racing has one of the new TF35s – which are designed for lake sailing and are reportedly capable of reaching speeds three times the wind velocity – set to launch soon and will be joining the circuit in November.

Before then Guichard plans to mount another fully-crewed around the world non-stop record attempt for the Jules Verne Trophy aboard Spindrift 2, the team’s 140-foot ocean-going trimaran.

The team’s previous three Jules Verne Trophy attempts over the last few years have ended in disappointment with the team thwarted respectively by unsuitable weather systems, a broken mast, and rudder damage. Since pulling out of the last attempt close to Australia the massive multihull has returned to France by ship and is currently undergoing a painstaking analysis of her structure. Two new rudders are under construction and the boat is expected to be sailing again by this summer ahead of a JVT stand-by window during October and November.

“In the first instance, I’m looking forward to a third attempt at the round the world record with Spindrift 2,” said Guichard. “I hope that the weather will be with us and that we will have the opportunity to do the attempt again and try to beat the existing record.

“We will then focus on the TF35, the new boat in the Spindrift fleet. These carbon fibre dragonflies can take off in just seven knots of wind and reach up to three times the speed of the wind! It’s going to be very exciting and we are really looking forward to doing our first tacks on Lake Geneva”.