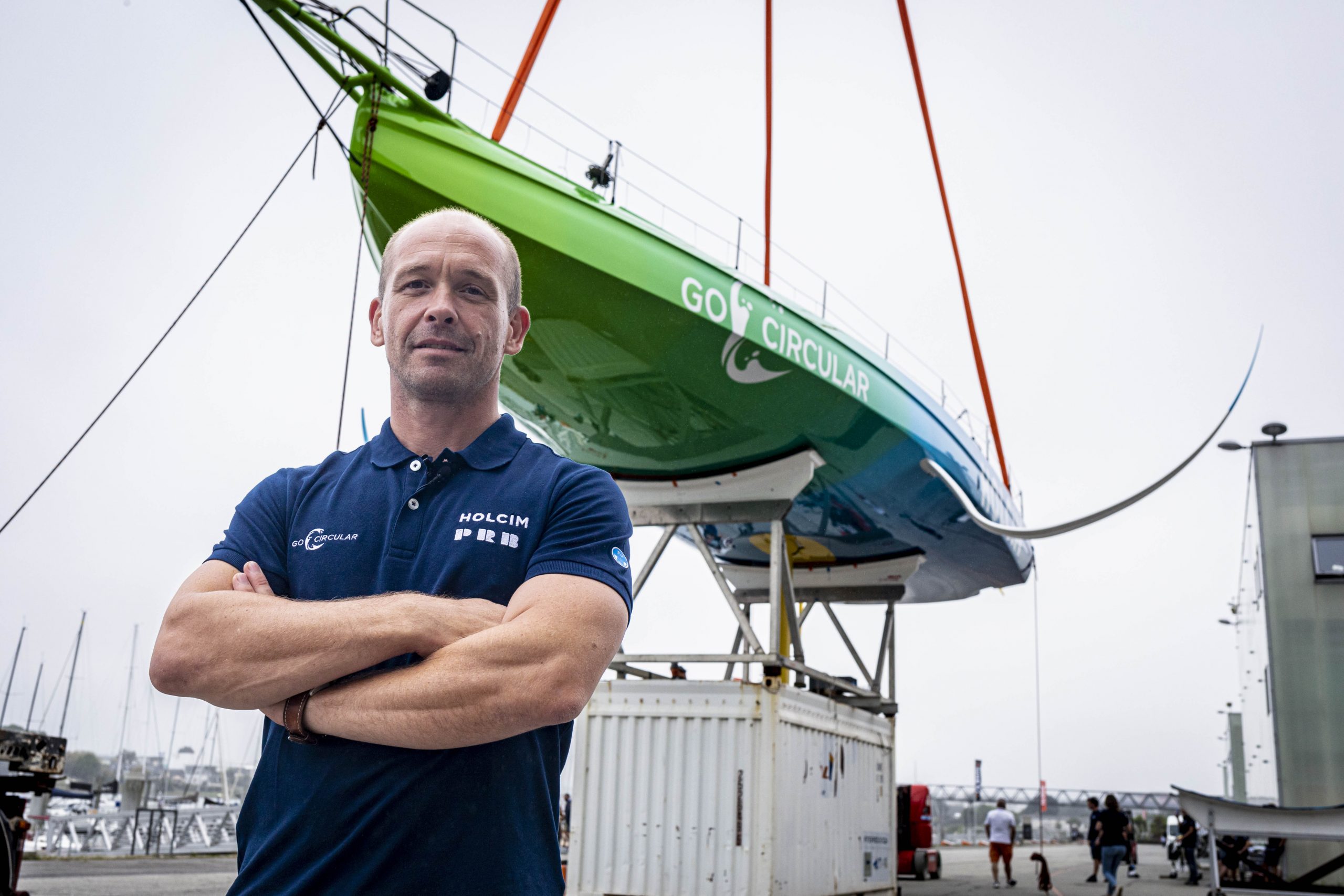 Kevin Escoffier, a previous winner of the event, will enter his new generation IMOCA, Holcim-PRB, in The Ocean Race beginning 15 January 2023 from Alicante, Spain.

Escoffier confirmed his entry as his re-branded IMOCA, in striking green and blue, was rolled out of the workshed in Lorient, France, and relaunched in a ceremony on Monday.

“I love racing, and The Ocean Race is an amazing race where you push 100% all the time,” said Escoffier. “And you share this life with your crew. In 2014-15 it was my first race with Dongfeng Race Team and Charles Caudrelier as the skipper. In 2017-18 I was very lucky he called me back to join a winning campaign!

“Now I’m very happy to come back with my own project. It’s a short timeline. We will have to work hard. But we have a great team…

“The decision to commit to The Ocean Race was only confirmed in July so it’s come just in time… We have some work ahead and it demands some effort on logistics and preparation but it’s all good news and a fantastic opportunity.

“We’re very happy with the boat, with the new branding and looking forward to getting sailing already at the end of this week,” Escoffier added.

“We have a strong, all-purpose boat, very easy to handle and I think it will be a fast boat when single-handing and in fully-crewed configuration for The Ocean Race.”

Escoffier says the team will name the crew for the fully-crewed The Ocean Race in the coming weeks. In the meantime, he will be competing solo in the Défi Azimut in Lorient, France in September and the Route du Rhum transatlantic race in November.