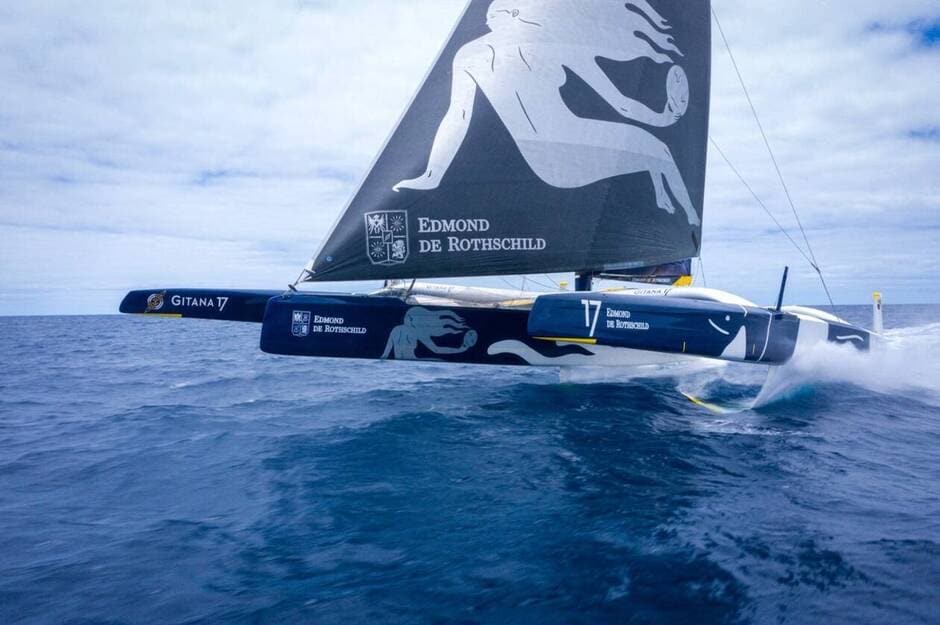 Another crushing blow for Franck Cammas and Charles Caudrelier’s Gitana Team crew aboard the Ultim trimaran Maxi Edmond de Rothschild as their second attempt at the Jules Verne Trophy is abandoned in the Indian Ocean.

The French crew had been setting a record-beating pace since leaving France on January 10. They were ahead of the previous reference time set by Francis Joyon’s IDEC Sport crew by a massive 860 miles when they suffered damage to the rudder on the starboard float.

A thorough inspection carried out by boat captain David Boileau revealed that the rudder stock was damaged beyond repair at sea. It’s a massive disappointment for the crew down in the roaring forties and for their support team back in Lorient.

The team will now make an assessment of the options for the boat to return to France – either direct, or with a repair pitstop in Cape Town, South Africa.