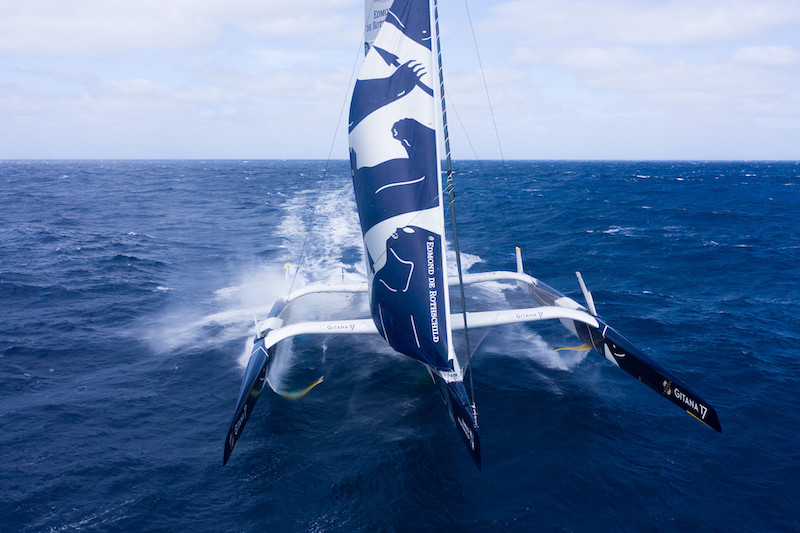 The French Gitana Team crew has pulled ut of the team’s Jules Verne Trophy attempt to set a sub-40 day lap of the planet after sustaining damage to the port foil and rudder on the Edmond de Rothschild Ultim multihull.

Co skippers Franck Cammas and Charles Caudrelier made the decision three days into the record attempt after a high speed collsion with an unidentified floating object caused damage that the team adjudged would comprise the chances of a record around the world run.

In addition to the damage a once favourable weather scenario in the Atlantic has deteriorated, putting a record run further in doubt.

The Gitana Team crew were close to the Cape Verde islands when the decision was made, leaving them a 1,900 nautical mile passage back to their home base in Lorient where repairs will be made quickly to get the boat ready for another attempt.

Sportingly, the team wished their rival crew on Sodebo – skippered by Thomas Coville – all the best with their continuing Jules Verne Trophy record attempt.