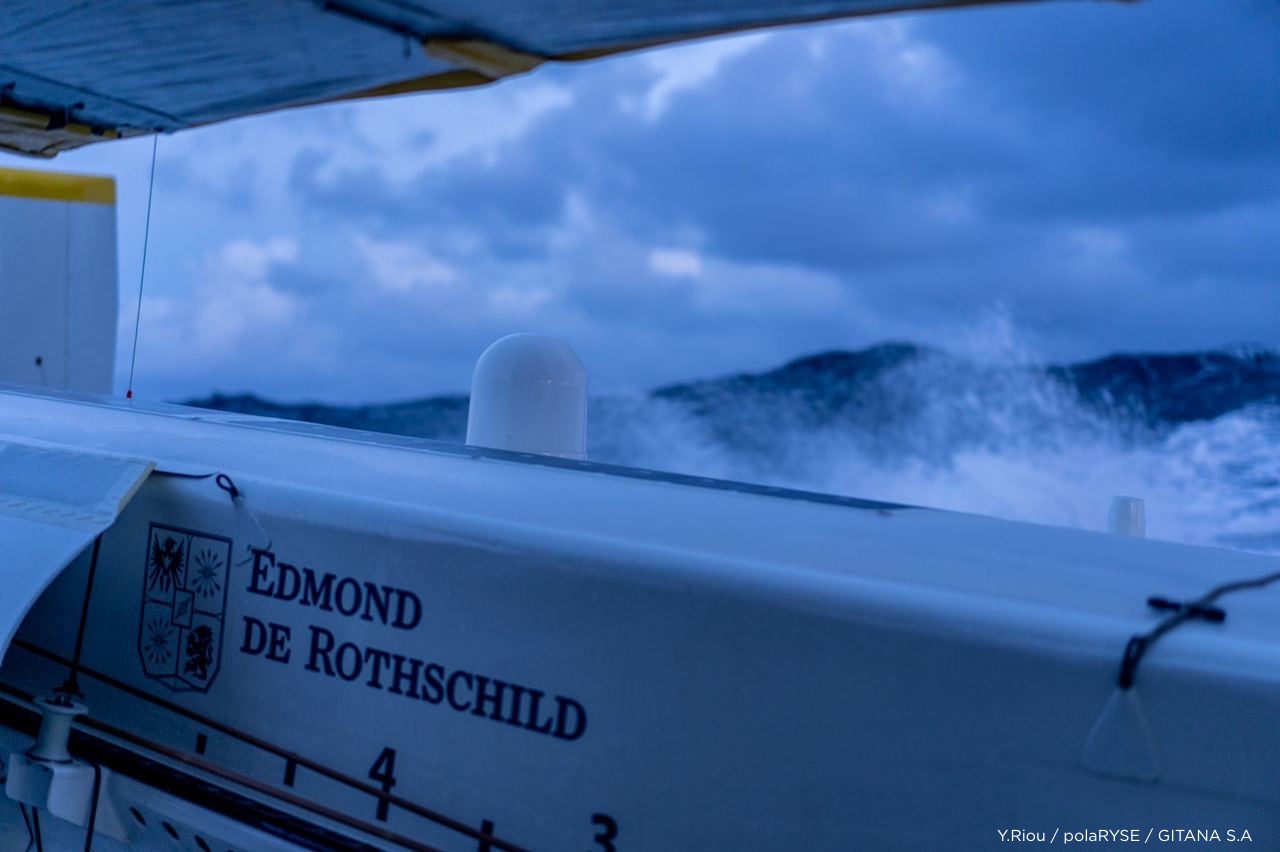 After crossing the Jules Verne Trophy start line close to Ushant at 0133 UTC today Franck Cammas and Charles Caudrelier’s crew aboard the Maxi Edmond de Rothschild Ultim trimaran have been setting a blistering pace that has seen them scorch across the Bay of Biscay and round the infamous dreaded Cape Finisterre at the north west tip of Spain by this Sunday afternoon.

As forecast, a north easterly breeze has ratcheted up throughout the day to around 30 knots with an accompanying building seaway. The six Gitana Team sailors have had to put in several manoeuvres already, but this has served to get them into the swing of things quickly on the first day of their around-the-world record attempt.

“We have to be making an average speed of over 30 knots on the descent – things go quickly on these boats,” reported Charles Caudrelier from the boat today. “However, our first night proved to be fairly calm after a superb departure from the dock in Lorient yesterday in glorious sunshine with our nearest and dearest. It was windy, but the sea is relatively well organised, which is enabling us to take up our watches and get into our rhythm.”

Rounding Cape Finisterre at high speed in a sail powered craft is no straightforward task. It is one of the world’s most congested shipping routes and as such requires the crew’s full attention to avoid a collision.

“It’s an area of convergence for all the shipping headed up to northern Europe,” Caudrelier explained. “There’s a concentration of merchant vessels here as they’re supposed to make the rounding using a narrow shipping lane, which we refer to as a TSS (Traffic Separation Scheme).

“It’s very busy and when you’re making headway at our kind of speeds, you have to be extremely vigilant so that you don’t get caught out as you cross tacks with another boat. On top of that, there is also a weather phenomenon, which particularly stands out in a north easterly wind like we’ve got right now. It’s an area that’s well known for its accelerating wind as there’s a very high chain of mountains which causes the wind to pick up along its length and behind it you can end up in a wind hole that must be avoided at all costs.

“It’s always a bit of a complicated passage here, where you hit strong wind with messy seas and shipping. With the accompanying manoeuvres there’s a lot going on.”

Safely around Finisterre now the Maxi Edmond de Rothschild multihull is eating up the southerly miles at a rapid rate. Caudrelier expects there will be another 24 hours of “boisterous” conditions, but said the forecast was promising, raising hopes of warmer temperatures and trade wind sailing conditions on the way to the Equator. 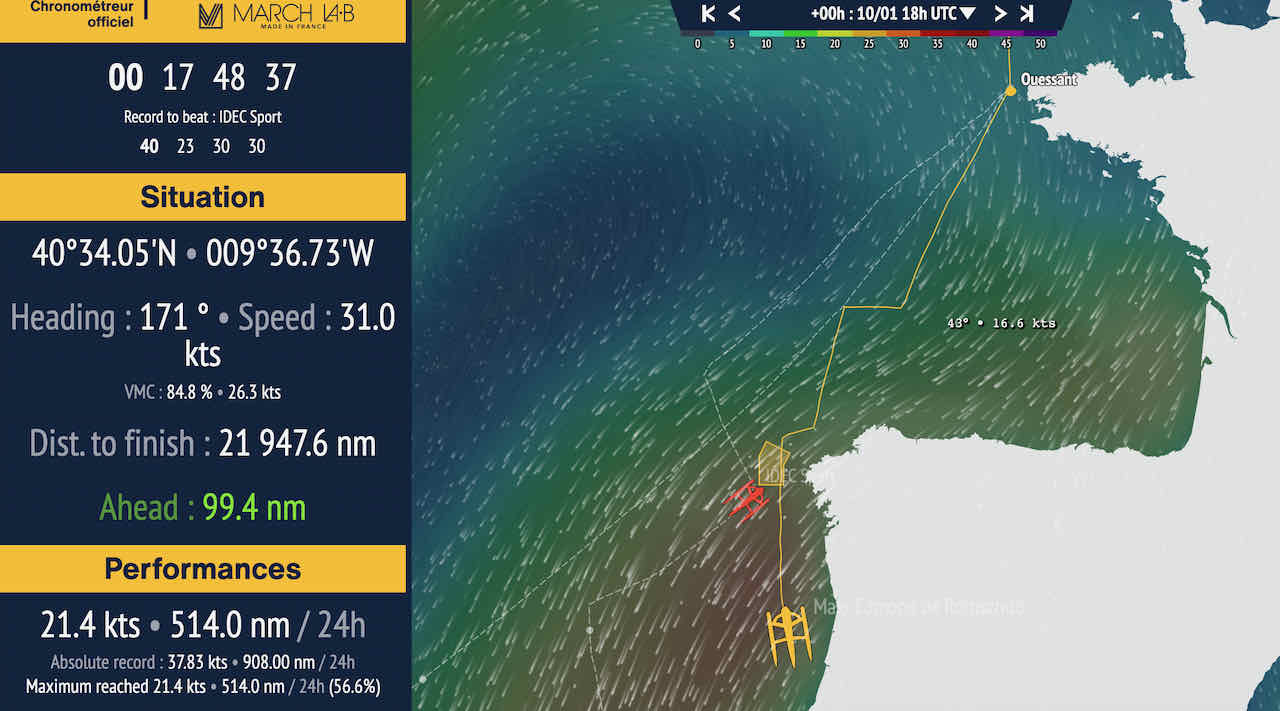