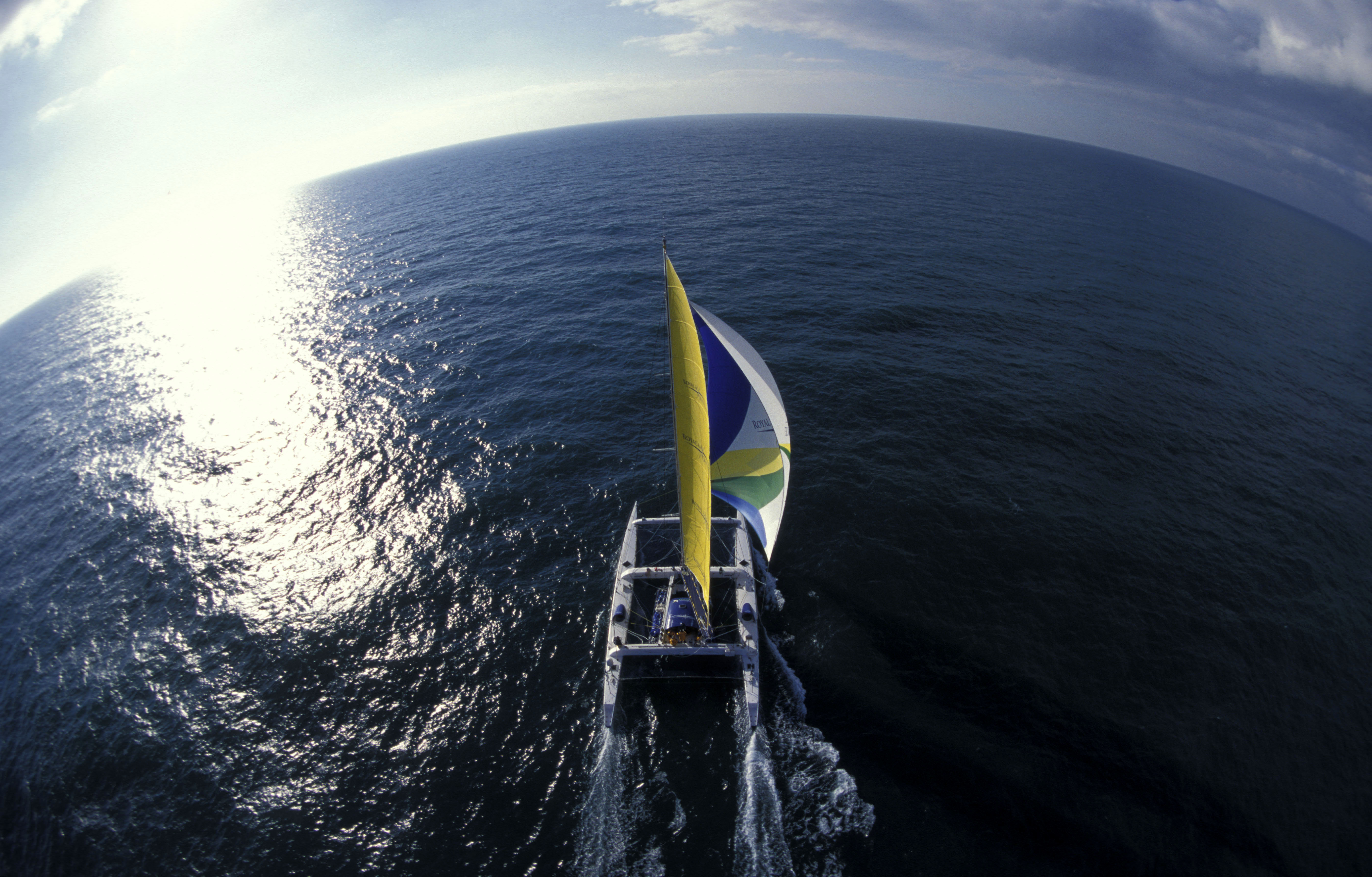 Nine of the eleven women in 1998 who made up the only female crew of  the trimaran Royal Sun Alliance which attempted the Jules Verne Trophy, a crewed circumnavigation without stopovers or assistance, will meet in St Malo on Thursday, October 25.

As Davies and Merron prepare their respective solo campaigns for the start of the Route du Rhum – Destination Guadeloupe, on Sunday, November 4, the women who sailed on the Royal Sun Alliance will get together at the old pirate’s lair of St Malo to reminisce about their unforgettable shared adventure.

Twenty years ago they had their sights set on Olivier de Kersauson’s Jules Verne record. Their dream was shattered after their mast came down off the coast of New Zealand 43 days into the record attempt, and the stories of what drew these talented sailors together and what they went through will doubtless flow.

Only 23 at the time, Sam Davies was fulfilling a childhood dream. Thanks to Tracy Edwards, the skipper, she discovered offshore racing and it was with her support that she found the confidence to embark on a professional sailing career.

Symbolically, their meeting will be on board Energy Observer, a vessel powered by renewable energies and hydrogen, re-built from the racing catamaran, Royal Sun Alliance.

Edwards is currently restoring her beloved sailing yacht, Maiden (themaidenfactor.org), for a three-year circumnavigation with a new all-female crew; a combintion of famous sailors will be carrying a strong message to raise awareness for girls’ access to education.

“It was Tracy Edwards who made me want to try offshore racing,” Sam Davies, who today skippers Initiatives-Coeur and is about to embark on her 25th transatlantic race, said. “At the time, I was in secondary school, I sailed for pleasure and I did not even know that the Vendée Globe existed.

“Before, I thought that “going around the world” was for crazy people (laughs). But thanks to the experience I have gained in single-handed offshore racing, on the Mini and Figaro circuits, I felt competent and confident enough to do something even bigger.”