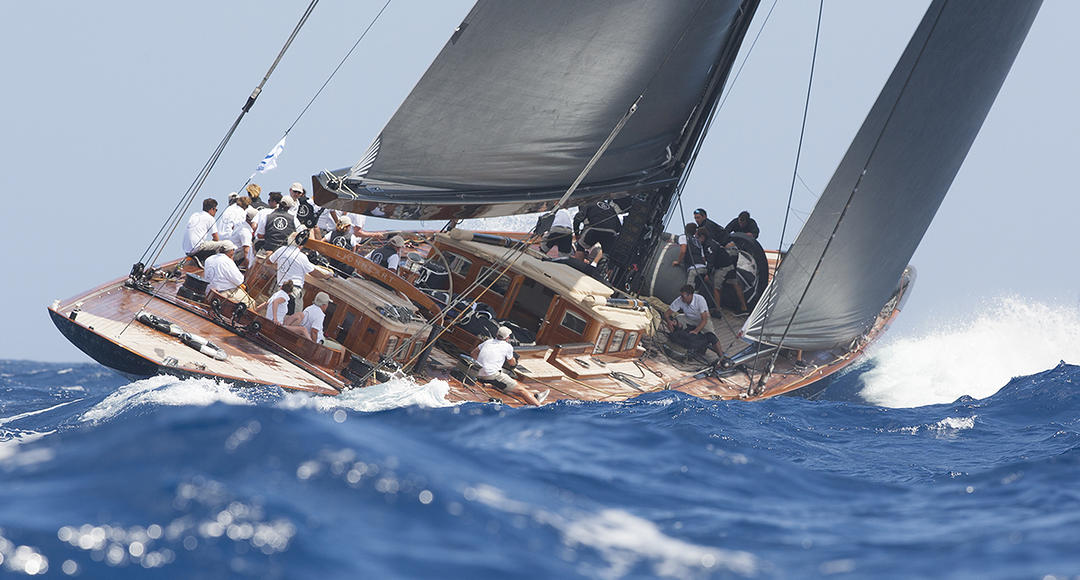 When they muster in March in the Caribbean to race at the Antigua Superyacht Challenge and at the ever-popular Saint Barth’s Bucket, four J Class yachts will form the strongest class fleet since 2017’s J Class World Championship in Newport, RI.

The back-to-back events will mark the notable return of Lionheart which pretty much swept the board during the landmark 2017 season, when the J Class featured in Bermuda during the 35th America’s Cup regatta and then raced for the inaugural world title in Newport.

World Champion JH1 Lionheart will renew her rivalry with the very well sailed and optimised J-S1 Svea, the newest J Class built and the longest ever at 143ft. Racing against them will be J8 Topaz, the ever improving 2015 launch which competed in mixed fleet races last year, where she enjoyed a nip and tuck rivalry with JK7 Velsheda. The immaculately campaigned Velsheda is the only original J Class yacht to race regularly and remains the benchmark operation in terms of boat handling and crew work.

It will be the first time that the J Class have raced as a fleet at the Antigua Superyacht Challenge where they will compete around their own courses managed by PRO Stuart Childerley. Up to eight races will be sailed with the competition programme running Thursday 12th through Sunday 15th March.

The fleet then move north returning to the Saint Barth’s Bucket, which has been a popular fixture on the J Class yachts’ itineraries for many, many years. As ever, the regatta will provide the fleet with a day of windward-leeward racing on Thursday 19th March before following the normal Superyacht regatta programme through to Sunday 22nd March.

These Caribbean regattas will be the first events to be raced under the improved J Class Rule as updated by Chris Todter, the J Class Technical Director, who at the beginning of 2019 was appointed to review and update the rule which came under exceptional pressure during the high octane 2017 season.

“Basically, the rule has been tightened up to remove the loopholes which existed. We have worked hard to acquire much better, more accurate data about each of the boats to add more accountability to the racing,” explains Todter. “The main thing now is there is transparency, and everyone knows what everyone else is doing. There should be no surprises. If changes are proposed to be made, then they must be requested and reviewed well in advance. The ratings are changing somewhat but they are now backed up by much more accurate measurement applied to the CFD of the hulls to correspondingly produce better VPPs.”

Lionheart return to the racecourse with most of their same winning crew with the exception of round the world ace Bouwe Bekking. Kelvin Harrap, previously on Hanuman, will be calling tactics.

Peter Holmberg of Topaz notes: “This is going to be a really big year for the J Class. It is always hard racing and to date we have always felt like we have had to punch above our weight to do well, so we have high hopes under the updated rule. But the joy of the J’s is that you are always, always learning. Velsheda are the masters having been at this for that bit longer. But this racing is always fantastic and, looking forward to racing in New Zealand in the future is just the cherry on top.”

Looking ahead, the J Class have once again been invited to race during the 2021 America’s Cup season. This opportunity has been seized wholeheartedly by owners and crews and Lionheart, Topaz and Velsheda are expected to be joined in New Zealand by J5 Ranger, which has a new owner and is currently completing refit. Adding to the obvious appeal of racing centre stage in Auckland, where the J Class has never been as a fleet, most of the owners are taking the advantage of the opportunity to cruise their J’s across the South Pacific to New Zealand. Indeed, they will progressively head to the Panama Canal this year after sailing in the Caribbean.